Winners of the Your Community, Your Litter-Pick It UP! Jingle And Video Contests Are Announced 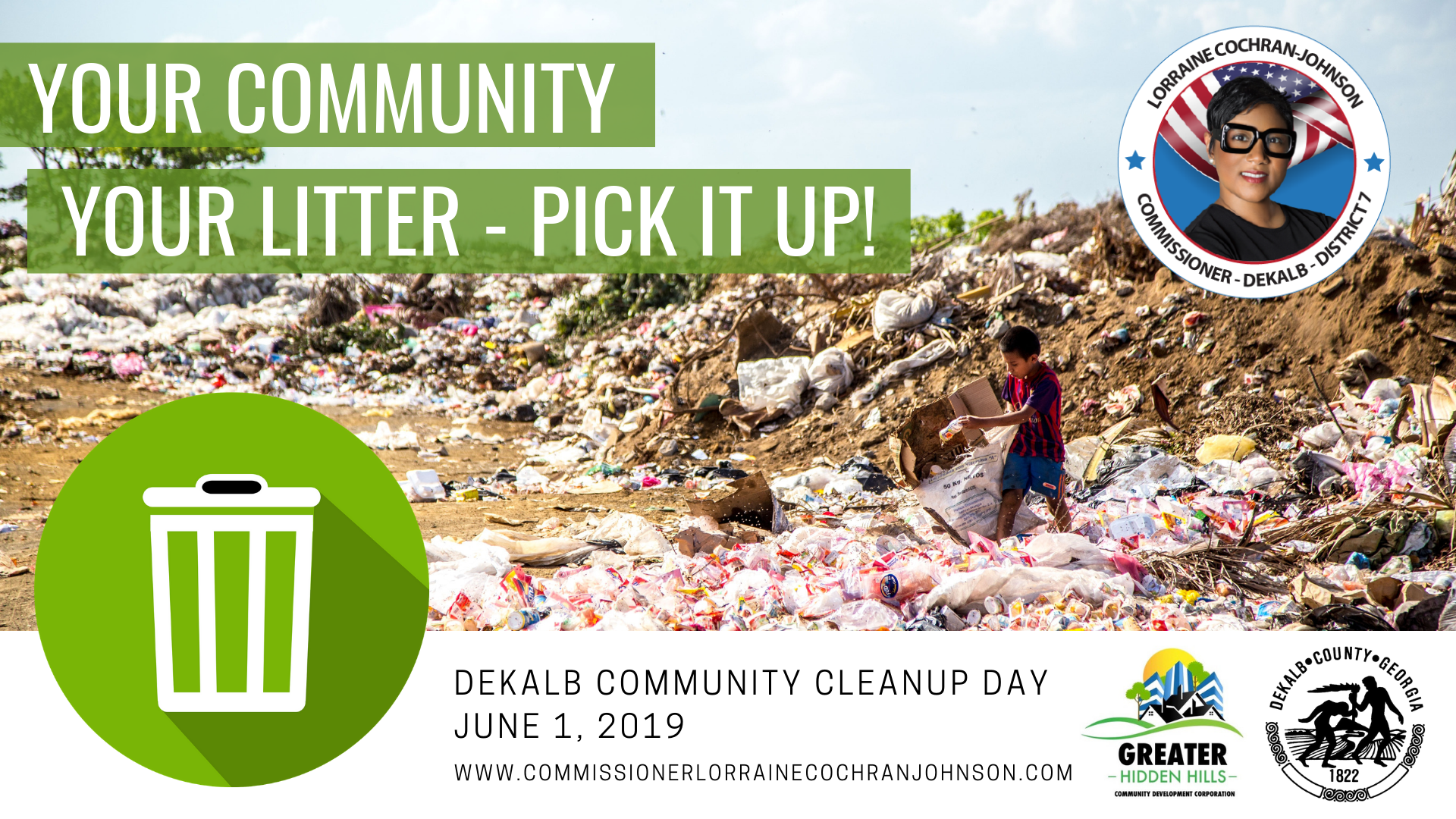 The Greater Hidden Hills Community Development Corporation (GHHCDC) in partnership with DeKalb County Commissioner Lorraine Cochran-Johnson launched the Your Community, Your Litter – Pick It Up! campaign this past March to encourage DeKalb residents to clean-up their communities and eliminate litter throughout the county.

As of part of the campaign, a jingle contest and video contest took place to build litter awareness and promote community pride. Students from DeKalb County were invited to participate and develop original content supporting the campaign theme.

Several entries were submitted for both contests and a committee of judges from the GHHCDC and DeKalb County’s 7th District office came together to tally scores and select winners based on a number of criteria including lyrics, originality, music, interpretation and creativity.

“All of the schools and students that participated were phenomenal and extremely talented,” said Commissioner Cochran-Johnson. “DeKalb County is truly home to some of our country’s most creative youth!”

Fifth grade classes from two elementary schools participated in the jingle contest, and the winning submission is “Stop, Drop, Pick It Up” created by students of Victoria Waterman and Mieya Moore at Eldridge L. Miller Elementary School. 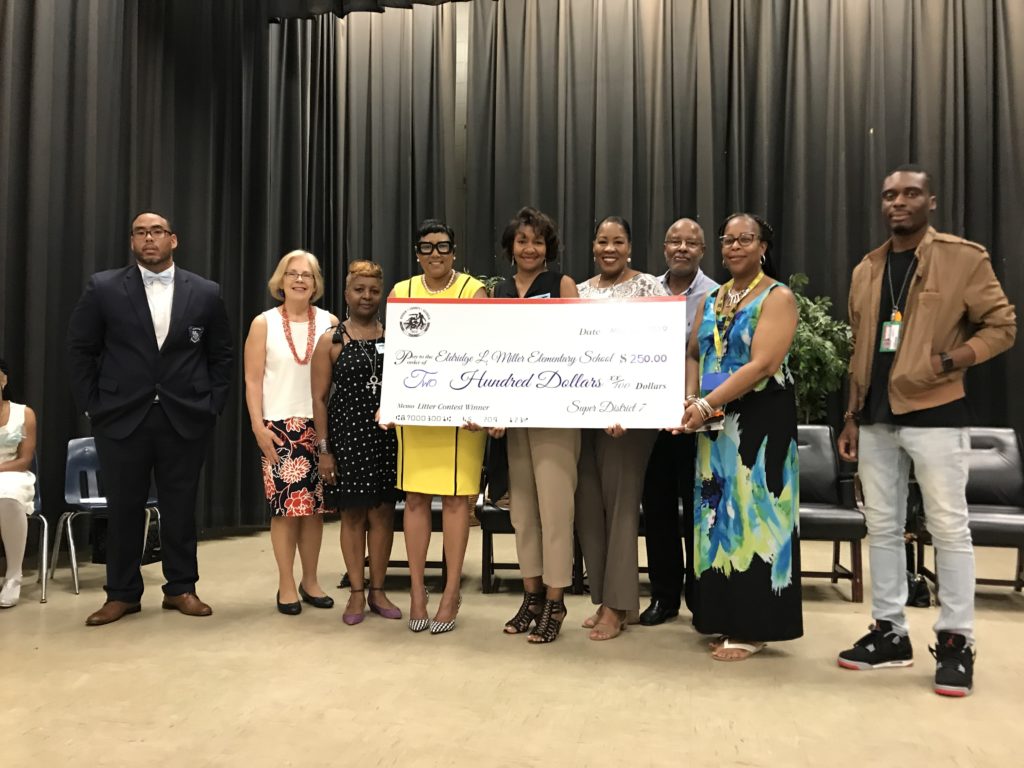 “We encouraged the students to participate because we educate the whole child,” said Mark E. Bryant, principal of Eldridge L. Miller Elementary School. “Not just academically but socially. We teach them it’s important to care for the environment.”

The jingle’s artistic, upbeat tempo and catchy lyrics inspire the listener to engage in picking up litter in their neighborhoods, because “littering’s just not cool”.

Equal in talent to the jingle submissions were the video entries from two high schools. The winner, “Pick It Up: Video 2” by De’Ziya White, a senior student in Joel Kight’s class at Martin Luther King, Jr. High School, gives the viewer a glimpse of what can happen to our beautiful world’s clean water and lush landscapes when one piece of trash is carelessly tossed on the ground. 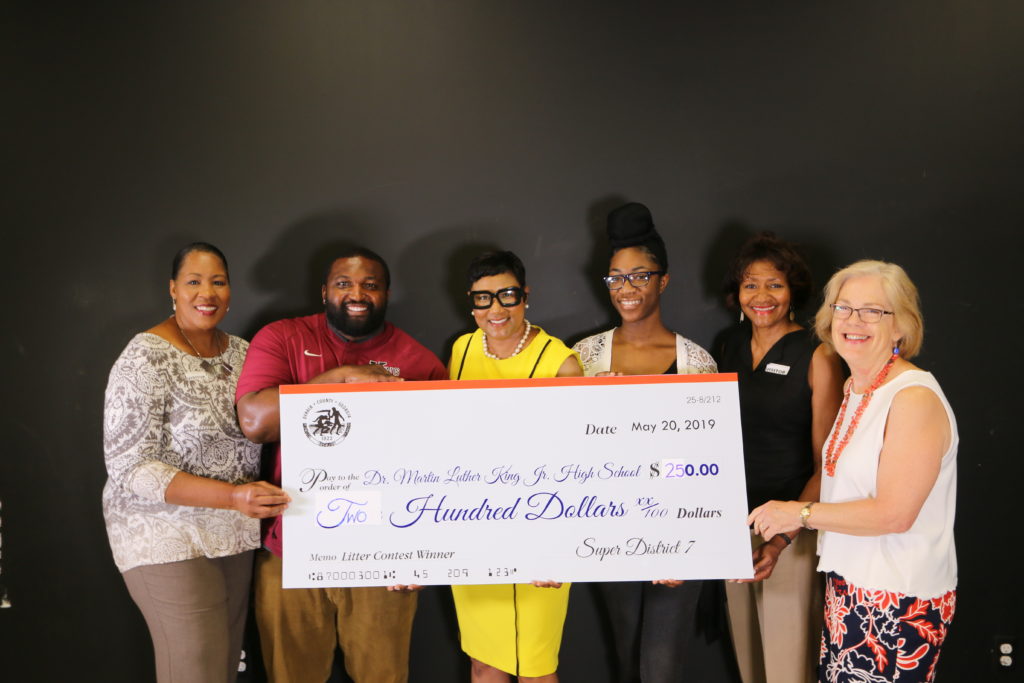 The GHHCDC and Commissioner Cochran-Johnson encourage everyone to listen to and view the winning jingle and video below.

The anti-litter campaign will culminate with a collaborative DeKalb County Cleanup Day on Saturday, June 1, 2019, with the goal of creating a massive presence along roadsides and in high-traffic areas within the four corners of the Hidden Hills Overlay District. Volunteers are asked to meet at 9AM at 1215 S. Hairston Road (just south of Redan and S. Hairston).

Communities who wish to join the effort should email amslocum@dekalbcountyga.gov or call 404.371.3681.