What parents should know about monkeypox in schools 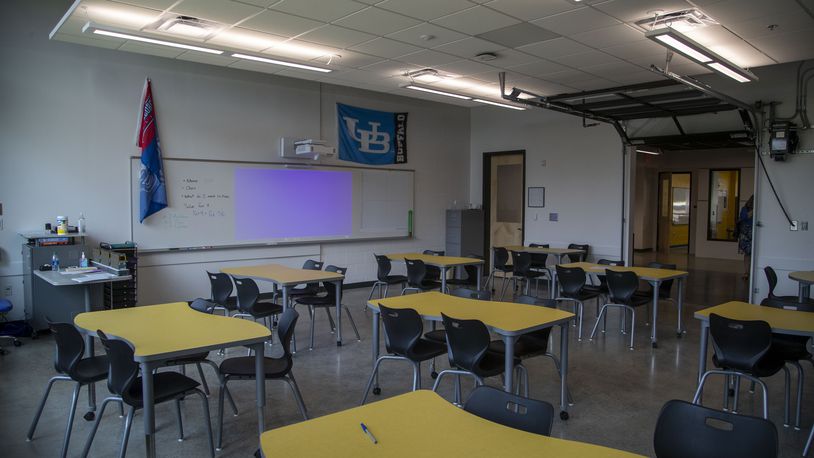 In classrooms, cleaning measures like those used during for COVID-19 can be effective against the monkeypox virus (Alyssa Pointer/Atlanta Journal-Constitution)

By Helena Oliviero and Leon Stafford

One metro school district has already found a case in its staff, but risk for spread in the classroom remains low

As students begin to return to class this week, state health and school officials are on the lookout for cases of monkeypox and at least one case has already been reported.

Clayton County Schools told The Atlanta Journal-Constitution Wednesday that an employee contracted the virus over the summer, but never had any contact with students or teachers.

The monkeypox virus is far less transmissible than the coronavirus and while the virus is primarily spreading through skin-to-skin contact, it can also be spread through respiratory droplets or secretions, and through touching fabrics or surfaces in contact with an infected person. As the school year gets underway in most metro districts this week, schools are taking steps to inform their staff about the virus and considering measures to prevent outbreaks.

Parents should not expect to be informed by their school when monkeypox cases occur among school workers or students. Like other reportable illnesses, health care providers must report monkeypox cases to the Georgia Department of Public Health. But the state Department of Education has no authority to require schools to report cases, a DOE spokesperson said.

DPH is not tracking how many cases are at schools or involve school employees, DPH spokeswoman Nancy Nydam said. She added the agency is continuing to do contact tracing on monkeypox cases, which would include any close contacts and could potentially include workplaces.

Clayton Schools Superintendent Morcease Beasley said in an interview with the AJC Wednesday morning that the district’s first monkeypox case was a non-classroom worker who contracted the virus sometime earlier in the summer. The district reported the case to the Clayton Health Department about two weeks ago and the employee has been in quarantine since the diagnosis. Beasley said the health department did not ask the school district to take any further action as a result of the positive case.

The worker’s infection was well before school began on Wednesday for the 2022-2023 academic year and about a week earlier than when teachers returned to classrooms. While Beasley does not anticipate this case to impact students and faculty, he said the school system takes “any illness seriously,” and is closely monitoring the situation.

Leaders for Atlanta Public Schools and for Gwinnett, Fulton and Fayette county schools — all of which resume classes this week — said they have had no confirmed cases in their districts, which just returned to class earlier this week for most students. Cobb, DeKalb and Henry county school leaders did not immediately respond to queries about any cases in their districts.

Beasley said the district is concerned about any spread that could affect Clayton populations that are vulnerable to the virus, including children under 8 and those without health care.

In Gwinnett County Schools District, where most students will return on Thursday, spokeswoman Melissa Laramie said school nurses and health staff have a meeting scheduled with the county health department to learn more about monkeypox.

The number of monkeypox cases in Georgia rose to 455 Wednesday and includes four women, according to DPH. So far, there have been no children diagnosed with monkeypox in Georgia. According to the Centers for Disease Control and Prevention, Georgia is fifth in the nation for the number of cases. Cases in the state have grown swiftly — on July 1 Georgia reported 11 cases.

Overall in the U.S., more than 6,320 people, mostly men who have sex with men, have been diagnosed with monkeypox. The virus causes fever, swollen glands, lesions and can be extremely painful. Five cases in children have been reported, and CDC has said those are believed to have been contracted from a family member living in the same household.

Nydam said monkeypox is not transmitted like COVID and “typically takes skin-to-skin or another close contact to transmit. Unlike COVID or measles, this means far lower (or even absent) risk to persons that may be in a room with someone, but who do not have contact with them.”

Anyone who believes they may have monkeypox is advised to avoid close contact with others, particularly children. If contact is unavoidable, as in the case of childcare, the CDC advises that caring family members wear masks and gloves.

But in a school setting, a person with an active infection could potentially spread the virus. The CDC reports the virus can spread to anyone by skin-to-skin contact or by touching objects or fabrics or other surfaces that have been used by someone with monkeypox. 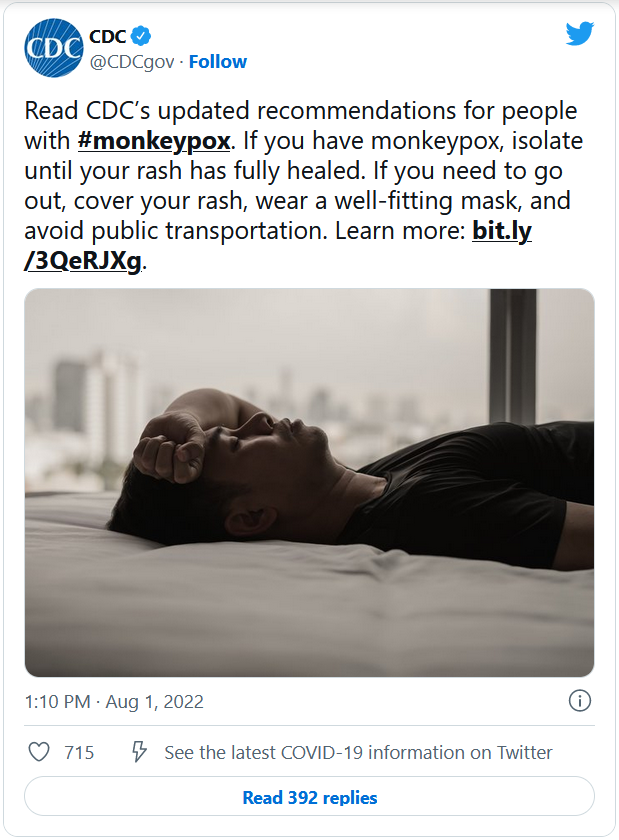 Dr. Jayne Morgan, executive director of the COVID Task Force at Piedmont, said that based on the data we have so far, the risk of monkeypox spreading in a school setting appears to be a “very low risk.”

But that doesn’t mean the risk is zero.

She said families should practice good hand hygiene — washing hands with soap and running water for 20 seconds. She said rigorous cleaning measures, which were put in place during the COVID-19 pandemic, help with preventing the spread of monkeypox.

And for children living with adults in high-risk groups for monkeypox, “Encourage that person to get vaccinated against monkeypox. That is the No.1 thing the person can do to protect themselves and other people in the household.” 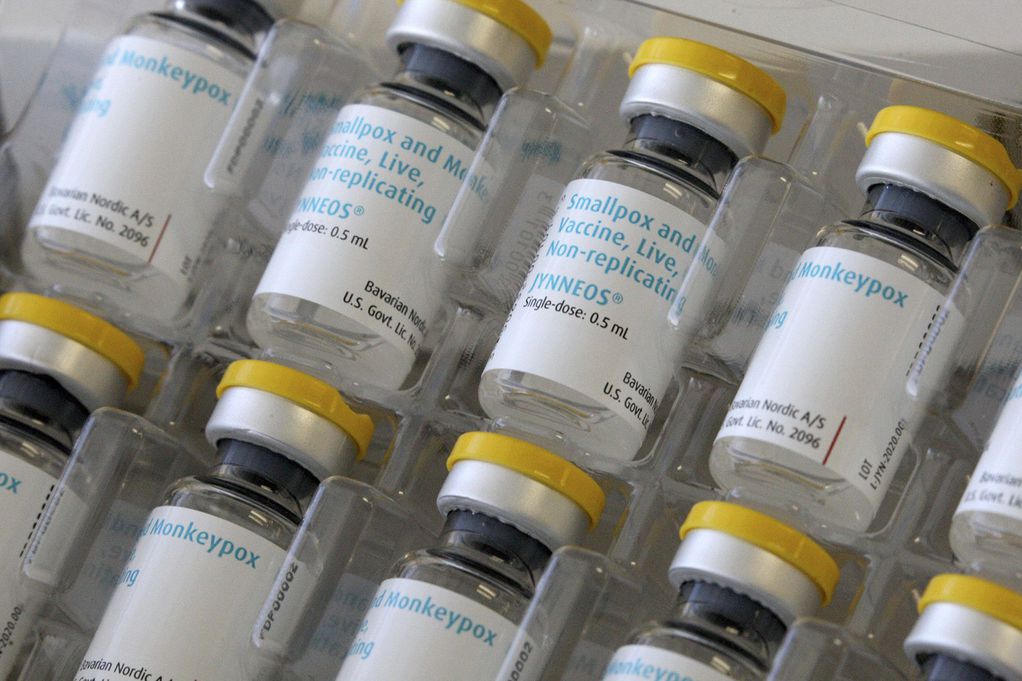 Dr. Hugo Scornik, a Conyers pediatrician and former president of the Georgia chapter of the American Academy of Pediatrics, has been fielding questions about monkeypox from concerned parents.

“The most important thing for parents to understand is that monkeypox is much less contagious than COVID,” said Scornik.

The CDC recently published clinical guidance for clinicians on how to recognize and treat monkeypox in children and it says children under 8 years old could have more severe symptoms, as can individuals who are immunocompromised. But the CDC said this is based on a more severe version of the virus. Data is limited from the one currently spreading around the world — although it is being updated as more information becomes available.

Since May 13, monkeypox cases have been spreading around the globe. Monkeypox virus belongs to the same group of viruses that cause smallpox — a disease that was declared eradicated in 1980.

Two vaccines exist that can be used to prevent an infection or after exposure to lessen its effects, although it remains in short supply. The shortage of vaccine in Georgia and around the U.S. has led to frustration among the communities most at-risk of the virus.