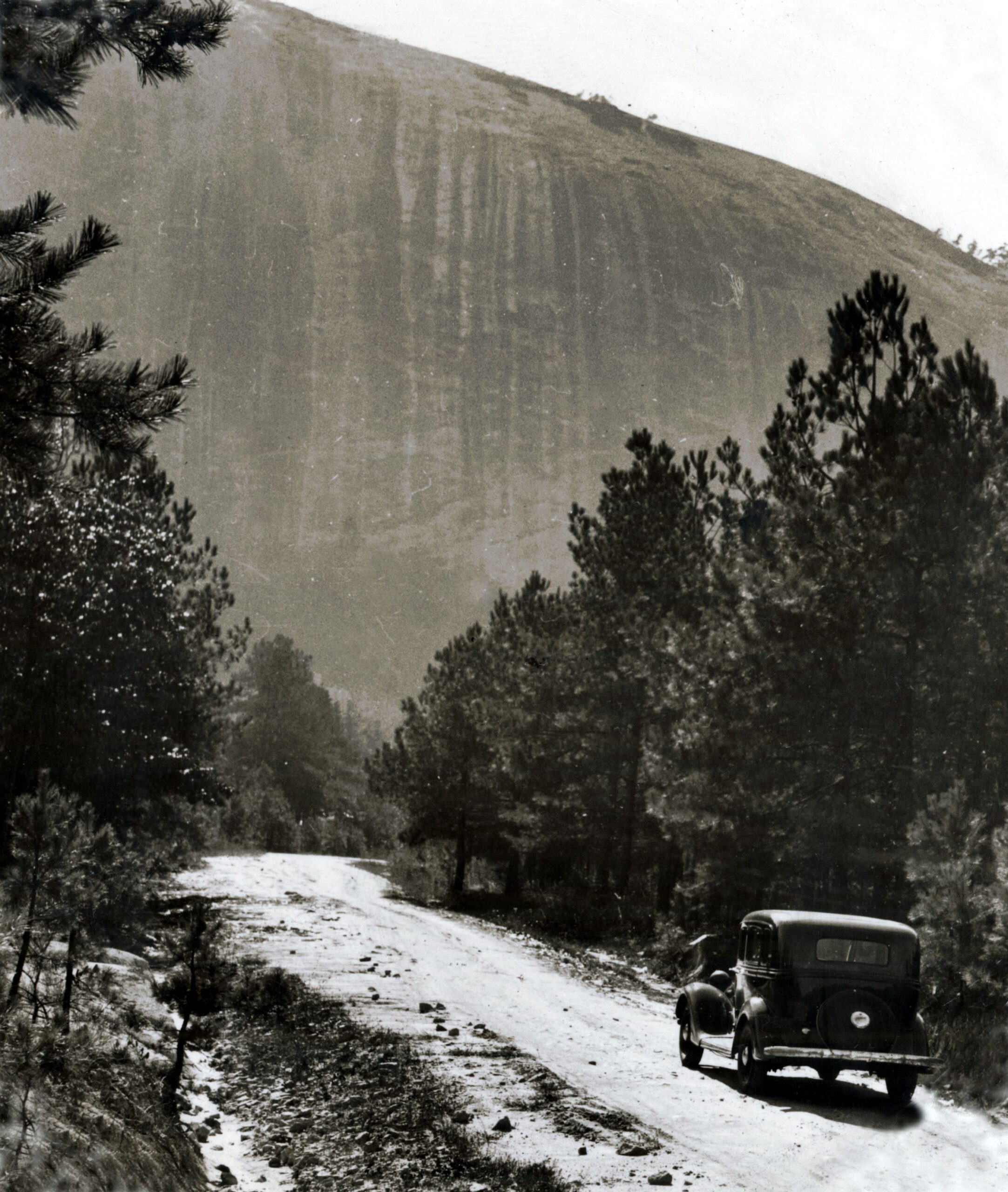 Atlanta’s Stone Mountain has a long, complex history. It’s home to the Confederate Memorial Carving, which is the largest high relief sculpture in the world. The Stone Mountain Memorial Association (SMMA) is responsible for the park. The State of Georgia authority is self-supporting and gets no tax dollars. This 1937 photo shows a car approaching the mountain via dirt road. — Information from stonemountainpark.org

In the shadow of the world’s largest memorial to the Confederacy, the City of Stone Mountain will host its first-ever Juneteenth celebration this summer.

City leaders hope the holiday event, which honors the end of slavery, will highlight and preserve the city’s Black history that often gets lost amid retellings of Ku Klux Klan meetings and clashes between activists and militia members.

“We are not the Stone Mountain of past where the KKK was marching down the street,” Johnson said. “We have not been for awhile.”

The city of roughly 6,300 people is about 77% Black, and Johnson said many people have personal connections to Juneteenth, a holiday in remembrance of Texas slaves learning they were free two years after the Emancipation Proclamation was signed. Over the past few years, Juneteenth has received more widespread exposure, which includes DeKalb County making it a paid holiday last year.

City leaders are planning a block party in Stone Mountain Village, the quaint downtown district that is only about a mile away from the gates to Stone Mountain Park. The June 19 event will feature dancers, drummers, church choirs, fireworks, speeches from dignitaries and other festivities.

“We have the diversity here, but we still hold an old vibe,” Councilwoman Jasmine Little said. “And I think that creating and celebrating our freedoms, all freedoms, is important to our community. I mean, who doesn’t want to celebrate freedom?”

Reckoning with the past

A similar shrine has never been built for Shermantown, a historic Black neighborhood within the Stone Mountain Village that dates back to 1870. Named after the Union General William Sherman, whose “March to the Sea” burned Atlanta during the Civil War, the neighborhood was a refuge for freed slaves.

“Our Shermantown still exists and is a cohesive community spirit,” Johnson, who is also on the board of the Stone Mountain Historical Society, said. “… whereas a lot of these type of communities throughout the country have fizzled out, become gentrified and overtaken.” 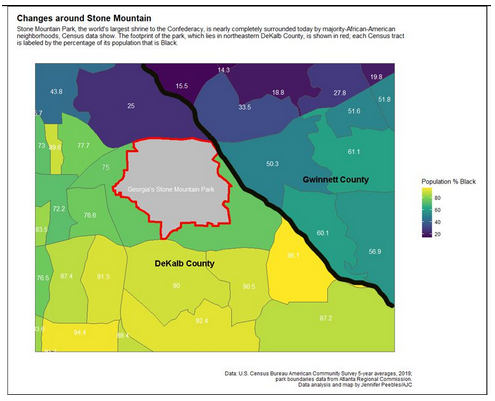 Despite sharing a name, the city does not have jurisdiction over Stone Mountain Park, which is run by the Stone Mountain Memorial Association, a state organization. That hasn’t stopped the park’s controversies from spilling over onto city streets.

Last August, a clash took place between leftist, anti-racist groups and armed, far-right militia members over race, politics and the Confederate carving. It came at the tail-end of months of protests against police brutality that were prompted by the deaths of unarmed Black men, including George Floyd and Rayshard Brooks.

City Manager ChaQuias Miller-Thornton said it was a stark reminder that the city’s reputation is still entangled with Confederate iconography and requires reappraisal.

“We’ve looked at ways to kind of erase, so to speak, that black eye that the city has been given over time due to its history,” she said.

Due to the COVID-19 pandemic, Stone Mountain Village hasn’t seen a city-sponsored event in more than a year. The planned Juneteenth celebration will end that streak.

On Tuesday, the city approved a $5,600 budget for the event, which will mostly go toward fireworks. DeKalb Commissioner Mereda Davis Johnson, who led the effort to make Juneteenth a paid county holiday, compared Juneteenth’s importance to that of the Fourth of July, so fireworks are a natural fit.

“It was the blood, sweat and tears of our ancestors that built this great nation,” Johnson said in an emailed statement., “and as we celebrate the legal holiday of the independence of America, it is so fitting that we have a legal holiday celebrating the abolishment of slavery.”

The city will close down a block of Main Street for the festivities, which Little said will also include a tribute to Rep. John Lewis, the Civil Rights icon who died last year. The Stone Mountain Historical Society will also highlight several African American leaders from the community.

Those aspects of the event are the latest ways the city is trying to recast its identity. In 2019, the City Council renamed Venable Street, named after a former KKK Imperial Wizard, to Eva Mamie Lane, a mother-daughter duo considered pillars of Shermantown.

Johnson, who said every branch of her family tree ties back to slavery, said she wants the city’s Juneteenth celebration to become a recurring symbol of what Stone Mountain Village is today — not what it used to be.

“A lot is always said about the Civil War and the Confederacy here in the South, but not much is said about the slaves,” Johnson said. “It’s very important for me to be able to celebrate my heritage and our part in building America. We are as patriotic and a part of the American fabric as everybody else.”