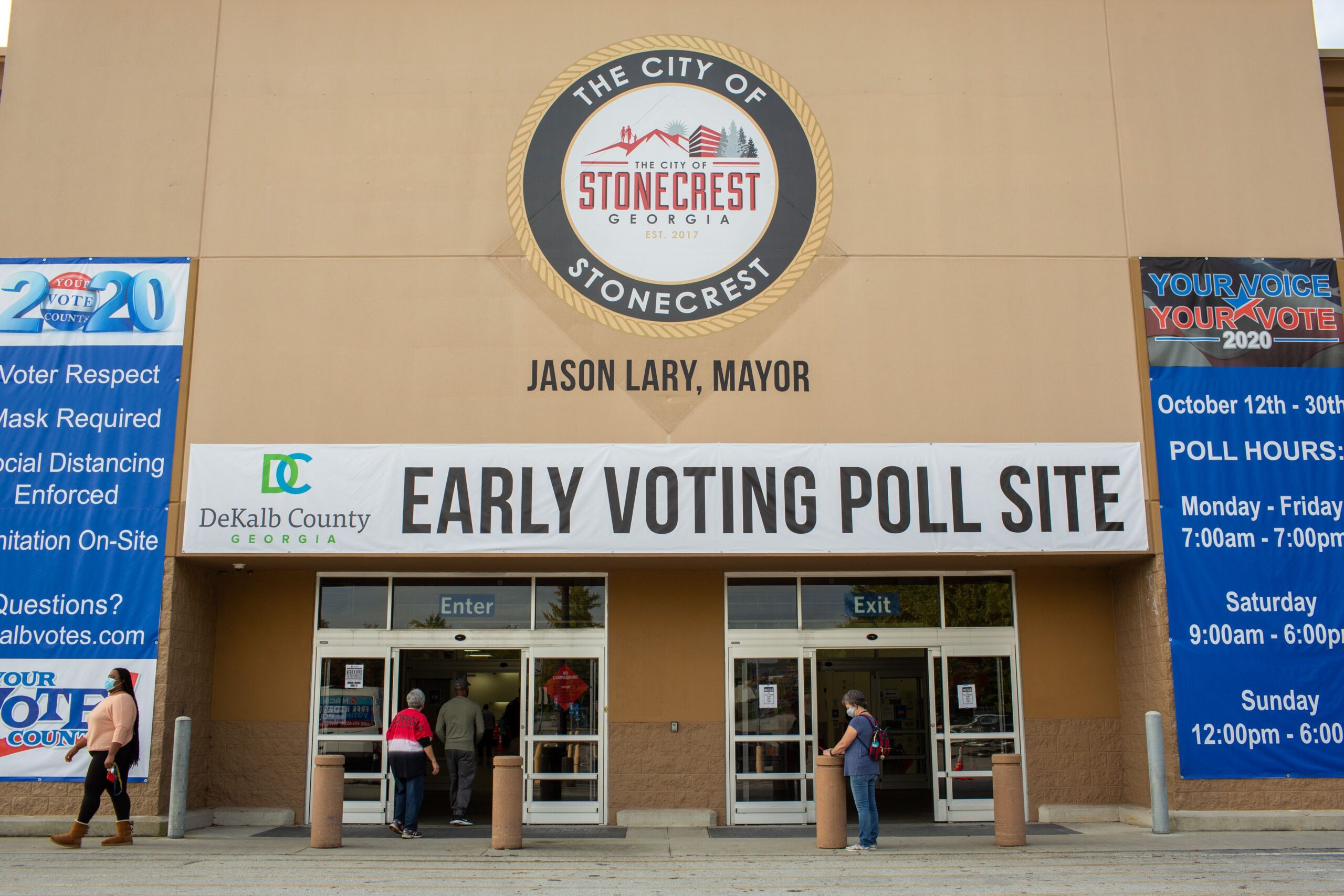 By Henri Hollis and Eric Stirgus

The last weekend of early voting in Georgia before Election Day held some surprises for voters across metro Atlanta: manageable lines and short wait times.

Counties that had seen extremely long wait times at the beginning of the in-person early voting period moved voters through the process quickly and efficiently, most notably in Fulton County.

All morning there was no line outside the Robert E. Fulton Ocee Library in Johns Creek, an early voting location in north Fulton. Around midday, only a handful of people waited outside State Farm Arena in downtown Atlanta to vote. The scene was similar at the High Museum of Art in Midtown.

Stone Mountain resident Yentl Butler, 35, brought a lawn chair for her mother, Murdeline McCalla, 63, anticipating a long wait to vote at Stonecrest City Hall in DeKalb County. They walked in and voted within minutes.

“It was a pleasant surprise,” Butler said. 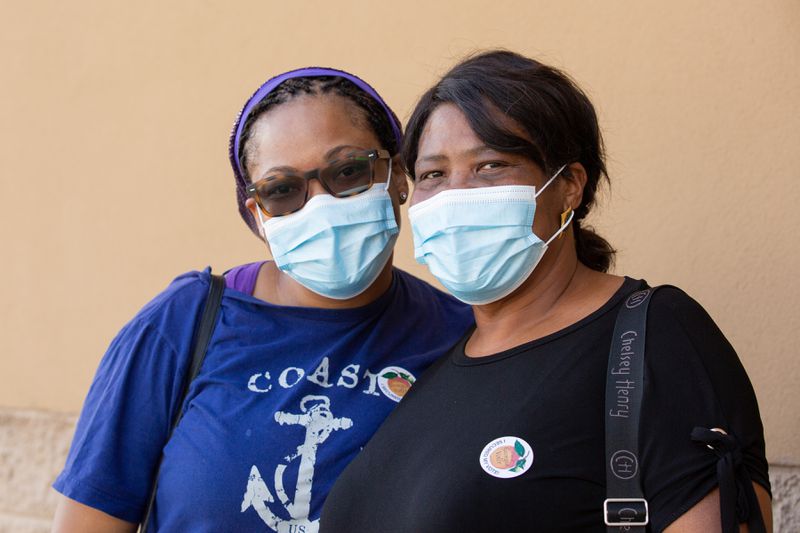 Yentl Butler (left) and her mother, Murdeline McCalla, pose for a photo after voting at the future Stonecrest City Hall on Saturday, October 24, 2020. (Rebecca Wright for The Atlanta Journal-Constitution)

The polls opened at 9 a.m. By 11 a.m., 286 people had voted, officials said. One group offered potato chips and water to voters after they cast their ballots. Free or low-cost flu shots and COVID-19 tests were being offered next door. Everyone said they voted in about five or 10 minutes.

It was a family affair in DeKalb. Like McCalla and Butler, many who came to vote were related.

Edwards said her grandchildren have been learning about voting at school and at home, so the family wanted them to see it in action.

“We teach them whether (the candidate is) Democrat or Republican, vote for the ones who will do the best for us and make a difference,” said Edwards, who lives in Stonecrest.

In Gwinnett County, voters waited in a short line at Shorty Howell Park while Little Leaguers played their Saturday baseball games just a few hundred yards away. In the line of about 40 people, the half at the front of the line were holding clipboards and filling out check-in forms.

A volunteer, who was from Fulton County and asked not to be identified, was handing out snacks and water to voters and poll workers in a “line warming” effort. She volunteers with a nonpartisan organization that encourages all voters, she said, and the group has a policy of not identifying volunteers in order to avoid politicizing the process.

Gwinnett voters exiting the park polling place said the process was smooth and efficient. The volunteer with snacks said she was on standby in case she was needed at another polling place, but her organization had not contacted her about long lines elsewhere.

Voting was not necessarily a breeze at every precinct in the metro area.

A few polling places in Cobb reported wait times over three hours in the morning. By mid-afternoon, however, lines had dwindled. The longest wait times in Cobb were about 45 minutes at three locations just after 3 p.m., but 20 minutes or less at the county’s other seven polling places.

The short lines were unexpected in an election season that has already featured historic voter turnout and began with extreme wait times at a few polling locations. There was also a major national push for high turnout Saturday with celebrities and civic leaders promoting Vote Early Day.

Georgia already surpassed 2.6 million ballots cast by noon Saturday, well over half the 4.1 million votes cast in the entirety of the 2016 presidential election. More than a third of the state’s 7.6 million registered voters have already cast their ballots.

TRUMP: President Donald Trump said he voted Saturday “for a guy named Trump” and called it an “honor” to cast his own ballot in his adopted home state of Florida before he jetted off to campaign in three battleground states.

Trump, who spent the night at his Mar-a-Lago resort after campaigning Friday in Florida, stopped at an early voting polling site set up at a public library.

The president had a busy day, with rallies in North Carolina, Ohio and Wisconsin.

BIDEN: Joe Biden was repeating that he has no plans to ban hydraulic fracturing in Pennsylvania, a critical battleground state where many jobs depend on the industry.

Speaking at a drive-in rally Satruday on the grounds of a community college in Bristol, near Philadelphia, he said: “Let me be clear, I’m not banning fracking in Pennsylvania or anywhere else.”

People in about 100 cars blared their horns.

10 points to ponder in final 10 days before Election Day: ANALYSIS