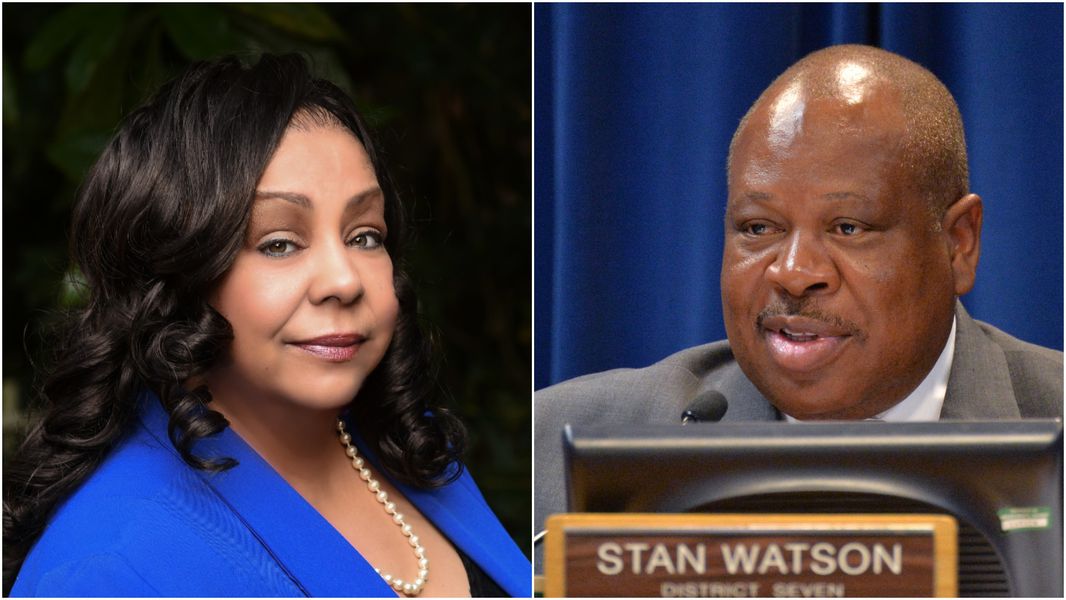 Angela Moore and Stan Watson will face off next week in a special election for a DeKalb County-based Georgia House seat.

A former state lawmaker with a controversial political past and a publicist and cooking instructor who’s never held public office will face off Tuesday to fill a vacant DeKalb County-based seat in the Georgia House.

Former state Rep. Stan Watson, who also served as a DeKalb County commissioner, and Angela Moore, a public relations specialist who finished in third place in a 2010 primary for secretary of state, received the most votes out of six Democratic candidates in a special election last month.

Watson says his experience in office is why he’s the better pick to be the next state representative for District 90, while Moore says her honesty is why she should be the next to serve.

Watson spent a decade in the Georgia House of Representatives before being elected to the DeKalb County Commission in 2010.

He has had his fair share of scandal while in public office, including pleading guilty in 2017 to receiving about $3,000 in advances for government trips and using the money for personal purposes. Watson, who repaid the money before he was charged with a crime, was sentenced to a year of probation and 150 hours of community service for a misdemeanor count of theft by conversion.

In 2015, Watson also lost a $150,000 lawsuit related to a barroom incident in which he falsely accused two women of stealing his wallet.

When Watson declared personal bankruptcy in 2018, the women were still waiting on compensation, according to court records. They filed a petition asking a judge to exclude the money they’re owed from the debts Watson is able to “discharge” through his bankruptcy.

The issue is currently scheduled to be in court on March 18 — nine days after next week’s runoff.

Reached this week, Watson declined to participate in a phone interview and asked that questions be submitted via email.

In his subsequent response, he wrote that he was “restructuring (his) financials to navigate these current times,” that it wouldn’t affect his ability to serve constituents — and that he wouldn’t be facing questions about his personal finances if he was “a retired white legislator returning to public service.”

Aside from that, the U.S. Navy veteran touted his prior political experience as his greatest asset, saying he’s “battle tested” and would be “shovel ready” on day one.

“Because of my prior experience in the Georgia General Assembly, I will have a shorter runway to come up to speed on where legislation is currently moving through both houses,” he wrote.

Moore has run unsuccessfully for office several times, most recently in 2015 when she was removed from the ballot in a special election for Senate District 43 after an investigation determined she did not live in the district.

A native of Washington, D.C., Moore said she would push to improve education and access to affordable housing and health care.

“I have a vested interest in my district,” she said. “I believe I could effect change for my community. That’s something we haven’t had in a long time — an advocate in the community that would actually pull together the community.”

It’s unclear how much money Watson has raised for the race since he hasn’t filed legally required campaign fundraising reports. He owes $375 in late fees for not filing reports with the state ethics commission, according to the panel.

Watson received about 28% of the 3,000 votes cast in the February election, with Moore getting almost 17%. The runoff, being held Tuesday, is required because neither candidate received more than 50% of the vote.

Stormwater fees are increasing in Decatur. How much will you have to pay?

A Black DeKalb neighborhood, a ‘racist Exxon’ and a 66-day protest