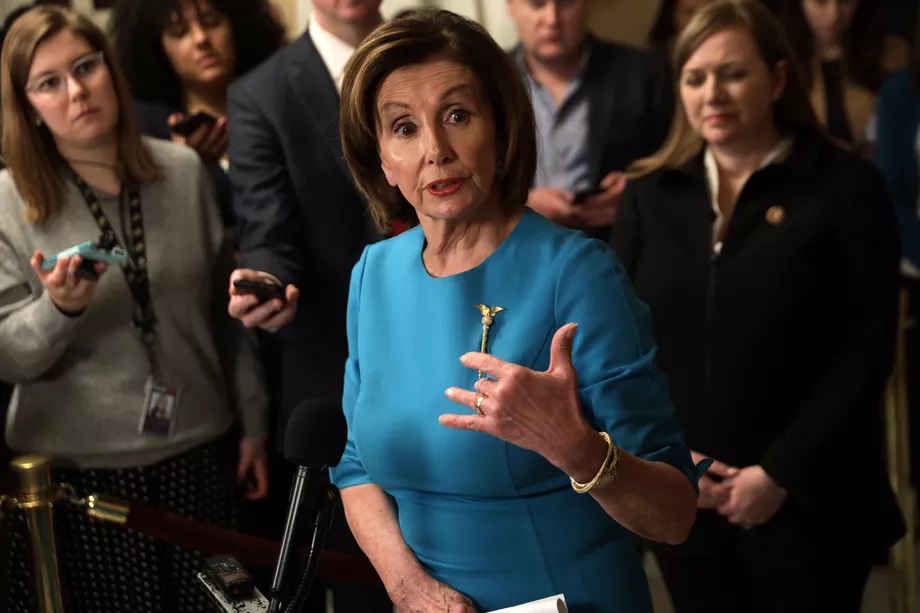 The House passed a sweeping coronavirus financial aid package. Now the Senate has to come back to approve it.

The House of Representatives voted Saturday morning to approve a bill aimed at easing the economic toll the novel coronavirus has on individuals, but the Senate won’t be able to take it up until at least Monday, because Senate Majority Leader Mitch McConnell has sent senators home for the weekend.

Despite this, the bill — which passed the House on a bipartisan basis — is expected to proceed through the Senate successfully, because President Donald Trump expressed his support for the measure on Twitter Friday night.

Just after midnight on Saturday morning, House lawmakers voted 363-40 to pass H.R. 6201, the Families First Coronavirus Response Act, to financially support Americans during the public health emergency caused by Covid-19. In its current form, the package ensures that working people are able to access paid leave should they become infected or need to give care. It also strengthens existing unemployment insurance and food assistance programs, and will provide free diagnostic testing for the virus.

Following the bill’s passage, House Speaker Nancy Pelosi (D-CA) wrote in a letter to her fellow Democrats, “Tonight’s legislation presents a strong stimulus to our economy to protect the health and financial security of America’s working families as we fight the coronavirus crisis.”

The bill will now head to the Senate for final approval. Senators were allowed to go home for the weekend, but an originally planned recess for this coming week has been canceled. While the upper chamber could take the bill up as early as Monday, it may do so later: McConnell said in a statement that lawmakers will be allowed to take their time to review the measure.

There have been hundreds of House-passed bills the Senate has refused to take up altogether, but House Minority Leader Kevin McCarthy (R-CA) said the legislation will not only be taken up, but that he thinks it ultimately will pass, in large part because Trump has expressed support for it.

“I think they will look a lot based upon how we vote and they’ll be studying the bill, as well,” McCarthy said. “But I do believe it will get through as the president says he wants to sign it.”

The path to the bill’s passage was tumultuous. As Vox’s Ella Nilsen has reported, House Democrats had initially proposed a more expansive relief package meant to create permanent versions of these temporary support measures, something Trump objected to. Meanwhile, Trump pushed for the inclusion of a payroll tax cut, a proposal one senior Democrat called a “nonstarter.”

After negotiations between Pelosi and Treasury Secretary Steven Mnuchin, the bill was unveiled in its final form just before midnight on Friday. Hours earlier, Trump tweeted his support for it, and Saturday morning, praised lawmakers’ bipartisan action, tweeting, “Good teamwork between Republicans & Democrats as the House passes the big CoronaVirus Relief Bill. People really pulled together. Nice to see!”

Emergency paid sick days: The bill would give workers 14 days of paid sick leave to be available immediately during the coronavirus (many employers are asking employees to work from home for that amount of time). It ensures sick leave to those impacted by quarantine orders, or those who must stay home to care for their children. The bill reimburses small businesses (those with 50 or fewer employees) for the cost of the 14 additional days of leave.

Emergency paid leave: The bill would create a new federal emergency paid leave program for those unable to work because they have Covid-19, are quarantined, are caring for someone with the disease, or are caring for a child due to coronavirus-related school closings. Eligible workers would receive benefits for a month (the program goes up to three months), and the benefit amount would be two-thirds of the individual’s average monthly earnings. Those receiving pay or unemployment compensation directly through their employers aren’t eligible. There is some precedent for this: Congress expanded unemployment benefits for up to 99 weeks for Americans left unemployed by the 2008 financial crisis.

Expanding food security: The bill would direct $1 billion to expanding access to programs like SNAP, WIC and the emergency food assistance program throughout the coronavirus pandemic. Progressive economists have long believed that expanding existing safety net programs is a highly effective way of stimulating the economy because the low-income people who benefit from them are highly likely to immediately spend any extra money they get — helping stabilize economy-wide demand. The 2009 stimulus bill featured many provisions along these lines.

The bill’s protections are a major — if temporary — change in policy, particularly with respect to paid sick leave: The US is one of the few industrialized nations in the world to not offer a standard paid sick leave program. While some private employers offer paid sick leave as a benefit, many industries do not. In the food service industry, for example, just a quarter of workers receive paid sick days.

This emergency package won’t change American policy in the long term, however. The bill’s mandated sick leave program will last only through the year.

The bill marks the second major coronavirus congressional aid package, and comes a week after Trump signed into law legislation providing $8.3 billion in research and vaccine development funds. More aid packages are likely on the horizon; Pelosi has said as much, and Mnuchin said in an interview with CNBC that stimulus money may come to hard-hit industries, such as the travel and airline industries.

Lawmakers themselves are among the at-risk population

As senators prepare to return to Capitol Hill to take up the bill on Monday, it is worth noting that many of them fit the profile of people most at risk for adverse reactions to this coronavirus: specifically, the majority are senior citizens.

Older adults are most vulnerable to the virus, along with people with compromised immune systems. And the average age of a senator in this, the 116th Congress, is 62.9 years old.

While healthy seniors are less at risk than those with immunological conditions, as Vox’s Umair Irfan and Julia Belluz have written, the CDC has recommended that people over 60 stay home and avoid crowds.

Those senators who returned to their home states — particularly members in states far from Washington, DC — will have to disregard this advice to return for the vote, passing through airport crowds and subjecting themselves to flights.

And since Fauci made that statement, the coronavirus crisis has only deepened. This week the World Health Organization officially declared a global pandemic. And the last five days also saw a dramatic increase in preventive measures taken against the virus’ spread, such as the closures of many schools, as well as the cancellation of the NBA’s season and major festivals and concerts. The president declared a national emergency on Friday.

The risk is present for many adults, as Vox’s Eliza Barclay and Dylan Scott have written:

The main uncertainty in the coronavirus outbreak in the United States now is how big it will get, and how fast. The Centers for Disease Control and Prevention’s Nancy Messonnier told reporters on March 9, “many people in the US will at some point, either this year or next, get exposed to this virus.”

According to infectious disease epidemiologist Marc Lipsitch at Harvard, it’s “plausible” that 20 to 60 percent of adults will be infected with Covid-19 disease. So far, 80 percent of cases globally have been mild, but if the case fatality rate is around 1 percent (which several experts say it may be), a scenario is possible of tens or hundreds of thousands of deaths in the US alone.

This is why it is important the senators take up the bill as soon as possible. But it is also why lawmakers — especially senior citizen lawmakers whose jobs require significant travel and public interaction — may need to take extra precautions.

Read the original story on VOX.com.