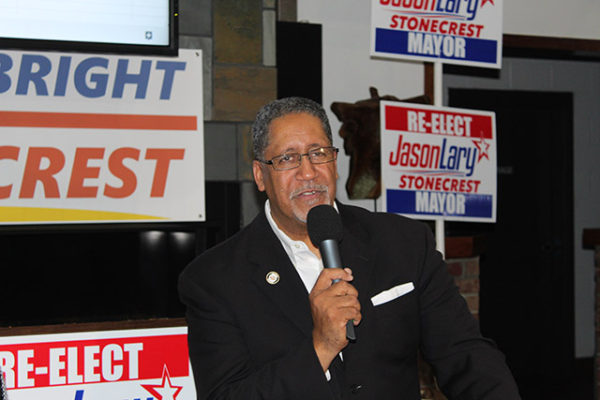 Lary announced he had cancer Nov. 9, 2020, at a council meeting during which he requested and received medical leave through March 2021. Stonecrest officials said Lary successfully battled prostate cancer in 2018, receiving 20 rounds of radiation treatment without missing a council meeting.

“I am checking out today,” said Lary. “Everything is fine. The cancer was removed, taken out of me and we’re in good shape.”

Lary is currently on medical leave and did not update his status about returning to work.

In his video message, Lary thanked Emory Healthcare in addition to constituents and community members who sent positive messages.

Atlanta civil rights legends line up to get COVID-19 vaccine