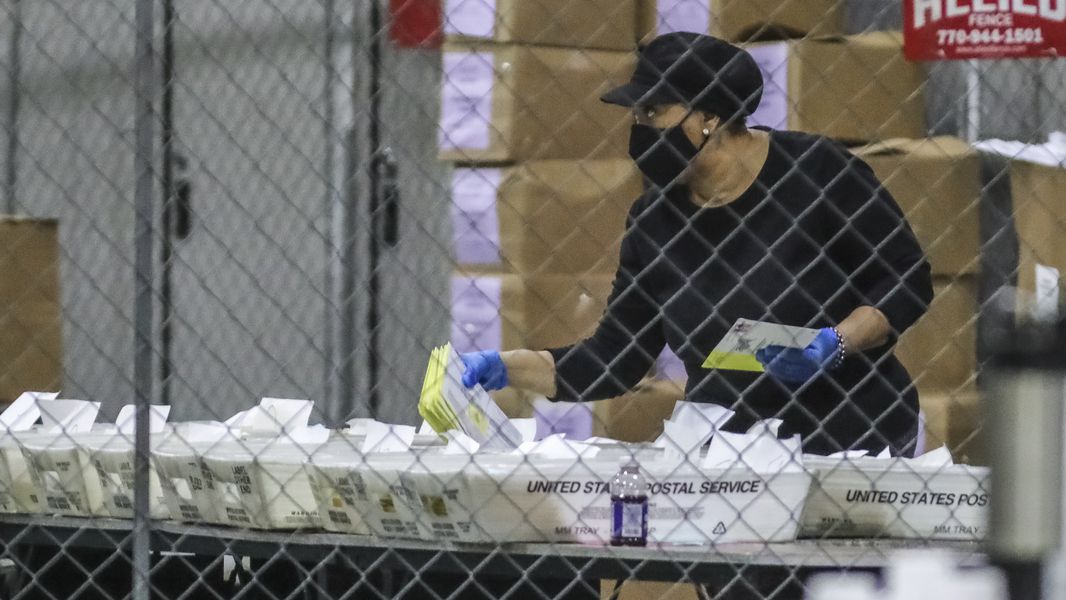 Voting was never easier in Georgia than in November’s presidential election. But it might not last.

They blame absentee ballots, used by 1.3 million Georgians who voted from home during the coronavirus pandemic. In all, 5 million people voted in the general election.

That era of widespread absentee voting will quickly come to an end if the Georgia General Assembly passes laws this year to eliminate no-excuse absentee voting, ballot drop boxes and unsolicited absentee ballot application mailings, as Republicans have proposed.

When the legislative session begins Monday, Democrats are bracing for a wave of bills from the Republican majority that would make it harder to vote in the name of preventing potential fraud. There’s no credible evidence of absentee ballot fraud in Georgia’s general election besides isolated cases under investigation by the secretary of state’s office, election officials said.

“They lost, and now they want to change the rules to give themselves a competitive advantage,” said House Minority Leader James Beverly, a Democrat from Macon. “The pendulum swings, and people can see through this foolishness in the truest sense of suppression and disenfranchisement.”

Republicans say they need to protect election integrity from the possibility of cheating. Some of the legislators seeking to limit absentee voting also signed onto a brief filed with the U.S. Supreme Court supporting the state of Texas’ failed lawsuit to overturn Georgia’s election results.

State Sen. Burt Jones, a Republican from Jackson, said in-person voting is safer than depositing ballots in the mail or drop boxes.

“When you don’t have a secure chain of custody, particularly with drop boxes, there’s no reason for that to be in the process,” Jones said. “You’ve got three weeks of early voting and Saturday voting. You’ve given ample time and opportunities for people to get the effort to go in to vote.”

For Jones and his colleagues, the threat of illegitimate absentee voting outweighs the benefit of greater participation in democracy.

The popularity of absentee voting exploded last year amid the coronavirus pandemic. The voting method typically used by about 5% of voters rose to 26% in the 2020 presidential election.

More Republicans than Democrats voted absentee as recently as the 2018 primary, when voting by mail was often used by older Georgians. In November’s election, almost twice as many Democrats as Republicans returned absentee ballots after President Donald Trump ridiculed them, even though he himself has voted by mail.

Former Republican U.S. House Speaker Newt Gingrich recently wrote that absentee ballot drop boxes “make it harder for Republicans to win,” a claim that Democrats attacked as an acknowledgement that restricting voting is the GOP’s goal rather than fighting fraud.

One of the proposals, backed by the Senate Majority Caucus and Republican Secretary of State Brad Raffensperger, would end at-will absentee voting. Under a state law passed by the Republican-controlled General Assembly in 2005, any registered voter is allowed to cast an absentee ballot.

Sixteen states require voters to provide an excuse if they want to vote outside a polling place, according to the National Conference of State Legislatures. Those excuses can include age, disability, sickness or travel.

Another restriction under consideration would be banning ballot drop boxes, authorized by rules the State Election Board approved last year to avoid the uncertainty of U.S. Postal Service delivery. In addition, Republican lawmakers say they want to require photo ID for absentee voting, ban early voting buses used in Fulton County, and prevent anyone from mailing absentee ballot request forms to voters, as Raffensperger did before the primary.

“It seems like there’s a coordinated effort to limit access to the ballot, and it’s not something we need after so many gains” in voting options last year, said Aunna Dennis, executive director for Common Cause Georgia, a government accountability organization. “We’re definitely going to be on the defensive.”

With majorities in both the state House and Senate, Republicans have the numbers to change voting laws if they decide to do so. Democrats say they might ask the courts to fight rollbacks of what they see as fundamental voting rights.

State Sen. Brandon Beach, a Republican from Alpharetta, said election laws should be the same for everyone and all voters should be required to cast their ballots in person.

Beach heard from a voter who felt her vote was diluted because she had to show photo ID at her polling place but absentee ballots were verified by matching voter signatures.

An audit of voter signatures on a sample of 15,000 absentee ballot envelopes, conducted by law enforcement officers with the GBI and secretary of state’s office, found no cases of fraudulent signatures last month.

Still, some voters — such as those in the military and living overseas — can’t show up at the polls and would likely still be allowed to vote remotely under proposed legislation.