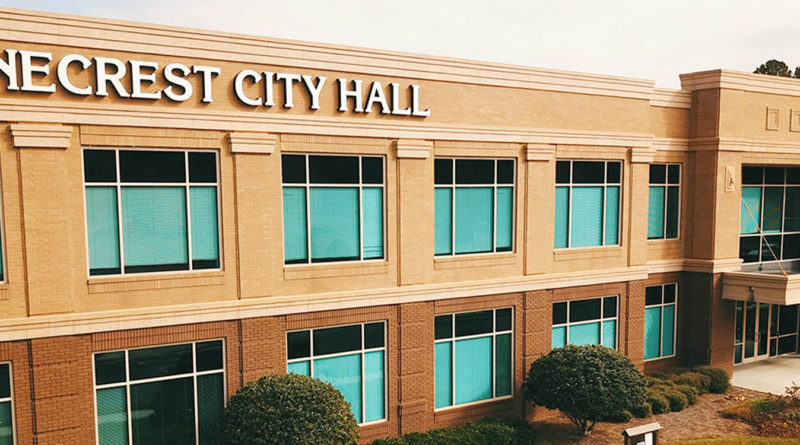 Stonecrest held a special called city council meeting Jan. 29 to discuss CARES Act spending and other issues, but the meeting was cut short after Mayor Jason Lary cited ethics and open meeting violations. The councilmembers reconvened for a special called meeting on the same subject Feb. 7.

One item on the agenda was to begin “investigative inquiry and action related to the program administration of the CARES Act Relief Grant,” which the agenda listed at $6,227,098. The agenda also included the second read of a gas station moratorium, approving an updated purchasing policy and other items.

At the original meeting, Lary said the open meetings act was violated because the packet was not overseen by the city clerk or members of his staff. Lary reiterated those concerns at a Feb. 7 special called meeting.

“I am going to make my statements and then I’m going to hand—in my perception—this illegal meeting over to [George Turner],” said Lary. “I am going to be here on observation. I’m not going to participate in an illegal vote or on the illegal package that was sent out.”

According to Lary, the agenda package and meeting were illegal because the city clerk, deputy manager and mayor were not involved in the creation of the agenda. Lary cited ethics violations and open meetings act violations as potential legal problems the meeting could cause.

“If this was legal, it would have been on a weekday instead of a weekend,” added Lary. “You have to rush into it your way and take over like it’s a coop. Like you’re ransacking the capitol. I’m very disappointed.”

Lary accused councilmembers of colluding and of having their votes and statements prepared ahead of the meeting.

“As has been opined by [City Attorney Winston] Denmark, it doesn’t matter if you’re meeting four on one or one on one, its colluding. That’s what you all do. In regard to the things you have on your agenda here … Everything that adversely affects my administration, I’m going open litigation on. I don’t appreciate how you treat my staff [and] I don’t appreciate how you treat me,” said Lary.

Community leader ineligible for COVID-19 vaccine, apologizes for registering and receiving the shot