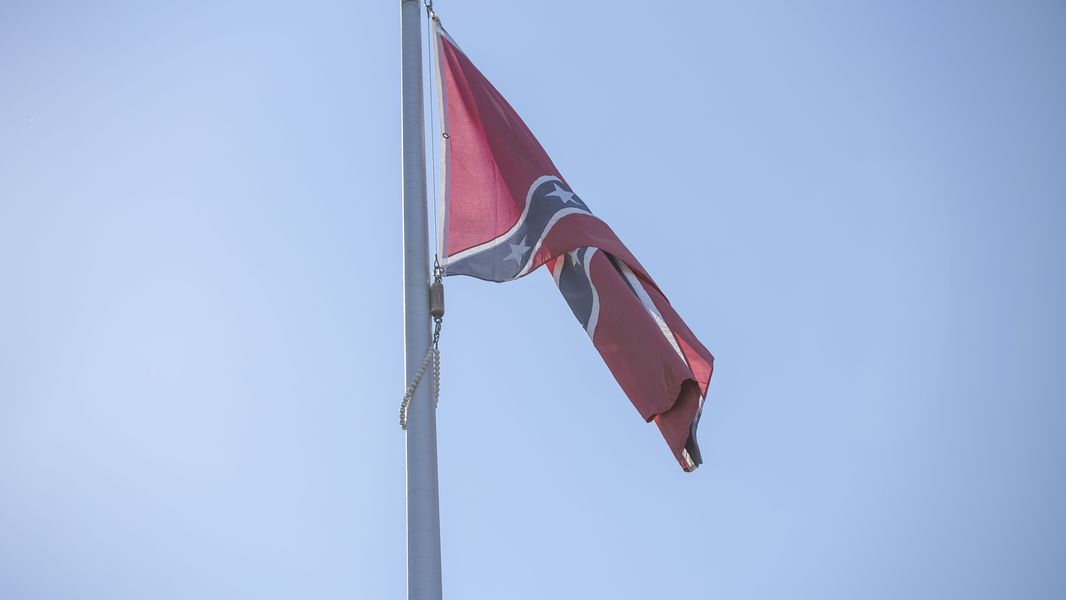 Official cites past clashes at park, ‘clear and present danger’

The Georgia division of the Sons of Confederate Veterans will not host its annual Confederate Memorial Day service at Stone Mountain Park this year.

The gathering was proposed to take place Saturday. But the Stone Mountain Memorial Association, the state authority which oversees management of the popular and divisive park, declined to grant the necessary permit.

In a letter dated March 31, memorial association CEO Bill Stephens listed three reasons for the denial. Foremost among them, Stephens cited an ordinance declaring large events should be denied if they create “a clear and present danger to public health or safety.”

“With the volatile nature of events of the immediate past and ongoing today, there is a clear and present danger to members of the [Sons of Confederate Veterans], potential counter protesters, park employees and guests,” Stephens wrote.

He added that the park’s public safety department “does not have adequate resources to protect the event’s participants, employees, and guests.”

The letter also mentioned pandemic-related concerns and the fact that Silver Dollar City — the arm of Herschend Family Entertainment currently under contract to operate the park’s attractions — said it would not allow the group access to the Memorial Plaza Lawn.

Stone Mountain Park — with its giant mountainside carving of Robert E. Lee, Stonewall Jackson and Jefferson Davis, many other tributes to Confederate leaders, and century-old ties to the Ku Klux Klan — has long been a cultural flashpoint. And amid nationwide tensions over police killings of Black Americans, systemic racism and Confederate imagery, it has increasingly become a magnet for confrontation.

Martin O’Toole, a spokesman for the Georgia division of the Sons of Confederate Veterans, told The Atlanta Journal-Constitution on Monday that he could understand concerns about COVID-19. But he questioned the other reasons provided for the rejection of his group’s permit application, including the “clear and present danger” argument.

The service was cancelled last spring due to the onset of the pandemic, but has been held 18 other times without any issues, he said.

“This is a memorial service that is part of the whole purpose for the park’s existence,” O’Toole said.

Other gatherings, meanwhile, have not proven so peaceful. And memorial association officials aren’t ready to risk repeats.

A 2016 “white power” demonstration that took place at the park drew hundreds of counter protesters and clashes with police. In 2019, the park decided to close for a day rather than play host to a Super Bowl-weekend gathering of white nationalists and the left-wing opposition that was anticipated to show up en masse.

Last August, the memorial association denied another permit sought by far-right militia groups. Those groups and other supporters instead clashed with counter protesters on the streets of the nearby city of Stone Mountain.