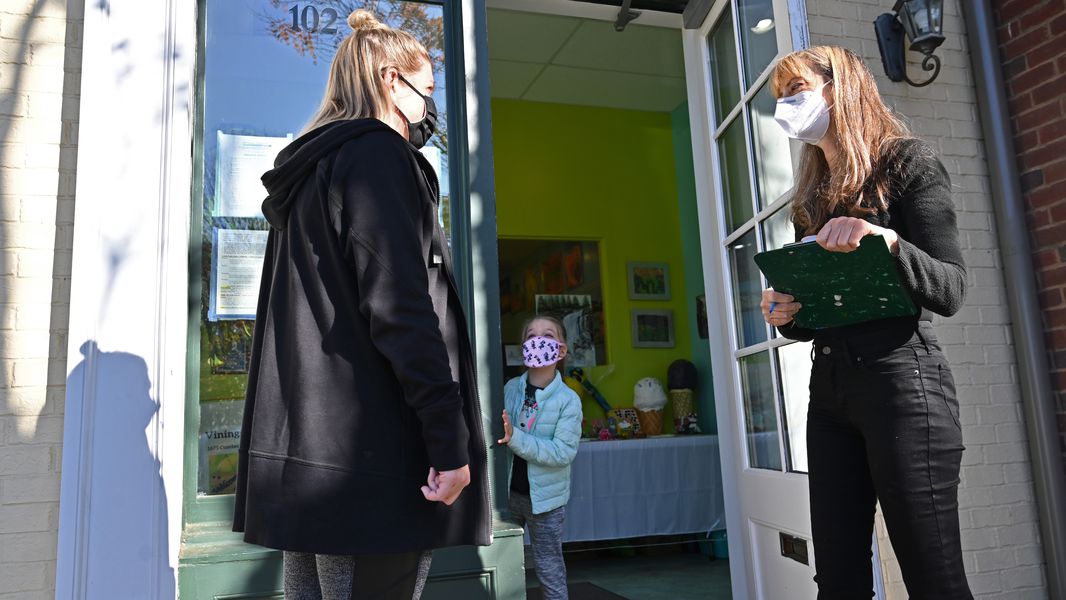 November 21, 2020 Smyrna – Kara Kapczynski (right), owner of Vinings School of Art, talks to a parent Heather Kreider as she checks in her a student Livia Kreider (center), 5, outside the Vinings School of Art on Saturday morning, November 21, 2020. Kara Kapczynski found out a fraudster submitted a fake loan application in the school’s name for a COVID relief loan. (Hyosub Shin / Hyosub.Shin@ajc.com)

The Vinings School of Art — which she started in 2006 to offer painting, drawing and music classes — had received a federal pandemic relief loan in May.

So, when an Atlanta-based employee with the Small Business Administration called Kapczynski on Nov. 17 to verify information for another loan, alarm bells went off, she said.

“At first, I thought he was trying to scam me,” she said.

As it happens, a fraudster had submitted an application for a $71,000 COVID-19 relief loan in the name of the Vinings School of Art.

Fraud — whether it’s someone posing as a business owner or a real company misusing funds — has been a persistent problem with the $525 billion Paycheck Protection Program (PPP).

With the coronavirus pandemic exacting a heavy toll on the economy, the Trump administration prioritized speed over safeguards as the program was being set up, critics say. The forgivable loans were meant to encourage small businesses to keep employees by providing money to pay them.

Through October, at least $113 million in loans had been fraudulently obtained from the PPP, according to the Project on Government Oversight, a nonpartisan watchdog group.

The program has few built-in ways to stop fraud, said Page Pate, an Atlanta attorney who has represented both people accused of PPP loan fraud and whistleblowers in PPP cases.

“The government felt that it was more important to put some gas in the tank and put money out in the community quickly,” Pate said. “They knew that there was going to be a certain amount of fraud” because the program was launched so fast.

Kapczynski said that, after she confirmed that she did not apply for the loan, the matter was closed. An SBA spokeswoman declined to discuss her case.

The Vinings School of Art offered only virtual classes from March to June, which meant “we had fewer students overall because not everyone wanted to pay for a virtual class,” Kapczynski said.

Kapczynski said the relief loan she received in the spring, the amount of which she declined to disclose, helped her pay staff and conduct deep cleanings of the classroom space. 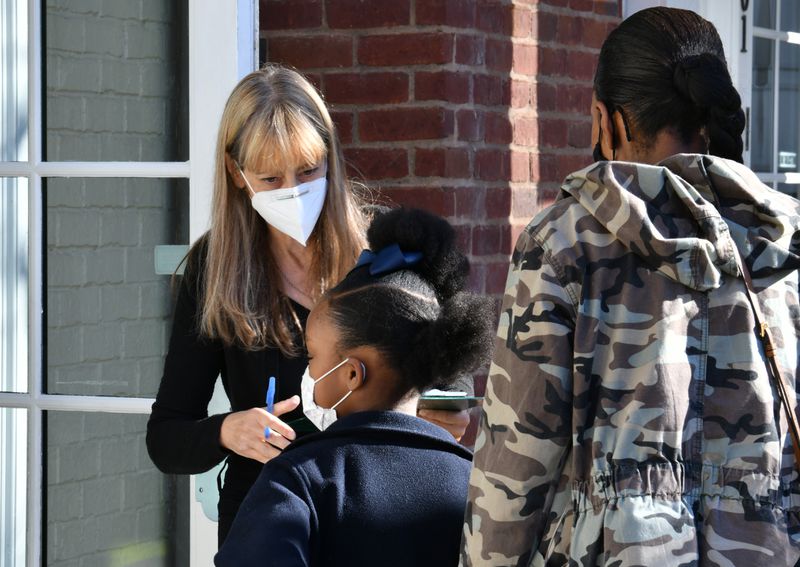 It’s been difficult to gain insight into the program, as the SBA has been stingy with details. On November 5, in a Freedom of Information lawsuit filed by a group of news organizations, a federal judge ruled that the SBA must disclose all PPP data. The SBA has asked the court to delay the release deadline.

The Justice Department has prioritized fighting the type of scam that nearly ensnared the Vinings School of Art — when con artists apply for loans using the names and addresses of operating businesses, Pate said.

“These are run by a network of fraudsters who use legitimate businesses as part of their loan applications and have the money sent to them,” Pate said.

In September, the DOJ arrested members of a Miami-based group that tried to steal $24 million in PPP funds.

In federal court in Georgia, the Justice Department is pursuing one case that involves PPP loans totaling $4.1 million and two separate cases that involve loans of $300,000 each.

The Justice Department did not respond to requests for comment on the PPP fraud cases that it is pursuing.

Law enforcement has made less progress in identifying other types of scams, including those that involve the use of fake companies or fake charities.

Details about some loan recipients is so scant that it’s difficult to ascertain whether they’re legitimate. God’s Anointed Youth Ministry received a PPP loan of between $1 million and $2 million, despite not registering as a corporation in Georgia and having a lapsed nonprofit registration, according to government records.

Despite the program’s problems, Kapczynski and other business owners credit the PPP with helping them survive this spring’s economic lockdown. She appreciates the fact that law enforcement and government officials are trying to identify fraud.

“People need to know that this is going on and that criminals don’t need much information about your business” to submit a fake loan application, she said.