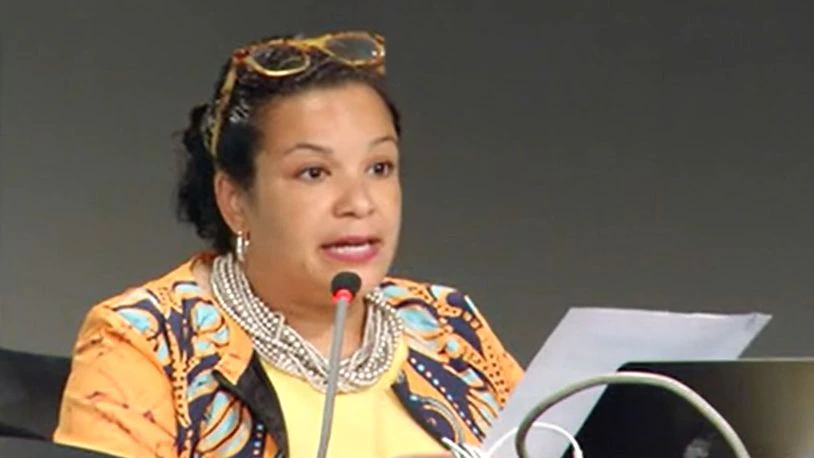 Cheryl Watson-Harris addresses the DeKalb County Board of Education during an April 2022 board meeting. She was fired from her position as superintendent after less than two years on the job. (Screenshot)

The Board of Education commissioned a law firm to conduct an operations inquiry, but fired Watson-Harris from her role as superintendent before its completion.

Watson-Harris was unexpectedly terminated in a split vote last month after less than two years on the job. At the time, board members didn’t offer reasons for the termination, but later suggested factors such as hiring, finances, student achievement and disagreements over how to address deteriorating conditions in some district buildings.

High-level officials in Watson-Harris’ administration did not follow procedure when they approved promotions and bonuses using federal funds without her knowledge, according to a report from The Young Group dated May 3.

“Superintendent Watson-Harris acknowledged that she supervises 16,000 people in the DCSD, and it is ultimately her responsibility to know what was going on,” the report said, “but trusted in her staff to do their jobs correctly.”

DeKalb school board candidates split on firing of superintendent

DeKalb school board members who fired superintendent hint at reasons

In DeKalb school district, revolving door of superintendents a constant

Former DeKalb school superintendent says she was blindsided by firing

It is not clear who authorized the operations inquiry. It was requested based on concerns expressed by the Board of Education, according to the report. The Young Group is a private investigation firm retained by the school board’s attorney.

Between March and May, the firm interviewed 13 district employees, including Watson-Harris. They discussed promotions and bonuses dating back to 2020. Watson-Harris started her job in July that year.

Dozens of employees received supplements, or extra pay, for their work during the pandemic without the required approval from the school district’s director of federal funds, the investigation found. Most of those went to employees in human resources. Six were for more than $5,000, which required the superintendent’s approval as well. Watson-Harris was not notified.

Employees in the human resources department were eligible to earn pay supplements that were “not reasonable and not within guidelines,” the director of federal funds told investigators. For example, employees who answered a seven-question survey unrelated to the pandemic were eligible for $1,000. That initiative was stopped. 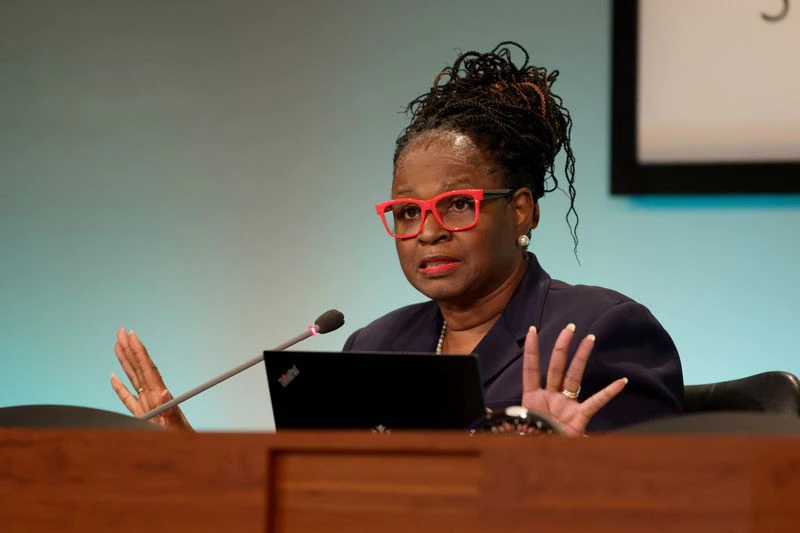 DeKalb County Board of Education Chair Vickie Turner was among the four school board members who voted to oust Cheryl Watson-Harris as superintendent last month. (Jason Getz / Jason.Getz@ajc.com)

Board Chair Vickie Turner proposed at an April board meeting that the district conduct an audit of all pay supplements distributed to employees. By this time, the independent investigation had already begun.

“Those who are giving out supplements have awarded themselves lump sums to the tune of $10,000 or more,” Turner said. “We need to do a deeper dive.”

Turner did not respond to a request for comment from The Atlanta Journal-Constitution.

Watson-Harris said at that meeting that federal pandemic relief funds paid for more than $80 million in pay supplements for DeKalb employees. She also said that the process for distributing those supplements had been communicated to the district’s leaders.

But two employees in the superintendent’s cabinet did not follow procedures, the report said. Michelle Jones, interim chief of human resources, did not get the appropriate approval for distributing the pay supplements. Jones became head of the department within Watson-Harris’ first six months on the job.

Chief of Staff Antwyn Brown should have notified Watson-Harris of potential red flags with Jones’ requests for pay supplements, the report said. He also approved the promotion of two executive-level employees — the deputy chief financial officer and the chief of continuous improvement and accountability — without Watson-Harris’ or the Board of Education’s knowledge as required.
Those were the only positions investigators found between 2020-2022 that should have been brought to the school board for approval but were not.

Watson-Harris was terminated the same day she was interviewed for the investigation. Jones and Brown are still employed by the district. 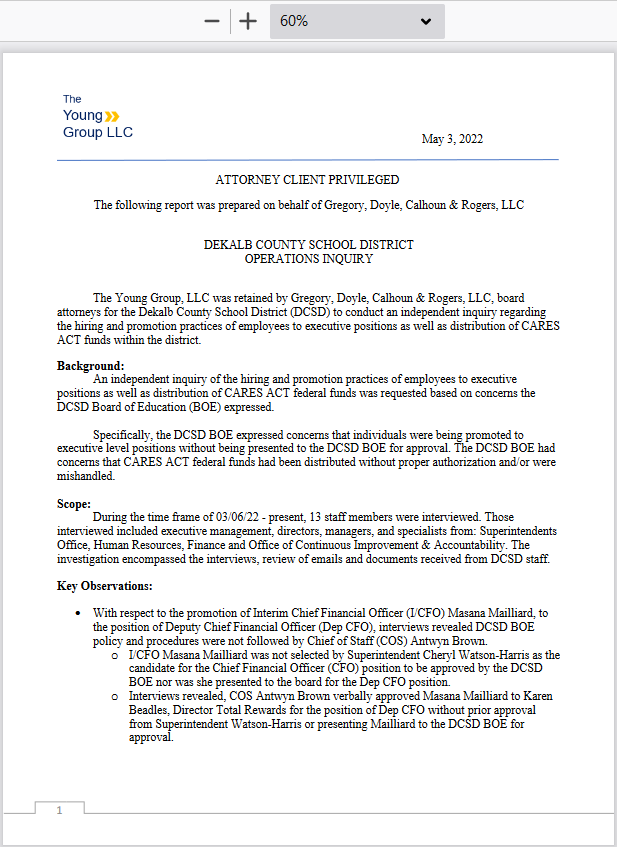