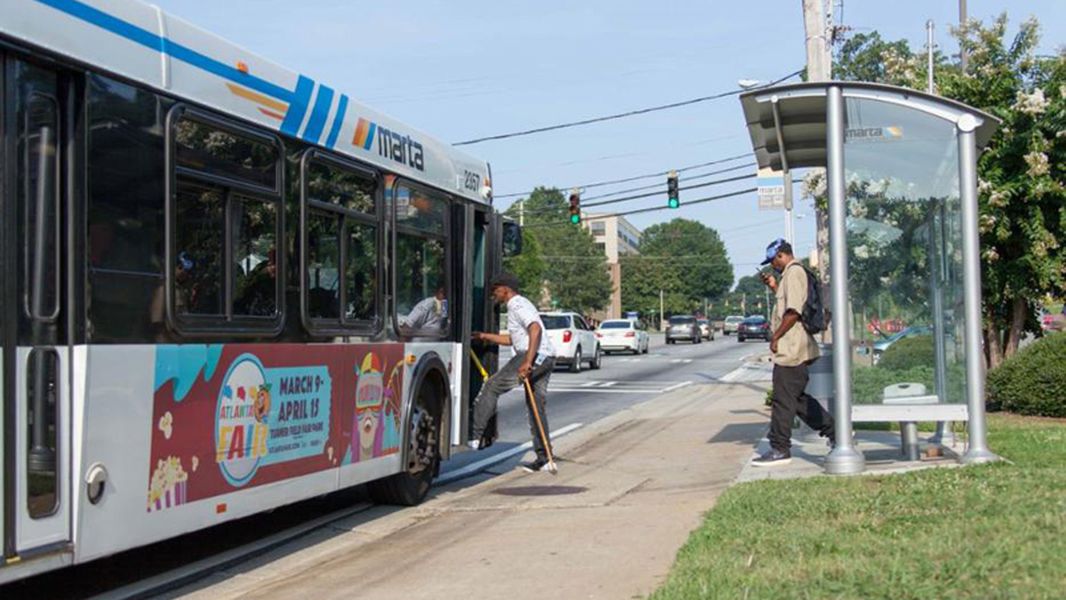 MARTA has suspended most of its 110 bus routes during the pandemic. Community groups say the move has hurt minority and low-income residents who depend on public transportation. AJC FILE

Community groups are pressing MARTA to restore bus service that it suspended during the coronavirus pandemic.

Nearly 20 people attended a protest Friday outside MARTA headquarters in Atlanta, demanding the agency restore dozens of routes that have been suspended since April. They say the cuts have hurt minority and low-income residents who depend on public transportation.

“How can a person get back to work if they don’t have public transportation?” said Atlanta resident James Davenport, one of the protesters. “Everybody don’t have cars.”

MARTA says it has restored some routes, and it plans to add back two more later this month. But the agency said the pandemic that led to the service cuts is in some ways worse now than it was when they were initiated, and it cannot safely restore all bus service.

“The initial decision to make this emergency, temporary change to service was not a decision made lightly,” the agency said in a written statement to The Atlanta Journal-Constitution. “The negative impact to riders across the jurisdictions weighed heavy on everyone, but the need for drastic action in the face of the pandemic could not be ignored.”

In April, MARTA suspended 70 of its 110 bus routes, focusing service on its busiest routes and on key corridors. It increased the frequency of service on most of the remaining routes and added one circulator route on Oakley Industrial Boulevard.

The move was designed to encourage social distancing on buses during the pandemic. MARTA says operating buses more frequently on the remaining routes allows passengers to spread out, which has alleviated overcrowding.

Since implementing the plan, the agency has restored eight bus routes. And it plans to bring back two more Oct. 24: Route 74 (Flat Shoals Road) and Route 81 (Venetian Hills/Delowe Drive).

Still, the service cuts have come under fire. A lawsuit pending in Fulton County Superior Court says CEO Jeffrey Parker did not have the authority to eliminate the bus routes without public input or a vote by the MARTA board (MARTA says he has the authority). And on Friday protesters said the cuts have disproportionately affected minorities and the poor.

“People depend on the bus to get to work, feed their families — things that we take for granted,” said state Rep. Viola Davis, D-Stone Mountain, who attended the protest.

MARTA says 64% of minority and low-income residents in its jurisdiction live within a quarter-mile of the remaining bus routes.

“We are very aware that the essential service plan causes hardship,” MARTA chief of staff Melissa Mullinax said. “That’s why we’ve been adding back routes.”

The agency says it can’t restore full service until pandemic conditions improve. It noted that Georgia’s seven-day rolling average of positive cases was 1,272 as of Thursday — far above the average of 825 when service was suspended.

“These numbers underscore the importance of continuing to social distance and wear masks,” the agency said in its statement. “And because capacity on current bus routes is still stretched, the essential service plan is as necessary today as it was in the spring.”

MARTA said it has restored routes as it’s able, prioritizing them based on the impact on vulnerable populations, essential destinations along the route, pre-COVID ridership and customer comments.