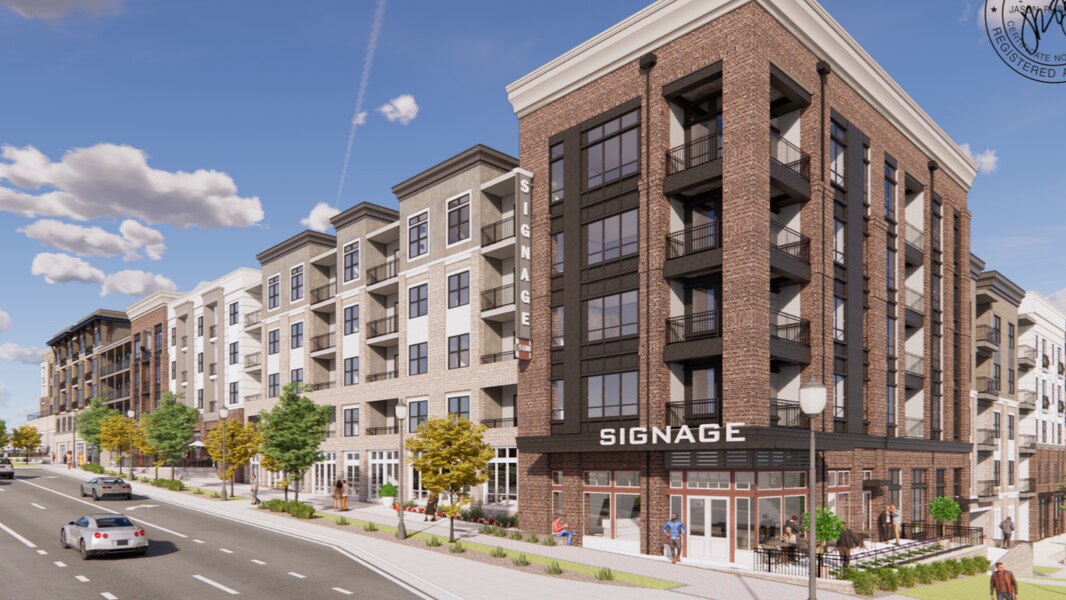 This is a rendering of the Chamblee Manor that was shown to the city’s Design Review Board on Wednesday.

Chamblee is in the process of reviewing redevelopment plans for a five-acre plot that a developer wants to transform into a 382-unit mixed-use apartment complex.

Nearby residents have sent dozens of emails to the city’s Design Review Board, raising concerns about the project’s density and traffic impacts.

New York-based Related Development LLC pitched the project to the city’s design review board Wednesday evening. The board can’t grant zoning or site design requests, but it does make recommendations for Chamblee’s mayor and City Council to consider.

The developer asked for the city to rezone a portion of the property and grant roughly two dozen code variances and waivers.

The project, dubbed Chamblee Manor, would connect three properties along Peachtree Boulevard and Sexton Woods Drive. The land is owned by Peachtree Market LLC and currently is the location of the Great Gatsby Auction Gallery, the Pete Garcia Company and a single-family residence. 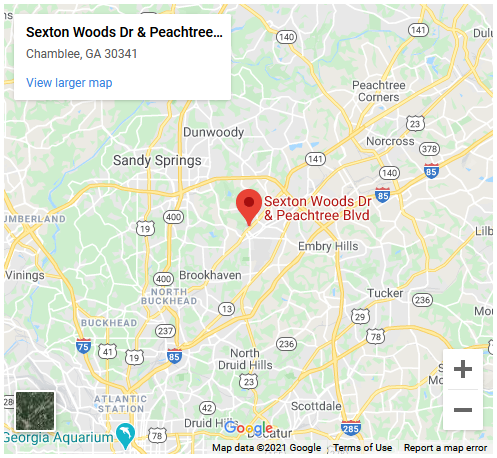 The complex would consist of 382 apartments, about 9,000 square feet of restaurant and commercial space and a seven-level parking garage with more than 600 parking spots. The residential portion would also include a private courtyard, pool, clubhouse, fitness center and dog park.

During Wednesday’s meeting, the board was only able to read a handful of more than 40 emails submitted for public comment. Those that were read complained that the project was too large and would create too much traffic in nearby residential neighborhoods.

The emails also criticized the number of code variances that the developer requested. One email pointed out that Chamblee found the property is appropriate for six to 80 residential units per acre, but this pitch is nearly the maximum number of units for the property size. The resident asked for the number to be reduced. 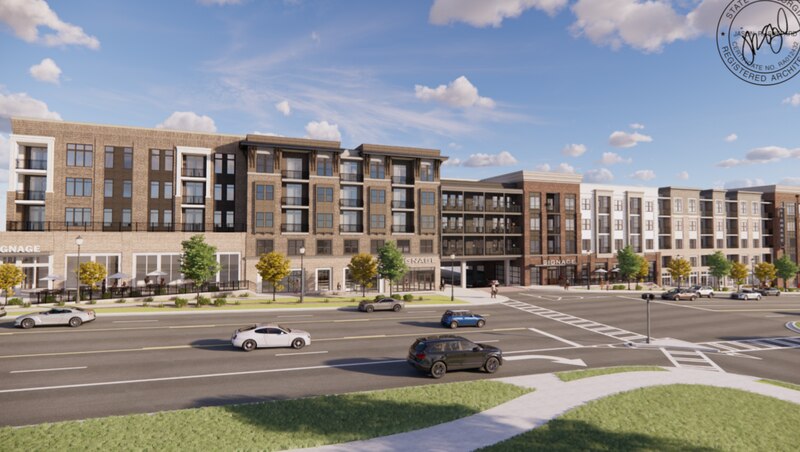 This is a rendering of Chamblee Manor that was shown the city’s Design Review Board on Wednesday. Credit: Related Development LLC

The board’s advice included granting the rezoning to allow the project to move forward, but it did not endorse a few of the developer’s variance requests.

For example, the developer asked to be able to reduce the minimum size of the residential units, which would increase their density. The board recommended that the city deny that request.

A City Council work session is scheduled for 6 p.m. Jan. 14, and will include time for further public input.