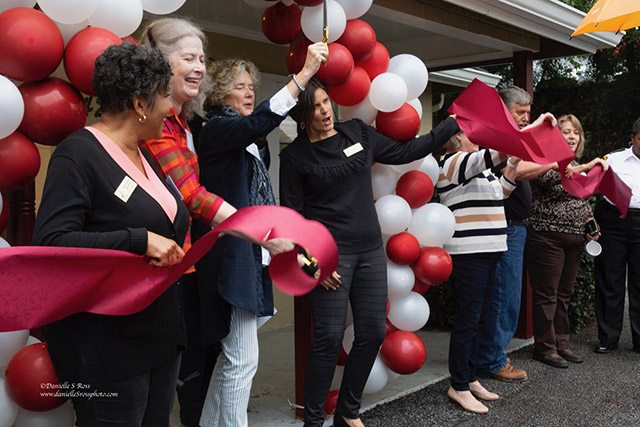 Pine Lake picked a spooky day to unveil its new city hall to the public Oct. 31.

“We are now in the middle where the city does business and that is really exciting,” said Pine Lake Mayor Melanie Hammet. “This identifies our city in a different way.”

The city purchased the building─located at 425 Allgood Road in Pine Lake─for $130,000 in December 2018. The city renovated the building for $10,000, adding thresholds, interior windows and panic exit devices. The building was a psychiatrist’s office before being purchased by the city.

“All administrative functions will be housed under the same roof finally,” said Hammet. “That’s a big deal.”

The building holds the offices of the mayor, city clerk, court clerk and city administrator. The building also has a kitchen, bookkeeping area and a waiting room. The mayor’s office has a space to hold small conferences.

Hammet, who is also a musician, performed an original song “Itty Bitty City” dedicated to Pine Lake. She sang and played the acoustic guitar. 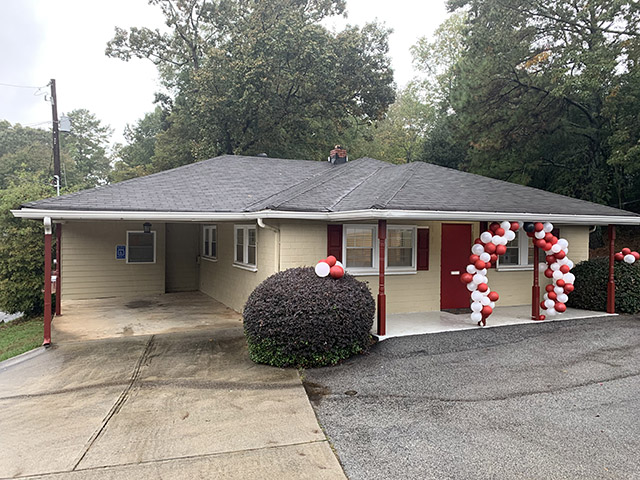 “I’ve been singing, I’ve been yelling and running around. I’m over the moon,” said Hammet. “I’ve lost all dignity. This morning I had a lot of dignity before I got here. I’ve lost it all.”

According to Hammet, the building is “starting to tilt toward the center of the earth. Squirrels are starting to take residence in the chimney. So, [the choice was a good one] just in terms of the cost of renovating that building versus getting a building that is significantly newer and moving us into the center of our business district where the city does business. Bringing the city identity out here means everything.”

The now vacant area will serve as an artist market starting in December, where residents and visitors can purchase products from artists.

The city still has to determine repairs that need to be made to the building.