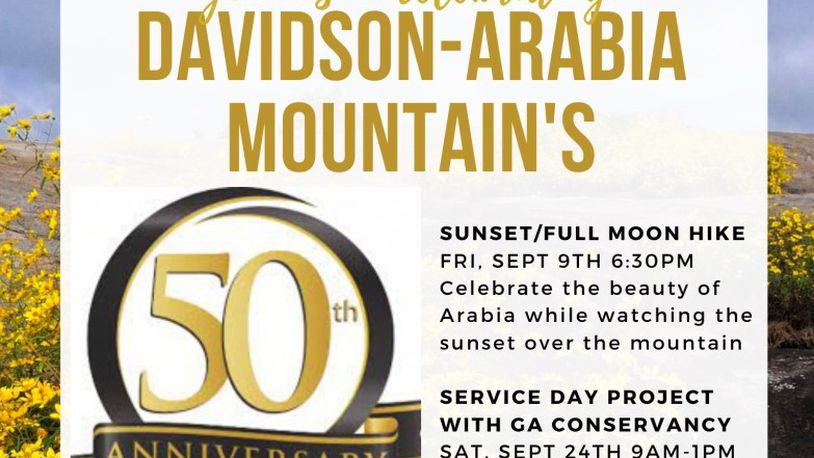 Hosts will be the DeKalb County Department of Recreation, Parks and Cultural Affairs and the Arabia Mountain Heritage Area Alliance.

On April 18, 1972, Charles Davidson Jr., then-president of one of the largest granite products companies in the world, made a monumental decision to prevent a massive mountain of granite – owned by the Davidson family – from being developed by one of the company’s competitors, according to a county statement.

Instead he donated it to the DeKalb County Government to be conserved permanently as a public greenspace.

The 500-acre rock outcrop now constitutes a centerpiece of what has become the nationally significant 2,500+-acre Davidson-Arabia Mountain Nature Preserve that is a focal point of the Arabia Mountain National Heritage Area.

The public is invited to join county officials, parks staff, the Davidson family and Arabia Mountain Area Alliance representatives at the ceremony.

Patrons also are encouraged to visit DeKalbCountyGa.gov/parks for special anniversary programs throughout September.