The teen suffered burns over his face and upper body.

The DeKalb County Schools superintendent recommended a teacher be fired after a chemistry experiment in her class sent a student to a hospital with burns all over his body, but the principal suggested suspension, a newly released investigative report said.

The investigation determined the experiment was conducted “without proper safety precaution and in a reckless manner,” according to the report obtained Wednesday by AJC.com from the student’s attorney.

“Region III Office recommends termination due to the severity of the incident,” a letter from Superintendent Sean R. Tartt said.

The incident left Malachi McFadden with burns on his face, neck and arms, attorney L. Chris Stewart said during a news conference.

McFadden’s family hired Stewart to represent them because they said they couldn’t get information about the incident from the school. 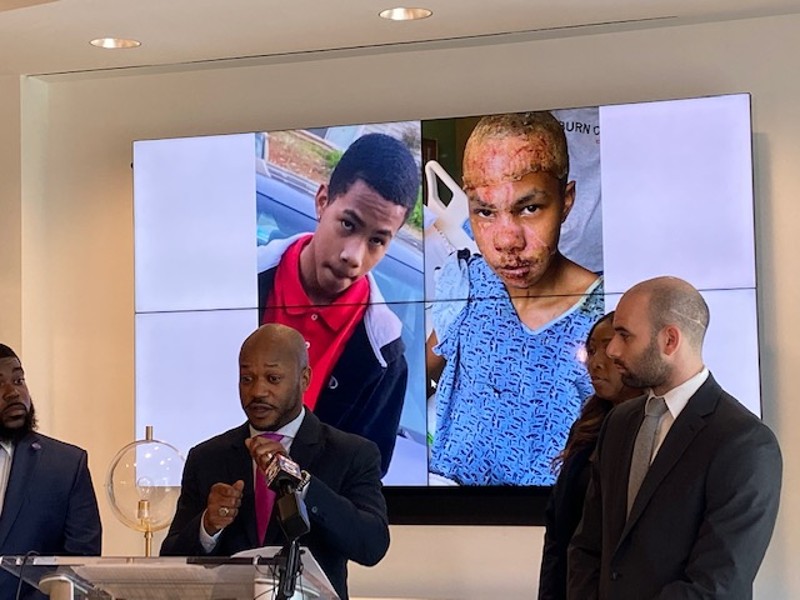 The district’s investigation into the incident, which happened in a chemistry class at Redan High School in Stone Mountain on the second day of classes, was conducted by the Office of Legal Affairs and took nearly three months.

The teacher, who has been employed by the DeKalb school district since 2007, was placed on administrative leave with pay Aug. 6, the report said.

According to the report, which includes multiple accounts from staff and students who witnessed the incident, the teacher submitted an idea for an experiment to an assistant principal in her lesson plan for the week. The idea was drawn from Thought Co., an education reference website.

The experiment calls for someone to coat a dollar bill in a solution that is half alcohol and half water, then set it on fire and allow it to burn until the flame goes out.

“The burning money demo is a neat ‘magic trick’ that illustrates the process of combustion, the flammability of alcohol, and the special qualities of the material used to make currency,” the website said. “Fortunately, the money doesn’t actually burn, which would be illegal.”

According to the report, the teacher tried the experiment three times before the incident that sent McFadden to the hospital. During the first attempt on the first day of class, it didn’t work.

She then tried it again Aug. 6, the report said.

She followed the same steps to light the bill on fire, the report said. When it was lit, she asked the students if they could see the flames, and they replied “no.”

She then turned off the lights and added ethanol to the flame, the report said.

“That is when the flame got large and cracked the bowl,” the report said. “The flame then ran across the desk, landing on (McFadden).”

Students said McFadden had his head down on his desk at the time and didn’t see the flames coming. When the fire landed on him, another student poured water on him to put it out, and another school employee came into the classroom with a fire extinguisher.

“All statements state that students ran out of the back door (to the media center) and (the teacher) froze in pure shock,” the report said.

The school district previously told Channel 2 Action News that a school nurse went to the hospital with McFadden and that school counselors provided support to students who witnessed the incident. 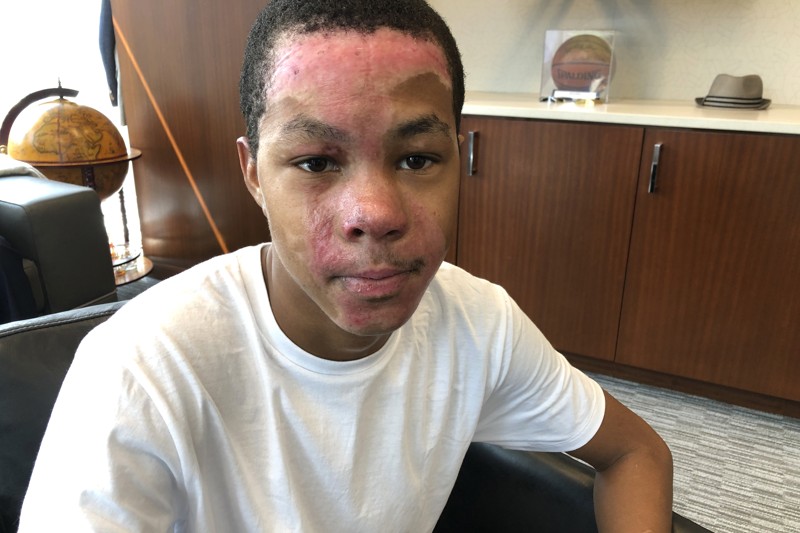 The student has not returned to school since the incident happened. Photo: Kate Brumback/Associated Press

The report found that the teacher violated an employee conduct provision that prohibits “conduct that is detrimental to the health, welfare, discipline or morals of students.”

“The standard sanction for an employee whose conduct causes injury to a student is termination,” the report said.

No decision has been made about the teacher’s future, but Stewart said the family is happy with the investigation.

“I don’t think she went there saying, ‘I’m going to burn this child today’ or anything malicious, but things like this can’t happen,” Stewart said. “Being in a chemistry class is not the exact role she needs to have … but to totally lose her job, never be able to get one again, no, that’s not even what Malachi would want.”

Officials previously decided no criminal charges would be filed against the teacher.

Stewart said the McFadden family plans to file a lawsuit in the case next week.

“(McFadden is) still happy. He’s still bright. He actually went to homecoming last week. We helped him get a suit,” Stewart said. “He went with his scars showing.”

He said McFadden, who has not returned to school since the incident happened, is still undergoing physical therapy and will need additional cosmetic surgeries.

“We’re still working on how to remedy that, because we don’t want him bullied for how he looks,” Stewart said.