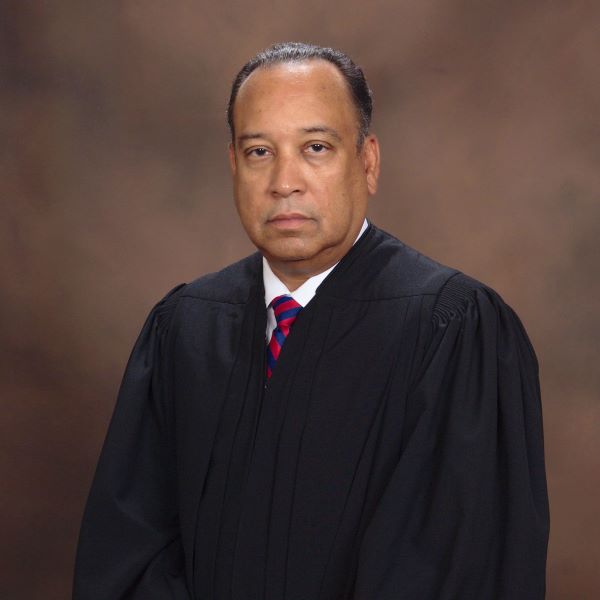 The Stone Mountain Judicial Circuit is announcing the retirement of The Honorable Mark Anthony Scott. Judge Scott leaves the bench after 18 years of service to the citizens of DeKalb County.

Judge Scott attended California State University, Fresno, where he obtained a Bachelor of Arts degree in Speech Communication in 1980 and graduated from Howard University School of Law in Washington, D.C. in 1984 where he became a member of Kappa Alpha Psi Fraternity, Inc. He excelled in his fraternal life having reached the position of a Province Polemarch in only 7 years after initiation. He is the 2007 recipient of the Kappa Alpha Psi Fraternity, Inc. Elder Watson Diggs Award.

He has been a member of the DeKalb County Chapter of 100 Black Men of America, Inc., since 1993, serving as the organization’s first paid Executive Director. Judge Scott continues serves on the Board of Directors as their parliamentarian.

Judge Scott is a graduate of the National Judicial College, and the recipient of the 9th Annual Justice Robert Benham Award for Community Service. As a past president of the DeKalb Bar Association, Judge Scott has demonstrated a successful and longstanding commitment to the legal community.

He enters the next chapter of his life pursuing travel, law, and scholarship. Judge Scott leaves these words for the citizens he has served, “It has simply been my honor and pleasure to serve the citizens of Georgia.”