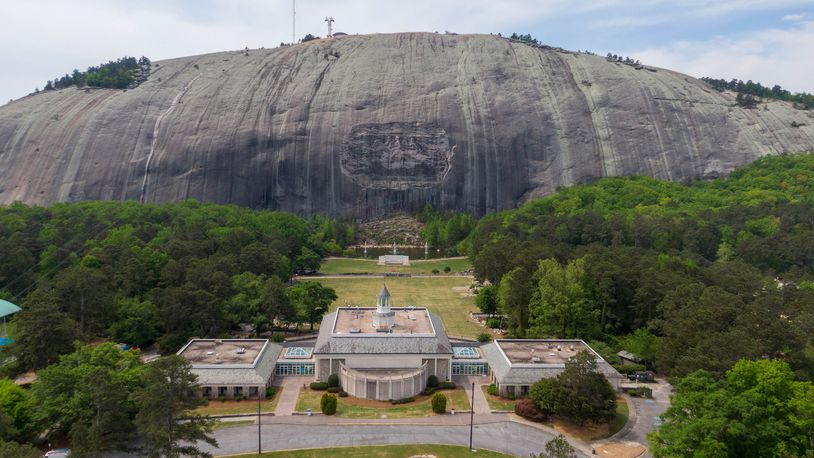 It’ll be a while yet before a company is chosen to create Stone Mountain Park’s truth-telling museum exhibit.

In a closed session during a Monday meeting, the Stone Mountain Memorial Association heard hour-long presentations from three companies who submitted bids to build the exhibit that will lay out the ugly history of the mountain and its carving of Confederate leaders Jefferson Davis, Stonewall Jackson and Robert E. Lee.

Memorial association CEO Bill Stephens previously suggested a decision and announcement could be made this week. But he said Tuesday board members now want to make site visits to see existing work of the companies vying for the Stone Mountain exhibit.

He declined to reveal the bidding companies or the museums that will be visited, but said “we’re not taking airplane trips anywhere.”

The exhibit was part of a handful of changes approved by the board last spring. While the changes are largely incremental steps toward softening or contextualizing the park’s ties to the Confederacy, they would — if completed — represent a significant shift in the memorial association’s thinking on the matter.

A century-old covered bridge built by renowned Black bridgebuilder Washington W. King was recently rededicated in his honor and added to the National Register of Historic Places. The memorial association has also pledged to relocate Confederate flags that have long flown at the base of the mountain’s walk-up trail, the park’s most popular trek.

A contractor was in place to move the flags more than a year ago, but no progress has been made.

While continuing to call for more significant action like changing street names and removing other iconography, activists that pressured the memorial association to take progressive steps at the park have been frustrated with the slow movement.

The proposed museum exhibit, meanwhile, would be built inside the park’s existing Memorial Hall building. While the RFP for its potential creators was light on specifics, officials have said they want it to “tell the truth” about the mountain and its massive carving.

That truth includes that the carving was first conceptualized in the 1910s, during the monument-building craze fueled by the United Daughters of the Confederacy. That group sought to immortalize a sanitized version of the Civil War South and its reasons for fighting while simultaneously promoting white supremacy.

Samuel Venable, whose family owned and operated the mountain as a granite quarry at the time, provided the initial lease that allowed the Daughters to commission a carving. Around the same time — and on the same mountain — Venable helped reestablish the Ku Klux Klan.

By the end of the 1920s, a world war, infighting and financial issues had doomed the initial version of the carving. But it was picked up decades later as Georgia Gov. Marvin Griffin and other white leaders sought a response to court-ordered desegregation and the brewing Civil Rights movement.

The state of Georgia purchased Stone Mountain in 1958 and work on the carving was begun anew. It was dedicated in 1970, more than a century after the Civil War.

To this day, state law mandates that Stone Mountain Park be maintained as a tribute to the Confederacy.