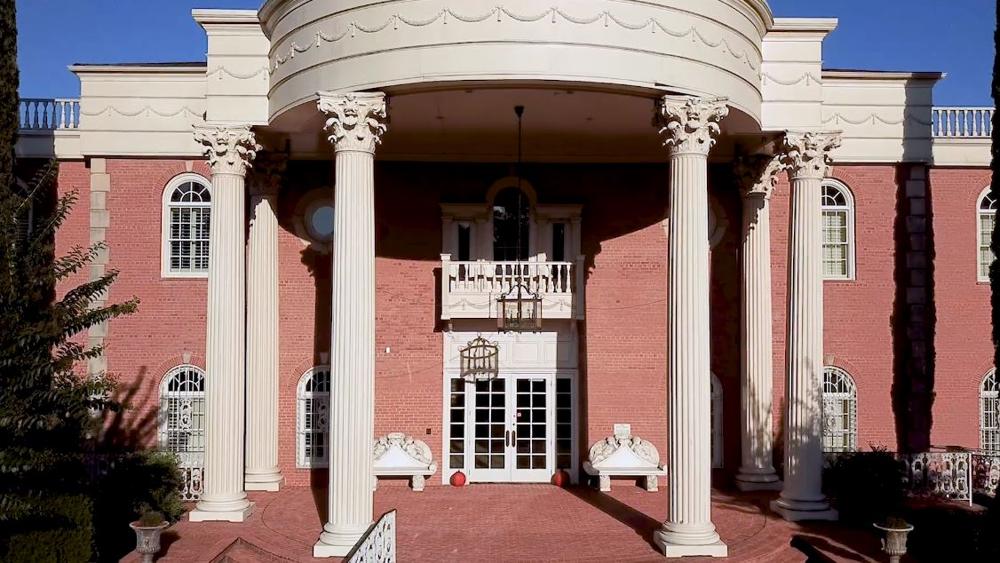 The facility is highlighted by the columns at its entrance. Photo: Screenshot via Aztec Warrior Studios

A new film and television production studio is set to open this month in DeKalb County.

Aztec Warriors Studios is located in the Decatur area, just outside I-285 and south of Covington Highway. The 20,765-square-foot facility features a sound stage and production offices.

The studio is highlighted by its antebellum-style entrance with columns, and a double staircase in the lobby.

Grant Wainscott, the senior director of ecosystem expansion at the Metro Atlanta Chamber of Commerce, said in a statement that the facility is “perfect for all types of productions.”

A grand opening celebration for the studio is scheduled for Friday, Jan. 17 at 6 p.m. at 1550 Agape Way, the company said in a statement. Chris Blue, the winner of season 12 of singing competition “The Voice” is set to perform.

The county is home to several major production companies, including Blackhall Studios in south DeKalb and Third Rail Studios in Doraville.

DeKalb Board of Education to get superintendent search update

Trump vs. Iran: It’s not over