MLB sued for moving All-Star game out of Atlanta 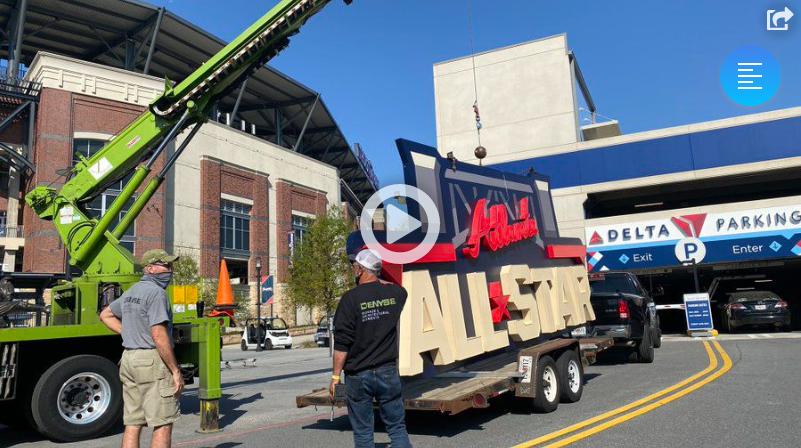 Major League Baseball is being sued over its move of next month’s All-Star game out of Atlanta.

A 21-page lawsuit by conservative small-business advocacy organization Job Creators Network, filed Monday in federal court in New York, demands the immediate return of the game to Atlanta and $100 million in damages to local and state small businesses. The suit also seeks $1 billion in punitive damages.

MLB, the MLB Players Association, Commissioner of Baseball Rob Manfred and MLBPA executive director Tony Clark are named as defendants in the suit.

MLB announced April 2 that it would move the All-Star game, which was scheduled for Truist Park, out of Georgia in response to the state’s new voting law. The July 13 event was awarded to Denver the following week.

“MLB robbed the small businesses of Atlanta — many of them minority-owned — of $100 million, we want the game back where it belongs,” Alfredo Ortiz, president and CEO of the Job Creators Network, said in a statement. “This was a knee-jerk, hypocritical and illegal reaction to misinformation about Georgia’s new voting law which includes Voter-ID. Major League Baseball itself requests ID at will-call ticket windows at Yankee Stadium in New York, Busch Stadium in St. Louis and at ballparks all across the country.”

The Players Association has no comment on the lawsuit, spokesman Chris Dahl said Tuesday. The MLB commissioner’s office didn’t respond to a request for comment.

Manfred previously said he “decided that the best way to demonstrate our values as a sport is by relocating this year’s All-Star game,” adding: “Major League Baseball fundamentally supports voting rights for all Americans and opposes restrictions to the ballot box.”

The lawsuit contends that, in moving the game, MLB “acted beyond any plausible legitimate civic or moral concern affecting the integrity of the sport of baseball” and “intended to punish Georgians because their state enacted a reasonable ballot-integrity statute.”

The suit calls the financial losses from MLB’s action “staggering” for metro Atlanta, citing more than 8,000 canceled hotel reservations. But the financial impact of the All-Star game and other marquee sports events is hotly debated by economists.

The legal action was filed in U.S. District Court for the Southern District of New York. The headquarters for MLB and the Players Association are in New York.

Job Creators Network is based in Addison, Texas.

Baseball’s All-Star game has been held in Atlanta twice – in 1972 at Atlanta Stadium (later renamed Atlanta-Fulton County Stadium) and in 2000 at Turner Field (now Center Parc Stadium). The 2021 event originally was awarded in 2019 to SunTrust Park, later renamed Truist Park.