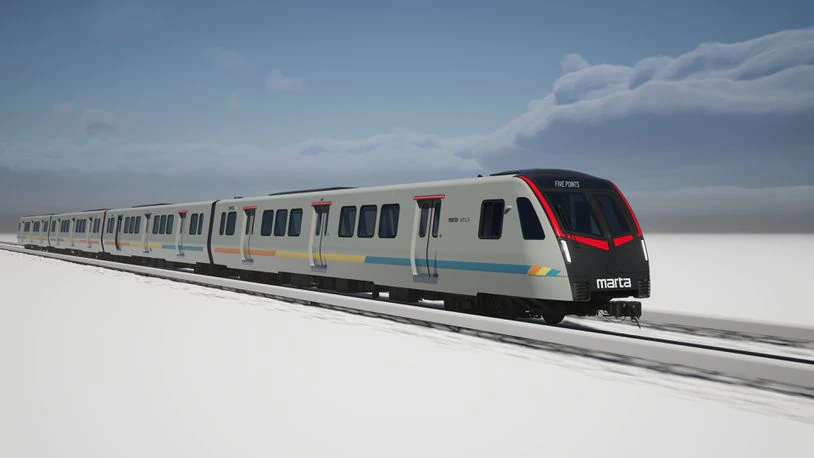 MARTA announced Wednesday that its customers had chosen this “minimalist” design for its new rail cars, which will begin arriving next year.

MARTA passengers have spoken, and when it comes to designing the agency’s new rail cars, they’ve decided less is more.

CEO Jeffrey Parker unveiled the external design of the new rail cars at the annual “State of MARTA” event Wednesday. MARTA sought public feedback on a variety of possible designs in September. Parker said the “minimalist” design was the most popular choice.

The selected design features a narrow ribbon of MARTA’s traditional colors along the side of each car. It also displays a smile-shaped light on the front of the lead car, which will change color, depending on the line (red, gold, blue or green). 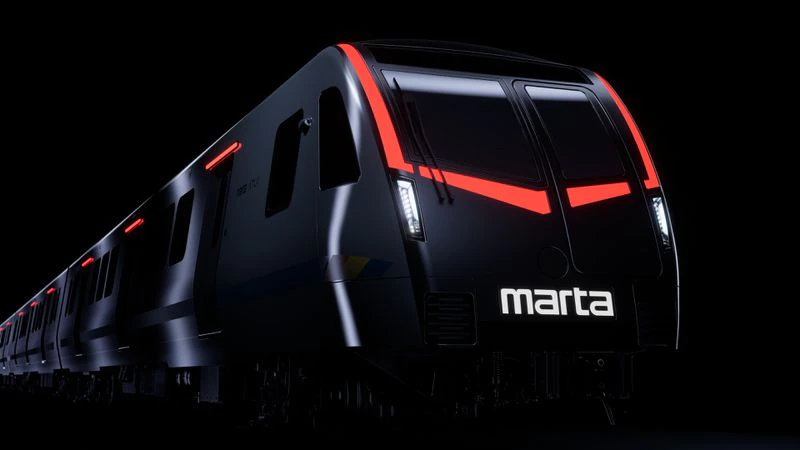 MARTA is spending $646 million to replace its fleet of aging rail cars in coming years. Many of the existing cars have been in service for more than 40 years.

Stadler US will manufacture the 254 cars. The first will arrive next year, with the rest arriving through 2028.

MARTA must still finalize the interior design of the cars. But, based on public feedback, Parker said Wednesday that the interior will include features such as large open gangways, digital information and advertising screens, and ample bike and stroller storage.

MARTA says the new cars will provide a more comfortable ride and will mean fewer breakdowns and service delays. About 65% of service delays are due to rail car problems.

Stonecrest prepares for future without mayor after guilty fraud plea