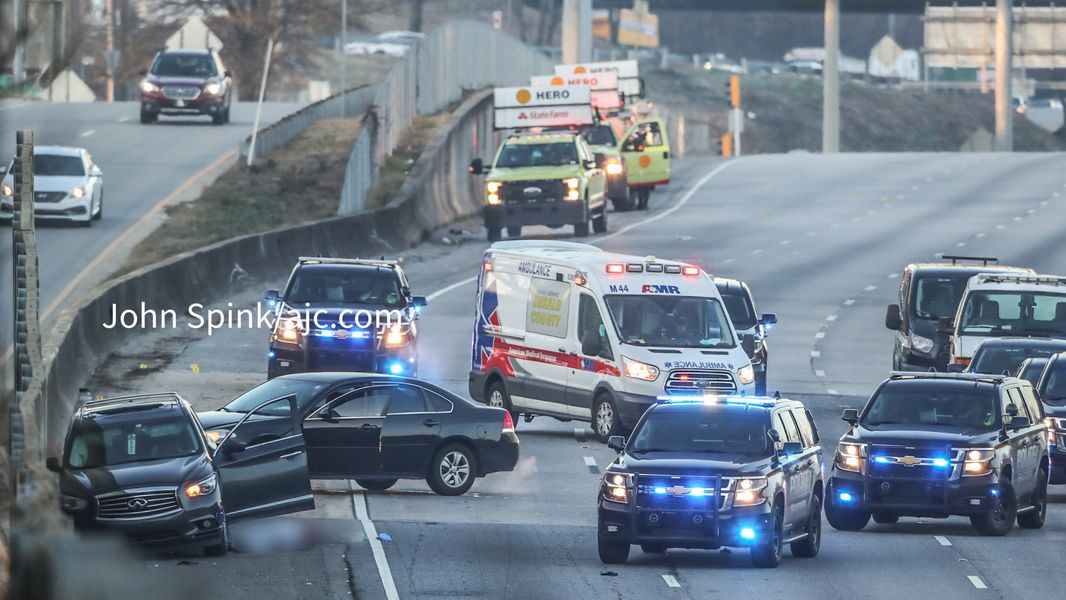 All northbound lanes of I-85 were shut down near North Druid Hills Road while an investigation was underway. Credit: JOHN SPINK / JSPINK@AJC.COM

A man was shot to death inside a car on I-85 in DeKalb County on Thursday morning, prompting an investigation that closed the interstate for hours.

Gunfire from the incident also damaged a nearby Children’s Healthcare of Atlanta building, officials said.

The victim, who was in his late 40s, was found alone inside his car in the northbound lanes of I-85 between North Druid Hills and Clairmont roads, according to DeKalb police.

A Georgia Department of Transportation operator discovered the victim’s vehicle about 4:45 a.m., but initially thought he was a stranded motorist, DeKalb police spokesman Sgt. B. Danner said.

“He pulls out on him, sees something that’s not right, he calls for what he thinks is a medical emergency,” Danner told reporters at the scene. 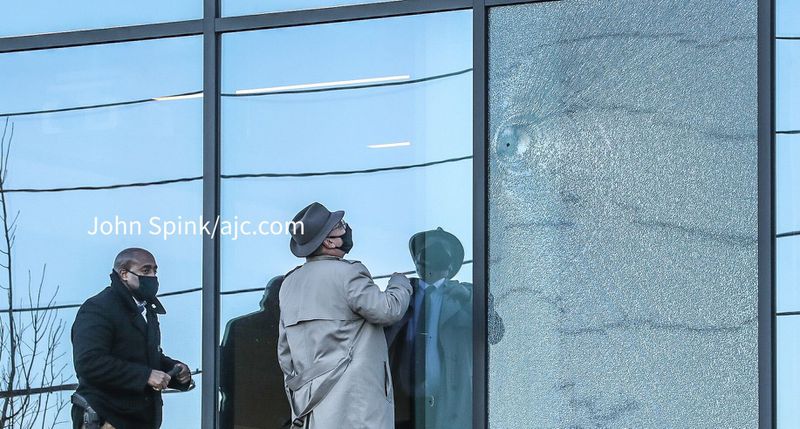 When emergency medical officials arrived, they discovered that the man had a gunshot wound. He was pronounced dead at the scene, Danner said. The man’s identity was not released.

At least one bullet hit a glass window on a CHOA support center on North Druid Hills Road, officials said. The window was to a conference room that police determined was not occupied at the time of the shooting. 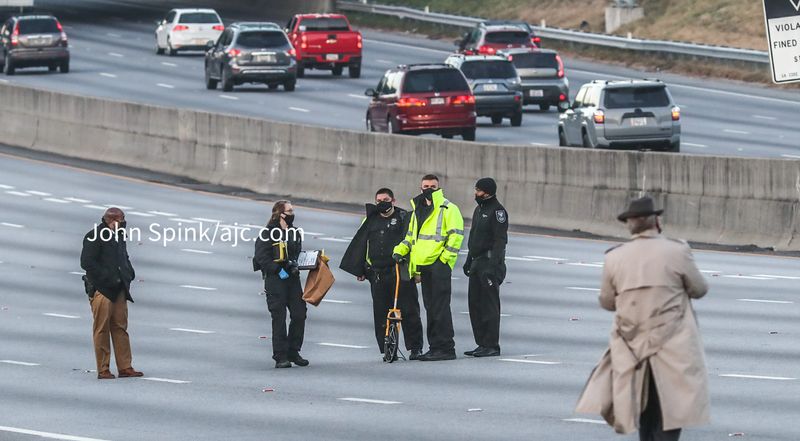 As investigators worked, the northbound lanes of I-85 near North Druid Hills Road were shut down Thursday morning. Credit: JOHN SPINK / JSPINK@AJC.COM

Investigators opened the far left lane and HOV lane shortly before 9:30 a.m. and then opened the remaining lanes about 10 a.m.

— Please return to AJC.com for updates.