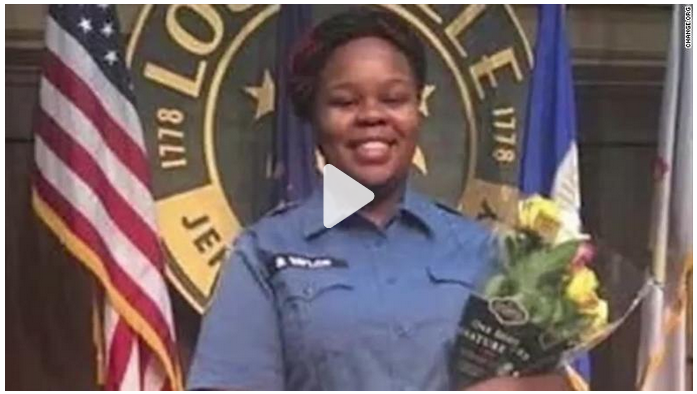 The city of Louisville, Kentucky, has agreed to pay $12 million to the family of Breonna Taylor and institute sweeping police reforms in a historic settlement of the family’s wrongful death lawsuit.

Mayor Greg Fischer, Taylor’s family and their attorneys announced the settlement at a joint press conference on Tuesday. Taylor, a 26-year-old EMT, was killed in her home by police on March 13.
As part of the settlement, the city agreed to establish a housing credit program as an incentive for officers to live in the areas they serve; use social workers to provide support on certain police runs; and require commanders to review and approve search warrants before seeking judicial approval, among other changes.
“Justice for Breonna means that we will continue to save lives in her honor,” said Tamika Palmer, Taylor’s mother. “No amount of money accomplishes that, but the police reform measures that we were able to get passed as a part of this settlement mean so much more to my family, our community, and to Breonna’s legacy.”
A spokeswoman for the mayor’s office confirmed the $12 million settlement is the highest-ever paid by the city. Family attorney Benjamin Crump called the payout “historic” and said he believed it is one of the largest amounts ever paid out for a Black woman killed by police in the US.
Mayor Fischer said the city is not admitting wrongdoing in the agreement.
“I cannot begin to imagine Ms. Palmer’s pain,” Fischer said. “And I am deeply, deeply sorry for Breonna’s death.”
The settlement comes more than six months after Louisville Metro Police officers broke down the door to Taylor’s apartment and fatally shot her while executing a late-night, “no-knock” warrant in a narcotics investigation.
The fatal police shooting has led to months of protests in Louisville and across the country under the overarching Black Lives Matter movement against anti-Black racism and police violence. Since her death, the police chief was fired in June after a separate police shooting, and the Louisville City Council passed “Breonna’s Law,” which banned no-knock search warrants.
Still, none of the officers involved in the flawed raid has been charged with a crime. Kentucky Attorney General Daniel Cameron, the first Black person to hold the post and a Republican rising star, was made a special prosecutor in the case earlier this year, and the FBI has opened an investigation as well.
On Tuesday, Crump, attorney Lonita Baker and Palmer continued to push for criminal charges against the officers involved.
“It’s time to move forward with the criminal charges, because she deserves that and much more,” Palmer said. “Her beautiful spirit and personality is working through all of us on the ground, so please continue to say her name: Breonna Taylor.”

No timeline for potential charges 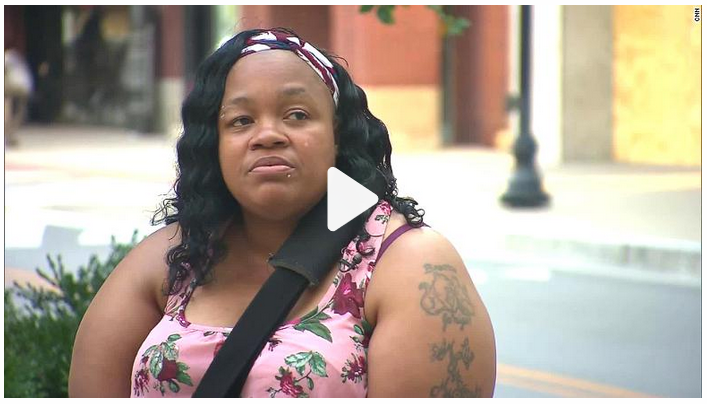 Breonna Taylor’s mom: I’ve never had a lot of faith in the system

A CNN review of Taylor’s shooting found that police believed she was home alone when she was in fact accompanied by her boyfriend, who was legally armed. That miscalculation, along with the decision to press forward with a high-risk, forced-entry raid under questionable circumstances, contributed to the deadly outcome.
Taylor’s boyfriend, who said he believed the home was being broken into, shot and injured an officer, and police killed Taylor in the return fire. There is no body camera footage of the incident, police said.
Until Freedom, a social justice organization that has protested in Louisville, released a statement reacting to the settlement.
“No amount of money will bring back Breonna Taylor,” the group said. “We see this settlement as the bare minimum you can do for a grieving mother. The city isn’t doing her any favors. True justice is not served with cash settlements. We need those involved in her murder to be arrested and charged. We need accountability. We need justice.”
The Louisville Metro Police Department declined to comment. The police union did not immediately respond to a request for comment.
One officer, Brett Hankison, was fired in late June for “wantonly and blindly” firing 10 rounds into her apartment, then-interim Louisville Police Chief Robert Schroeder wrote.
An attorney for Hankison and Sgt. Jonathan Mattingly, who also fired his weapon during the incident, declined to comment on the settlement. CNN has reached out to an attorney representing Officer Myles Cosgrove, the third officer involved in the shooting.
A grand jury has been empaneled to investigate the shooting, though an announcement has not been made about those proceedings.
Cameron is expected to announce a charging decision soon. He has declined to provide a specific timeline.
“My office is continually asked about a timeline regarding the investigation into the death of Ms. Breonna Taylor. An investigation, if done properly, cannot follow a specific timeline,” Cameron tweeted last week.
Correction: An earlier version of this story misspelled the last name of Brett Hankison, the officer fired after Breonna Taylor’s death.

Read the original story on CNN.com.