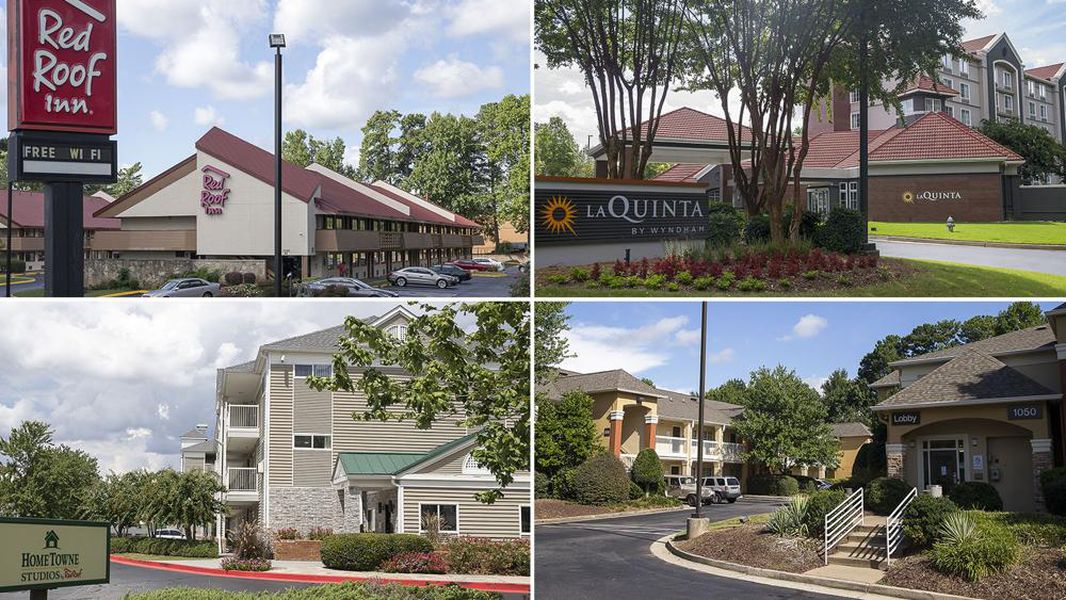 In August 2019, federal sex trafficking lawsuits were filed against four Atlanta-area hotels. Since then, additional lawsuits have been filed, including one naming a DeKalb County hotel.

She responded to an online advertisement for a free room. When “C.B.” arrived at a DeKalb County hotel the man who placed the ad told the 15-year-old she would be working as a prostitute, according to a federal lawsuit filed last week.

C.B. was raped by the man, Timothy Lyle Chappell, who had already served prison time for child molestation and was living in a room at the Hilltop Inn on Moreland Avenue. Instead of reporting obvious signs indicating C.B was being trafficked, the hotel did nothing and profited from room rentals, the lawsuit claims.

“These signs included a 15-year-old having her own room with multiple condoms and condom wrappers in that room and with a man over 30 years her senior in the room next door,” the lawsuit states. “While C.B. was trafficked at the Hilltop Inn, many older men visited her room and each for short periods of time… Defendant knew or should have known that the number of daily visits by older male visitors was obviously indicative of minor sex trafficking, and defendant failed to control or monitor the frequent male visitors.”

The lawsuit, filed in the U.S. District Court of North Georgia, is the latest in a string of lawsuits targeting hotels in Metro Atlanta. All of the cases, filed against various hotels and property owners, are still pending. And though each trafficking victim’s lawsuit is different, all have the same goal: targeting the “venues” or hotels that allow the crimes to happen.

“Criminal prosecutors are making great strides, but they cannot win the battle against human trafficking without the help of others,” attorney Matthew Stoddard, who filed the latest lawsuit, told The Atlanta Journal-Constitution. “The courthouse is one tool that can help bring about social change.”

Naseeb Investments, which owns the Hilltop Inn in Conley, did not respond to a request for comment on the case.

According to details outlined in the lawsuit, Chappell rented C.B. a room next to his and verbally abused the teen in the hotel’s common area in 2010. He also advertised her as a prostitute online, but one man who arrived at the hotel to pay for sex with C.B. was angry she was young and loudly complained at the hotel, the suit states. The man left without assaulting the girl.

CB, now in her 20s, was trafficked for more than two days. Chappell threatened to hurt her if she tried to leave, the lawsuit states. She was able to leave the Hilltop Inn by convincing one of the men who assaulted her to drive her home, the suit states.

In April 2012, Chappell was 50 was when was sentenced to serve 20 years for enticing a minor to engage in prostitution and transporting and harboring a minor for prostitution, according to the U.S. Attorney’s Office. At the time he trafficked C.B., he was already a registered sex offender after molesting two children in Cobb County.

“We are satisfied that this lengthy prison sentence will protect other children from harm by this predator and hope that it will serve as a warning to like-minded individuals who are considering engaging in similar reprehensible conduct,” then-U.S. Attorney Sally Quillian Yates said after the sentencing.

In her civil lawsuit, C.B. is seeking a trial by jury and unspecified damages for personal injuries, mental and emotional injuries, pain, suffering, and mental anguish.

“We look forward to explaining this event to a jury,” Stoddard said.

Absentee ballots can begin to be opened, but not counted, in Georgia