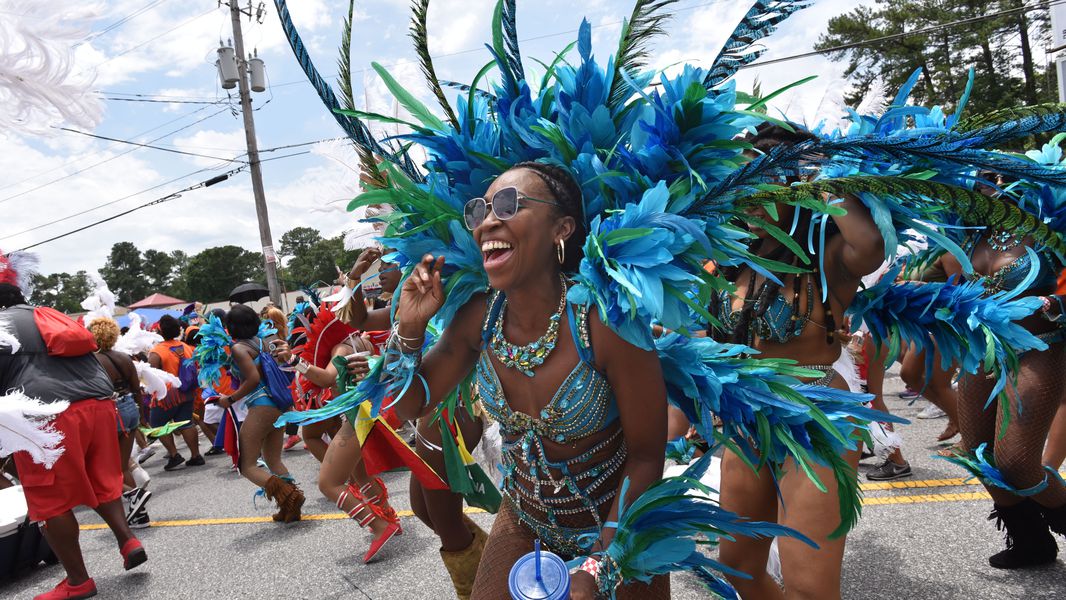 May 27, 2017 Decatur – Parade participants march down Covington Highway during Atlanta Caribbean Carnival Parade in Decatur on Saturday, May 27, 2017. The parade is hosted by Atlanta Carnival Bandleaders Council (ACBC) to promote a broader understanding and a deeper appreciation of Caribbean culture among the Atlanta community by seeking the interest of carnival bands and steel bands, and using the Atlanta Caribbean Carnival as a vehicle for the promotion of Caribbean culture. HYOSUB SHIN / HSHIN@AJC.COM

Tens of thousands of people usually come to Stonecrest each Memorial Day weekend to celebrate Caribbean culture, but they’ll have to wait until 2022.

For the second year in a row, the Atlanta DeKalb Caribbean Carnival has been postponed due to the COVID-19 pandemic, according to a news release. The event typically attracts more than 20,000 participants and has been an annual tradition since 1988. 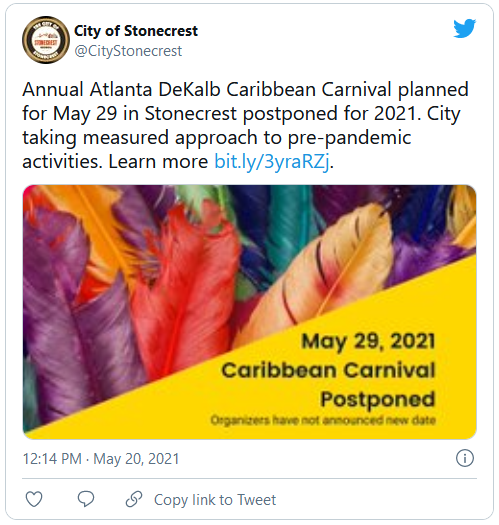 While other DeKalb cities have begun to reintroduce in-person events at the end of May, Stonecrest city leaders are hesitant that now is the right time for large gatherings.

“The city remains cautious in its approach to resuming and permitting these activities,” Stonecrest said in the release. “… With a focus on public health as its guide, the city is developing a plan for resuming special events and festivals on city-owned and public property.”

After Brookhaven announced plans for a large “post-pandemic” summer block party, Stonecrest Mayor Pro Tem George Turner said he thought they might have “jumped the gun a little bit” with their plans.

The carnival organizers confirmed the event, previously scheduled for May 29, has been postponed. A new date has not been announced. The organizer is removing flyers and updating online promotions for the now-canceled event to avoid crowds.

“We appreciate the community’s patience and understanding as we move safely towards pre-pandemic activities and continue to work together to be a world-class city,” the release said.