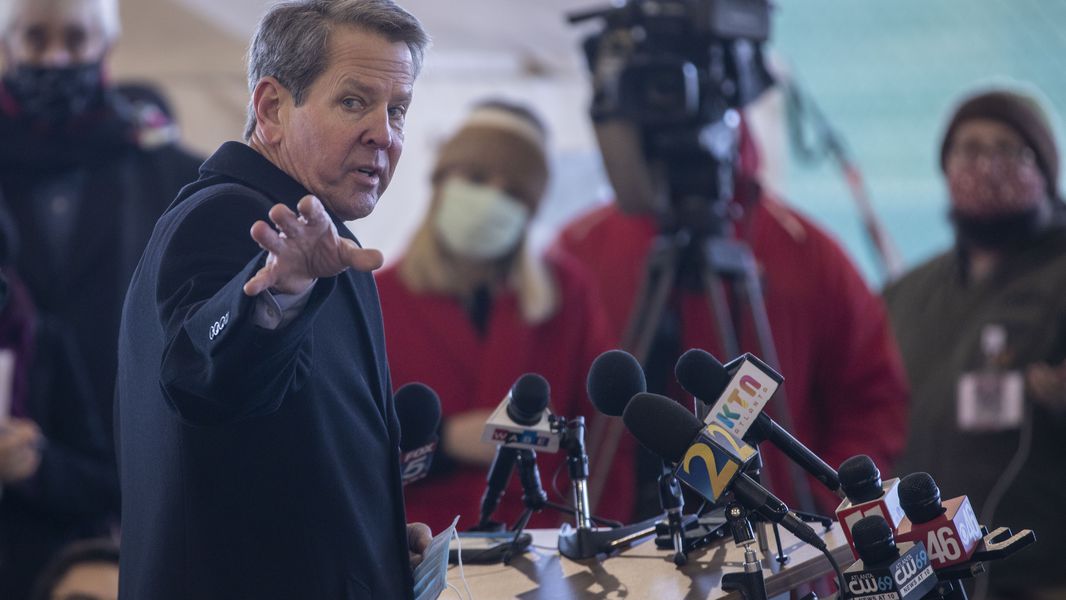 Georgia’s allotment of COVID-19 vaccine doses will slightly increase next week, but Gov. Brian Kemp said the state is nowhere near on track to be able to expand vaccine eligibility to include teachers and other essential workers for at least two to three weeks.

Kemp said Wednesday that 1 million Georgians have now received a COVID-19 vaccine shot, which he called “an encouraging milestone.” But he said the state can’t ramp up for mass vaccinations because it doesn’t have enough vaccine.

Starting next week, Kemp said, the number of doses allocated to the state will increase from 120,000 doses a week to 154,000 doses, due to the Biden administration’s plan to release more supplies. However, Kemp noted there are 2 million Georgians currently eligible to be vaccinated. That includes those 65 years and older, healthcare workers and public safety officers, as well as those who live and work in long-term care facilities.

“Our demand is drastically outpacing the supply that we’re seeing in our state,” Kemp told reporters at Jim Miller Park in Cobb County, where he toured its vaccination site. 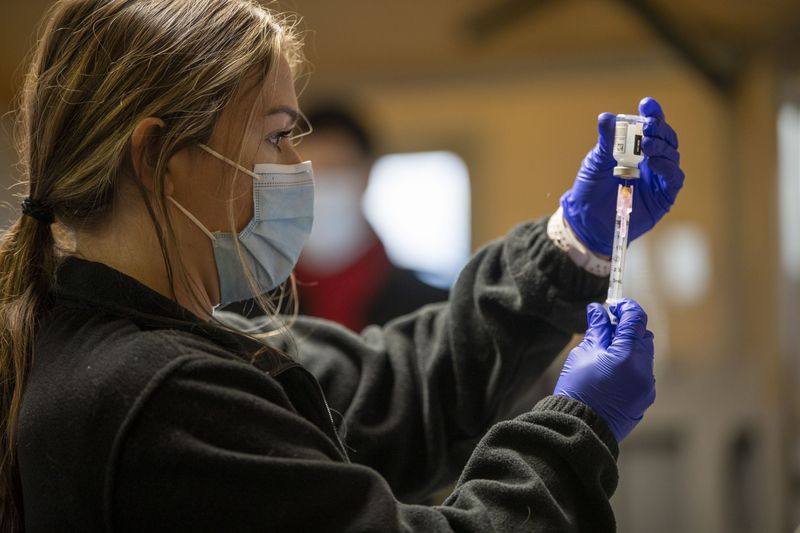 Kennesaw State University Nursing Student Julia Taylor prepares a single does of the Moderna COVID-19 vaccine for a patient at a drive thru vaccination at Jim Miller Park in Marietta Wednesday. (Alyssa Pointer / Alyssa.Pointer@ajc.com)

Kemp said it will likely be at least two to three weeks before the state can expand vaccine eligibility to 1B, which would include teachers and other essential workers.

A pace of 154,000 doses per week would require several weeks, even months to meet the demands of the first category of Phase 1A. But several factors at play, including the availability of more COVID-19 vaccines, could accelerate the pace to move beyond this phase.

Johnson & Johnson, the only major drugmaker developing a single-dose vaccine for COVID-19, recently announced that its shot provided strong protection against COVID-19 according to clinical trials. But the vaccine’s effectiveness dropped from 72 percent in the United States to 57 percent in South Africa, where a new highly contagious strain is prevalent.

Johnson & Johnson is expected to submit an application to the U.S Food and Drug Administration for emergency use authorization for its vaccine some time this week, and the company said it would be prepared to ship doses immediately following an authorization. This could provide a new supply source of vaccines. 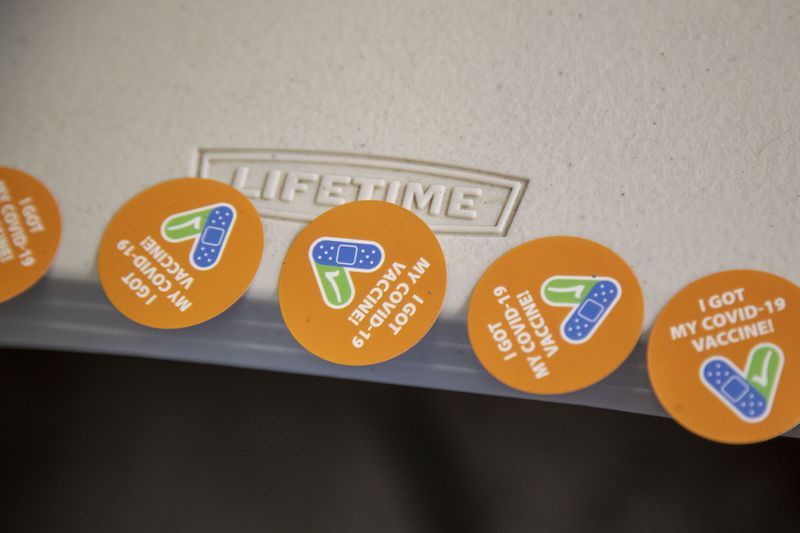 Celebratory stickers are available to patients that receive a dose of the COVID-19 vaccine during a drive thru at Jim Miller Park in Marietta. (Alyssa Pointer / Alyssa.Pointer@ajc.com)

And while throngs of people, including older adults, have been desperately scrambling to try to set up an appointment to get the shot, others are in no hurry to get the vaccine, and some are deeply hesitant about getting the vaccine. But states also don’t have to necessarily wait until one category is complete before expanding to the next phase.

But the number of deaths is at its highest point during the pandemic. The seven-day rolling average of confirmed deaths was 112 Tuesday (and 140 if including probable deaths), according to state COVID-19 data.

But Georgia, the rest of the world, is in a desperate race against time to vaccinate as many people as possible to avert another COVID-19 surge as worrisome variant strains emerge.

Dr. Kathleen Toomey, Georgia’s public health commissioner said the variant strains of the coronavirus are concerning, and a limited surveillance system fails to capture the true spread of these new strains. Toomey said there were 23 cases identified, and said people shouldn’t focus on exactly where the cases have been detected because, she said, the B.1.1.7 variant, a new highly contagious strain that first emerged in the U.K. is probably now widespread throughout the state.

Dr. Lynn Paxton, district health director of the Fulton County Board of Health, said of the 23 cases throughout the state, eight are in Fulton, adding about the cases detected so far, “we know this is a wild underestimation of the actual prevalence of this variant in our population.”

She said the contact tracers handle the variant strain cases just like any COVID-10 case, exempt the lag time in getting test results back delays and complicates tracing efforts.

And she said it’s just a matter of time before the more contagious strain becomes the dominant one.

“In every in situation where you have variant or mutant that is more transmissible than the original one (virus) then you can bet your bottom dollar eventually that going to become the predominant variant,” she said.

She and other public health experts emphasized new strains are a powerful reminder of the need to stay vigilant in fighting the virus, even as vaccines promise and end to the pandemic. They continue to implore people to embrace a stick-to-the-basics strategy: Wear a mask (maybe even two.) Avoid crowds. Practice social distancing. Wash your hands. And get vaccinated — as soon as you can.

State and local health department officials have been criticized for various problems involving the vaccine distribution rollout. One widespread complaint from many elderly residents has been their inability to set up initial or follow-up appointments.

The governor said his team is working to set up mass vaccination sites but “we do not have the (vaccine) supply to do that right now.”