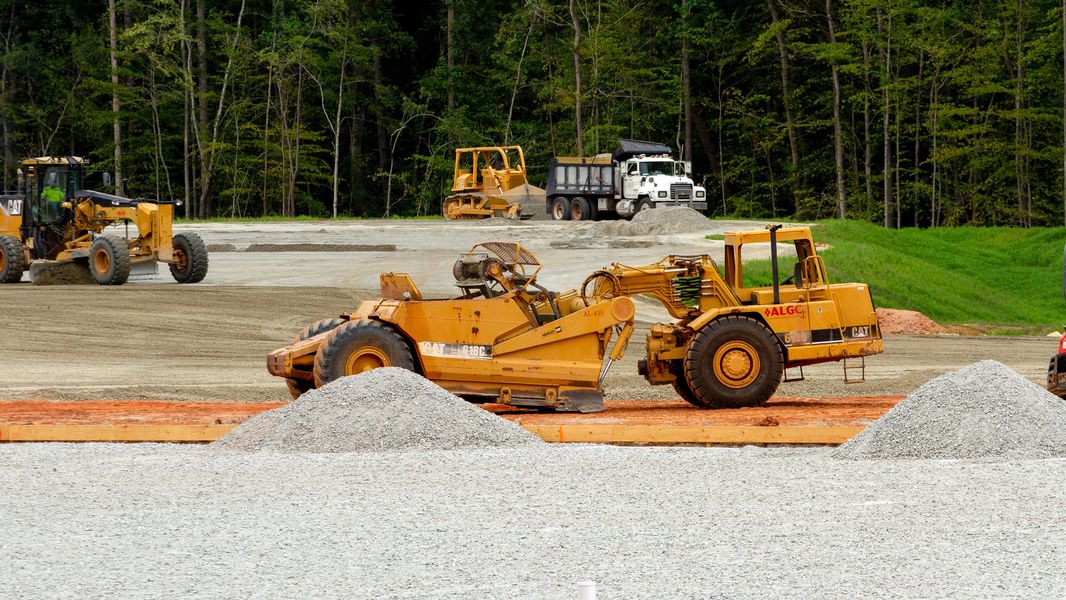 Construction of the recycling plant across the street from the Decatur subdivision Windsor Downs continues Friday, July 24, 2020. STEVE SCHAEFER FOR THE ATLANTA JOURNAL-CONSTITUTION

A DeKalb County judge recently ruled a citizen activist group can join a lawsuit against a concrete recycling plant that’s under construction in Stonecrest.

The Citizens for a Healthy and Safe Environment (CHASE) will be able to oppose the Metro Green Recycling project in DeKalb County Superior Court, according to Judge Tangela M. Barrie’s Dec. 30 ruling. CHASE, an organization that works to protect south DeKalb residents from environmental injustices, said the recycling plant would expose nearby neighborhoods to pollution.

Metro Green is currently building the facility on a 50-acre property near Snapfinger Woods Drive, which is a predominantly residential area within the majority Black city Stonecrest. The project sparked multiple protests and led to DeKalb politicians questioning the legality of the project, since the necessary permits allegedly violate the county’s solid waste management plan.

Stonecrest officials, including Lary, are now seeking a restraining order against the company after pressure from residents and questions over why the EPD granted the permit, despite opposition from DeKalb officials. Metro Green, the EPD, DeKalb County and a few state officials are listed as defendants in the lawsuit.

On Nov. 18, the Southern Environmental Law Center filed a motion to intervene on CHASE’s behalf, asking the judge to allow the citizen group to argue its case against the recycling plant. During a December hearing, CHASE attorney April Lipscomb argued that hundreds of residents who live in unincorporated DeKalb will be affected by the development, adding that their interests are not represented by Stonecrest.

Metro Green objected to CHASE’s motion, with attorney Matt Benson arguing that the court already has every necessary party to resolve the issue. Benson added that an intervention request by a Stonecrest resident was denied by the court, since her interests were already represented by the city.

The judge sided with CHASE.

“DeKalb County is not a plaintiff in the case,” Barrie wrote in her ruling. “The county is in a defensive posture, not a prosecutorial posture. The fact that city (Stonecrest) and county are opponents in this case inherently means that they cannot be aligned, and CHASE’s members want similar relief to that sought by the city.”

“We are glad to have the opportunity to move forward with our challenge against the environmental injustices that our neighborhoods are already facing as a result of Metro Green’s facility,” she said.

A date has not been set for the next hearing.