Hunting in the ‘burbs: Dunwoody residents want to change laws 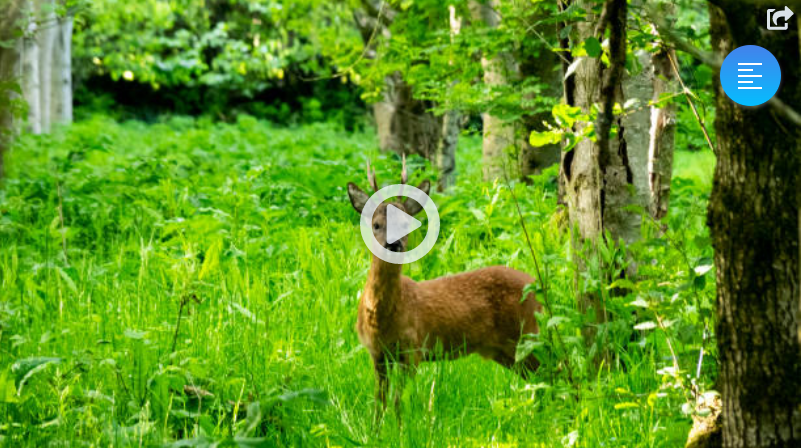 Several deer killed by hunters have turned up in Dunwoody homeowners’ yards. The City Council plans to ask legislators to change long-standing state law that makes it legal to hunt deer in the suburban city. State law bars anyone from using a firearm to hunt in DeKalb County, but bow hunting is allowed during a roughly four-month season each year. The concerned residents brought up fears of stray arrows and the possibility of an injured animal wandering onto their property before dying. Since October, two deer were found dead of gunshot wounds and a third shot by a bow near homes in Dunwoody

After several deer killed by hunters have turned up in Dunwoody homeowners’ yards, the City Council plans to ask legislators to change long-standing state law that makes it legal to hunt deer in the suburban city.

Since October, two deer were found dead of gunshot wounds and a third shot by a bow near homes in Dunwoody. One shooting in a backyard was caught on a video widely circulated on social media and TV.

While it is illegal to hunt in DeKalb County with a firearm, many residents were unhappy to learn hunting with a bow and arrow is allowed. Their concerns boiled over at Monday’s Dunwoody City Council meeting, where they argued any type of hunting near their homes is dangerous and called on city leaders to change the laws.

State law bars anyone from using a firearm to hunt in DeKalb County, but bow hunting is allowed during a roughly four-month season each year. Deer are the only prey legal to hunt, and there are many other stipulations on when and where hunters are allowed.

Sgt. Lee Brown, a Georgia Department of Natural Resources supervisor for DeKalb, Gwinnett and Rockdale counties, said hunters must have a state-issued hunting license and can not hunt on public property, including parks or public roads.

Hunters must get permission from a property owner in order to hunt, and they can only fire an arrow during daylight hours and 30 minutes before and after sunrise and sunset. While a Dunwoody resident can hunt on their own property, many people travel to the northern DeKalb city to hunt.

“Most of the urban bow hunters try to do it discreetly,” Brown said. “Before this arose in Dunwoody, we wouldn’t get any complaints or anything about bow hunters.”

While many think of Dunwoody as rows of neighborhoods, Perimeter Mall and the Dunwoody Village shopping plaza, the city also has swaths of privately owned land near power lines and in its northern and eastern portions. Brown said it’s impossible to know how many hunters are coming to the area, since anyone with a proper license and property owner’s permission can travel to the city to hunt. 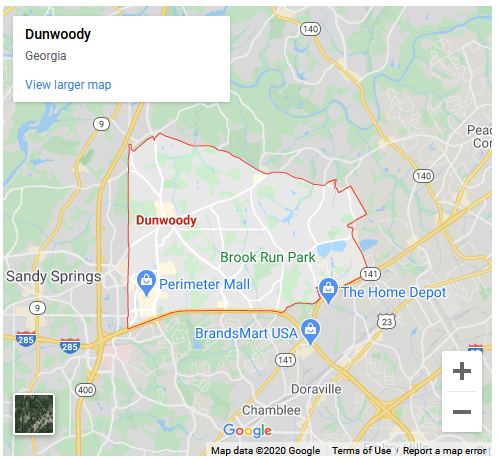 In October, a resident found a deer that had been shot and killed with a firearm off Mt. Vernon Road. Nearly everything about that incident was illegal, Dunwoody police Chief Billy Grogan said.

According to a camera recording car tags, officers believe the shooter was driving a stolen vehicle, fired from the vehicle on a public road and left the deer to die on someone else’s property. The shooter has not been caught.

During Monday’s in-person City Council meeting, several residents said they are worried by the recent incidents and were unaware that bow hunting is legal in the city.

“I’m not in the woods. I don’t feel safe on my street anymore,” one resident said. “I’m wearing a mask to protect you. I want to know what you are doing to protect me.”

The concerned residents brought up fears of stray arrows and the possibility of an injured animal wandering onto their property before dying. Brown said the DNR rarely receives calls about slayed deer being abandoned, adding that most confrontations are over property owners refusing to let a hunter collect their kill.

“If they do shoot a deer and they track it (to another property) to retrieve it, they need to get permission from the land owner to retrieve the deer,” Brown said.

As for archery-related injuries, he said those fears are mostly unfounded.

“…As far as I know, we have not had any hunting incidents where someone was shot with archery equipment,” Brown said. “The hunters are usually elevated and shooting down.”

A few people spoke out in favor of bow hunting, including a Roswell resident who said he’s hunted in Dunwoody since 2007 without incidents or complaints.

“One bad apple spoils the bunch,” he said. “But there are people that are doing it the right way.”

Hunters legally bagging deer each season is a vital source of population control, wildlife experts say. While the specific number of deer in Dunwoody isn’t known, Grogan said car crashes involving deer are common in the city. He said his officers have responded to 75 such calls in 2020, which Brown said is a high number for a city of nearly 50,000 residents.

“That shows there is a very high population of deer there,” he said. “Hunters are one of the best wildlife management tools there are to help keep a herd in good shape.”

According to Georgia law, cities and counties are not able to limit or remove hunters’ rights. Any changes to bow hunting laws in DeKalb would have to be allowed by the state Legislature.

“We’re going to look into strategies that may allow our residents to protect their property, but we need the Legislature to change the rules to allow jurisdictions to determine what works for them,” she said.

During Monday’s meeting, the council discussed that limiting the sunrise and sunset hunting hours could lessen the chance a hunter isn’t able to track and retrieve their injured prey.

“An intrusion is an intrusion,” Deutsch said. “A deer dying on someone else’s yard is very traumatic for the homeowner.”

Brown said the best course of action a homeowner can do if an unwanted carcass is left on their property is to call the DNR’s ranger hotline at 1-800-241-4113. More information on hunting licenses and laws can be found at gadnr.org/hunting.