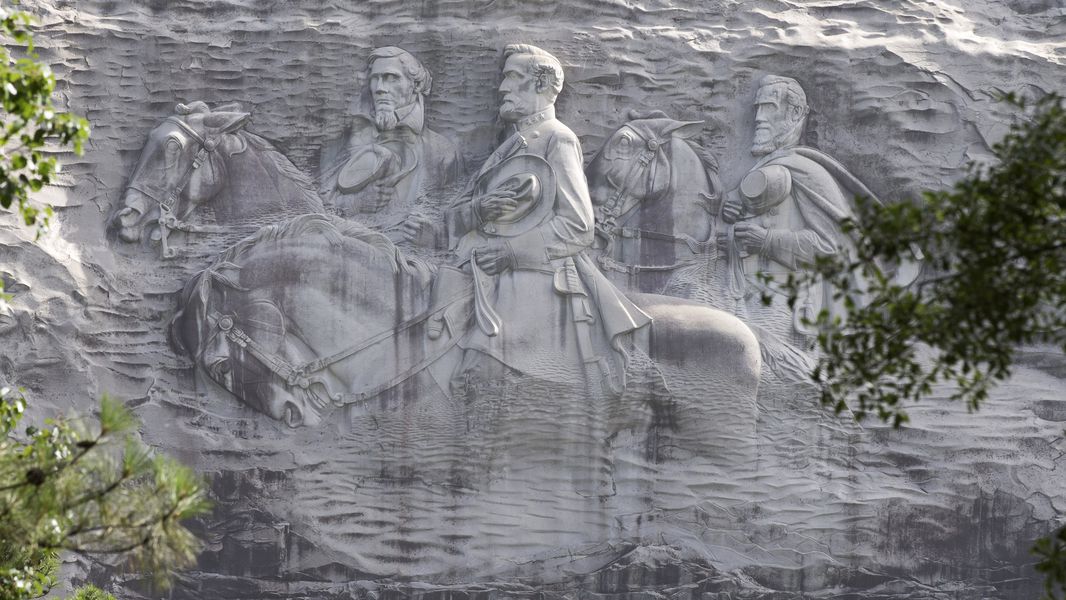 A local activist group made its pitch Monday for a re-imagined Stone Mountain Park, asking officials to work with them on a wide-ranging plan to remove, relocate and contextualize the Confederate imagery that defines one of Georgia’s most popular and divisive attractions.

Some of those officials — board members of the Stone Mountain Memorial Association — have recently expressed a willingness to address the area’s history more completely. The association is purportedly already discussing additions to the park.

But board chairman Ray Stallings Smith III said sweeping changes like those brought forth by the grassroots group known as the Stone Mountain Action Coalition are a tough sell.

“We’re open to some changes,” Smith said. “But our changes are probably gonna be a little different than what they’re proposing. Because again, we are constrained by state law.”

The Stone Mountain Action Coalition coalesced in recent months, as the national discussion about systemic racism reignited and the mountain re-emerged as a cultural flashpoint, drawing white supremacists and counter-protesters to the area on multiple occasions.

The group’s proposals include removing the Confederate flags that have long flown at the base of the mountain; changing names of streets and other park features with Confederate affiliations; and launching a larger branding effort that would focus the park on themes like nature, racial reconciliation and justice.

The coalition also suggested halting maintenance on the mountain’s massive carving of Confederate leaders Jefferson Davis, Stonewall Jackson and Robert E. Lee, which it views as a potential short-term solution while working to change state laws that protect the monument. 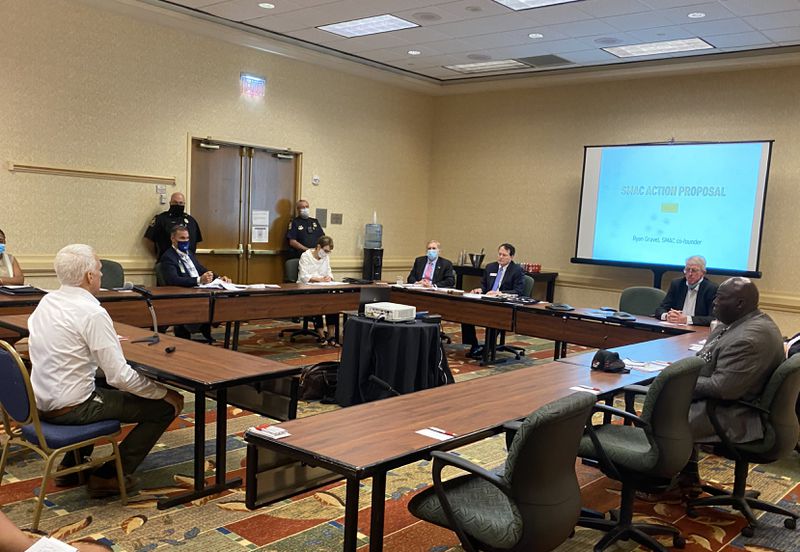 “We don’t believe that taking a piecemeal, token kind of approach to adding little trinkets here and there is going to be good enough to really resolve the history of the mountain and the way that people see it,” said Ryan Gravel, a coalition co-chair.

Several other coalition members also spoke during Monday’s presentation. They said that they weren’t making demands but asking to partner with the memorial association to create a more welcoming park.

Co-chair Meymoona Freeman produced an American flag that she suggested could replace one of the Confederate banners that fly at the mountain’s base.

Smith, the memorial association chairman, has previously said that additions that would help balance the historical picture at the park are being discussed, but has provided few details. He said Monday that the memorial association board meeting originally planned for next week — a gathering where those potential additions were set to be discussed in public — is likely to be pushed back.

“We’re going to meet with the governor and see what he wants to do” before presenting a plan, Smith said.