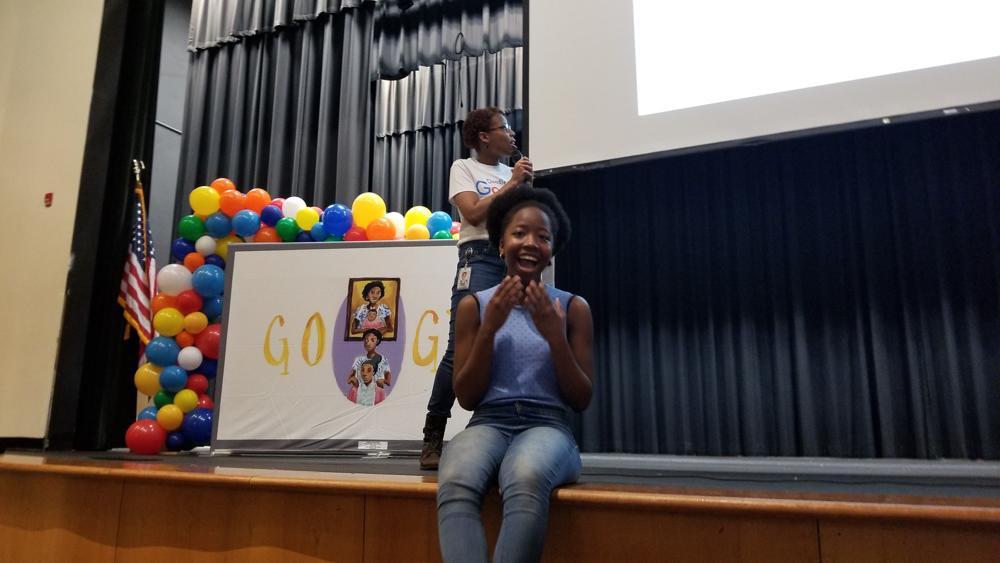 Arantza Pena Popo after learning she was the contest’s winner for Georgia. Photo Courtesy of Google.

A recent DeKalb County schools graduate has “doodled” her way to a win in a national competition run by Google.

Arantza Pena Popo, who just graduated as one of two valedictorians from Arabia Mountain High School, won the “Doodle for Google” competition, the tech giant announced.

Her submission is featured as Google’s logo on the site’s homepage Tuesday.

She will also receive a $30,000 college scholarship, and Arabia Mountain will be awarded $50,000 to establish or improve a computer lab or technology program, according to Google.

Popo was previously chosen as the competition’s representative from Georgia, before an online vote declared her the national winner.

The contest directed K-12 students to redesign the Google logo inspired by the theme  “When I grow up, I hope…” Popo’s doodle is called “Once You Get It, Give It Back.” 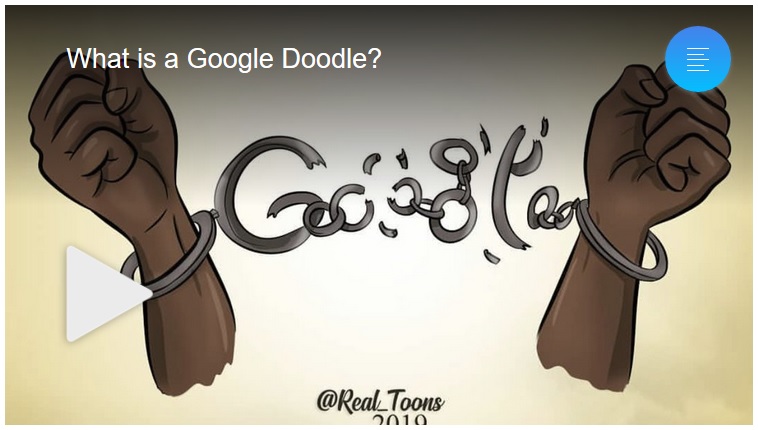 Originally from Colombia, Popo came to the United States as a young child, which is when she began drawing, The Atlanta Journal-Constitution reported earlier this summer.

Her artwork often documents immigrants’ experiences and struggles, and has already earned her a lot of acclaim. Last year, she was the grand prize winner in the Congressional Arts Competition.

The Lithonia teen is bound for the University of Southern California to study graphic design this fall, the AJC previously reported.

Are You a Victim of Domestic Violence in DeKalb County?