Georgia struggles with how to report rapid virus tests to public 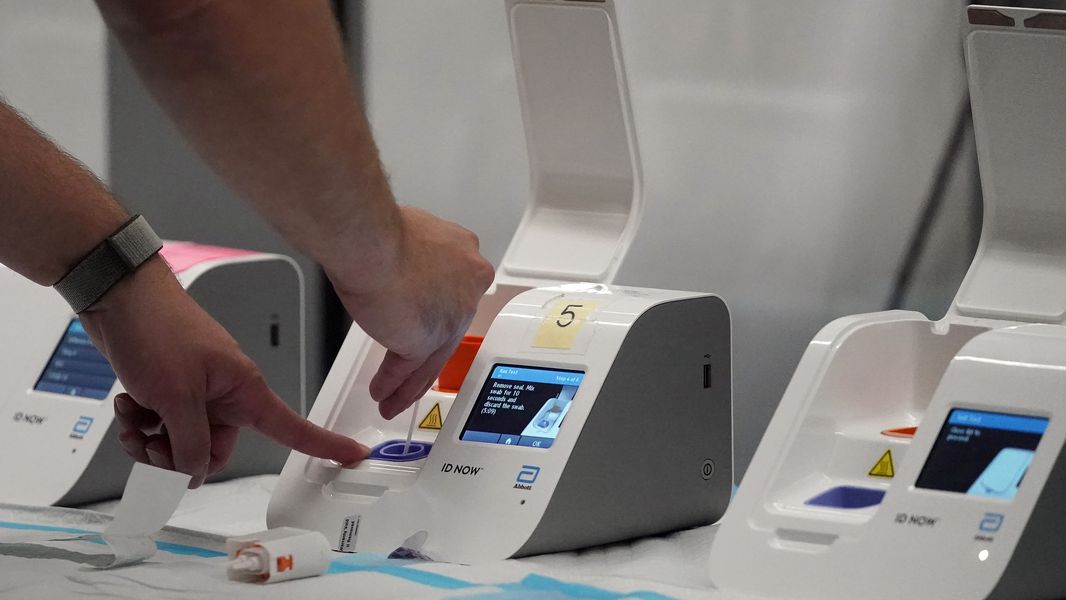 About 3 p.m. each day, the state of Georgia updates its daily and cumulative counts of new coronavirus cases confirmed by laboratory testing.

But there’s a number missing from the state’s widely viewed dashboard that helps the public track the epidemic. The Georgia Department of Public Health (DPH) doesn’t publish “probable” cases of COVID-19 on its main dashboard as more than two dozen other states do, according to a review by The Atlanta Journal-Constitution. Probable cases typically are diagnosed via rapid antigen tests.

The weekly White House Coronavirus Task Force reports since at least Sept. 20 have said all antigen tests, both positive and negative, must be reported and that positive antigen tests must be considered COVID-19 cases.

Critics say the missing antigen test data creates an incomplete picture of the virus’ spread just as antigen tests are becoming more widely used and cases of the virus have started to climb once again.

Through Monday, the number of positive antigen tests in Georgia was 26,983. That equals about 7% of the 374,697 combined laboratory confirmed and antigen positive cases.

DPH Commissioner Dr. Kathleen Toomey on Oct. 7 promised the state would publish the data on its main dashboard within days. DPH spokeswoman Nancy Nydam said the agency now hopes to publish daily antigen test information before the end of this month, citing progress in overcoming a number of challenges.

But DPH does not plan to immediately incorporate probable cases into the statewide and county graphs on its main dashboard.

“There are a number of ways the state still needs to be a better job of reporting test results,” said Dr. Harry J. Heiman, a clinical associate professor at the Georgia State University School of Public Health. “This is one.”

DPH records probable cases weekly and the public can find the data online. But only if they know where to look.

Until Monday, DPH published new probable COVID-19 cases on its separate County Indicator Reports website without breaking out how many of those cases were identified by antigen testing. The website is linked at the bottom of the state’s main dashboard but can be easily overlooked.

On Monday, the state broke out antigen positive tests from probable cases in the County Indicator Report for what appears to be the first time.

COVID-19 cases are confirmed via reverse-transcription polymerase chain reaction, or PCR, tests. PCR results are considered the most accurate, but there are drawbacks as it often takes a couple days or longer to produce results.

The nation’s PCR-based testing infrastructure was insufficient early in the pandemic and was nearly broken by the summer surge in cases.

In July and August, testing centers and labs across the country were swamped. It took days for many in Georgia and other states to get tested and sometimes a week or two — or even longer — to get results, by which time an infected person could have sickened many others.

Public health officials have put their hopes on cheaper antigen tests coming to market to help fill the gap. Antigen tests detect proteins on the surface of the virus and can deliver results within minutes.

But there is a tradeoff for the speed. Antigen tests are less accurate than molecular PCR tests. They come with higher rates of false positive and false negative results, and for those reasons, antigen positives are considered “probable” cases, not confirmed.

The Trump administration recently committed to sending 3 million antigen tests to Georgia over the next few months and rapid tests are expected to play a larger role in many states’ virus surveillance network.

Many jails, nursing homes, schools and colleges use antigen tests for screening, and the public should see this information in clear and concise way, said Heiman.

Nydam said probable cases initially will not be plotted in the county or statewide case graphs on the dashboard, she said, though she didn’t rule that out for the future.

Probable cases also won’t initially be added to the DPH dashboard calculations by county of cases per 100,000 people over a two-week period, a metric many schools, businesses and residents use to gauge recent spread in their communities.

Some states like Connecticut include probable cases in their daily infographics.

“I don’t see major barriers to reporting it in a clear and transparent way,” Heiman said.

DPH said there have been technical challenges to overcome before it can publish probable cases daily.

“DPH is in the process of onboarding facilities that are doing antigen testing,” Nydam said in a recent email.

“We’ve made a lot of progress with some of the bigger facilities,” she said, referencing care homes, universities and urgent care clinics and pharmacies with testing such as CVS. “Currently we are working with providers and facilities for more efficient means of reporting … but it would be ideal if the antigen device manufacturers would let DPH know where they are sending their devices so that we could identify providers and facilities that we need to work with.”