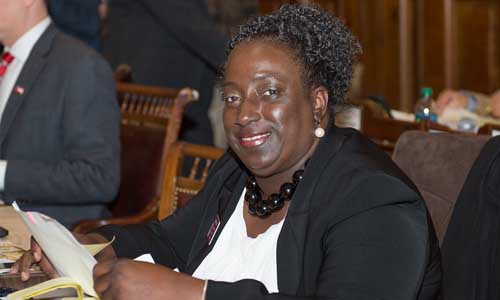 Lawmakers say they are deeply concerned and want Georgia Labor Commissioner Mark Butler to take action to process backlogged claims that are over 30 days late. Legislators say they want more staff to be trained and hired to resolve the issue, as well as an emergency call center to respond to the public.

“We are at a critical time for many Georgians,” said State Rep. Sandra G. Scott of House District 76, who is organizing the press conferences. “Failure to pass the extended unemployment benefits have left individuals, families, workers and businesses at risk. With moratoriums lifted on evictions and utilities, the most vulnerable will be hardest hit. As virtual learning is set to begin, stable housing and utilities are being shut off and families need their UI benefits so it won’t have a negative impact on their children starting school.”

“Many Georgians have failed to receive their UI benefits and payments. Many have not received any correspondence from the Georgia Department of Labor,” said Schofield. “We are in a state of emergency and we need Commissioner Mark Butler to release the UI funds to the people that have been waiting for months.”

Press conferences this week will be held with concerned citizens at 10 a.m. in parking lots of the following locations: