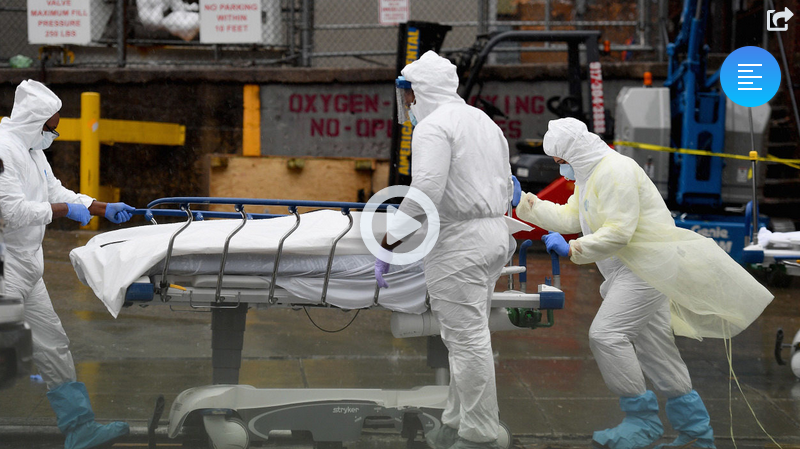 Life Expectancy in US Drops by a Full Year, Most Since World War II.The staggering estimated fall of U.S. life expectancy was reported on Thursday by the Centers for Disease Control and Prevention (CDC).This is a huge decline. You have to go back to World War II, the 1940s, to find a decline like this, Robert Anderson, CDC, via AP News.Health experts say that while the drop in life expectancy is largely due to deaths caused specifically by COVID-19 in 2020, .it is also due to deaths from other causes that were impacted by COVID-19, such as heart disease and cancer.Minorities suffered the most significant drops in life expectancy with Black Americans losing almost three years.and Hispanic Americans losing nearly two years.What is really quite striking in these numbers is that they only reflect the first half of the year … I would expect that these numbers would only get worse, Dr. Kirsten Bibbins-Domingo, UC San Francisco, via AP News.In 2020, more than three million people died in the U.S. It was the deadliest year in the nation’s history

The number of confirmed coronavirus cases in Georgia passed 800,000 on Friday, marking the second grim milestone in less than a week as the state continues battling a global pandemic that has already killed more than 2.4 million worldwide.

According to the latest numbers released by the state Department of Public Health, Georgia has recorded 800,959 confirmed cases of COVID-19, with 2,237 more cases reported over the last 24 hours. Earlier this week, the state surpassed 14,000 confirmed coronavirus deaths. The latest death toll released Friday stands at 14,530.

The sites will open Monday and initially dispense about 22,000 shots per week, though Kemp said the state’s network will eventually expand to more locations.

Globally, more than 110 million cases of the coronavirus have been recorded, according to Johns Hopkins University. The U.S. continues to lead the world in cases — 27.9 million — and deaths, with more than 494,000.

Last month, the Atlanta-based Centers for Disease Control and Prevention predicted the U.S. coronavirus death toll to rise to more than 500,000 by mid-February.

Average daily new coronavirus cases in the United States dipped below 100,000 in recent days for the first time in months, but experts cautioned last weekend infections remain high and precautions to slow the pandemic must remain in place.

The seven-day rolling average of new infections was well above 200,000 for much of December and went to roughly 250,000 in January, according to data kept by Johns Hopkins University, as the pandemic came roaring back after it had been tamed in some places during the summer.

“We are still at about 100,000 cases a day. We are still at around 1,500 to 3,500 deaths per day. The cases are more than two-and-a-half-fold times what we saw over the summer,” Dr. Rochelle Walensky, director of the CDC, said on NBC’s “Meet the Press.” “It’s encouraging to see these trends coming down, but they’re coming down from an extraordinarily high place.” 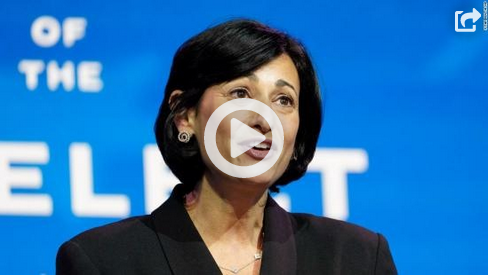 This week’s winter storms that have disrupted social distancing precautions and thrown people from different households together have also undermined the nation’s vaccination drive, with tens of thousands of vaccine doses stranded and inoculations canceled. Public health experts are also worried that crowding people into shelters can contribute to the spread of COVID-19, but that there are ways to lower the risks, through masks and distancing.

“The ethics of the situation are simple enough,” said Dr. Stefan Kertesz, a University of Alabama at Birmingham professor of medicine and a homeless health researcher who runs a clinic for homeless veterans. “We can’t protect people tomorrow if they die today. Warming stations are needed.”

Massachusetts Gov. Charlie Baker said Thursday he is thinking of sending the National Guard into the South to bring back held-up shipments of vaccine earmarked for the state. He said the state can’t afford to go a week without getting any new doses.

North Carolina vaccine providers have yet to receive tens of thousands of doses the federal government was set to deliver this week, state officials said.

Grocery chains including Walmart and Publix have been forced to close some stores either because of lack of power or lack of workers. And at locations that remain open, customers complain of long lines outside and then empty shelves once brimming with water, bread and milk when they get inside. Texas grocery chain H-E-B, for example, closed some stores and is limiting customer purchases of items including brisket and propane tanks.