Georgia made more competitive by 1M new voters since ’16 election 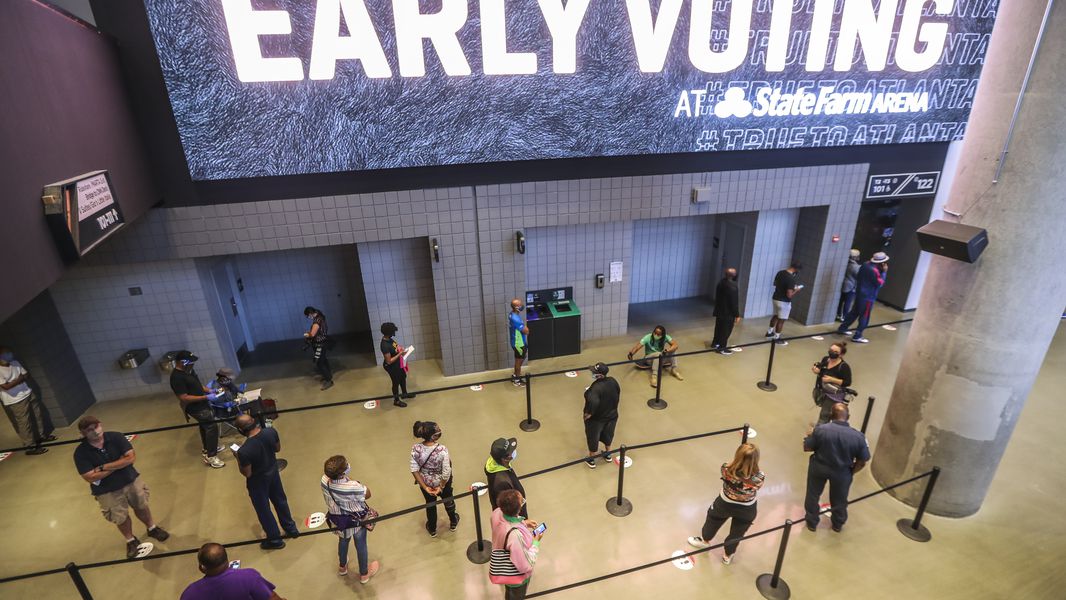 By Mark Niesse and Jennifer Peebles

The latest list of Georgia voters makes it easy to see why the state is in play this election.

There are now a record 7.6 million registered voters in Georgia, according to voter registration rolls obtained by The Atlanta Journal-Constitution from the Secretary of State’s Office after the Oct. 5 registration deadline.

Nearly two-thirds of the new voters since the last presidential election are people of color. White voters make up over half, 53%, of all registered voters in Georgia.

Recent polls have shown Republican President Donald Trump and Democrat Joe Biden in a tight race in Georgia. An AJC poll last month found the candidates tied at 47% each.

Automatic voter registration when Georgians get their driver’s licenses greatly contributed to the addition of nearly 1 million voters.

Since Georgia instituted automatic voter registration in September 2016, the number of voters under 35 years old has increased by 22%, the largest expansion of any age group. Of all new voters, almost half of them are under 35.

“The continued growth of Georgia’s registered voting population is a testament to the simple and easy registration options the secretary of state’s office provides to Georgia voters, including automated registration,” said Secretary of State Brad Raffensperger.

Georgia’s changing demographics have long been anticipated, but they happened more quickly than many people expected, Bullock said. He had thought it would take until 2022 or 2024 for Democrats to start winning statewide contests.

“If it comes this year, it’s as early as anybody other than staunch Democratic activists would have been talking about five years ago,” he said.

So many people have already signed up that it’s hard to find new ones to register, said Susanna Scott, president of the Georgia chapter of the League of Women Voters.

When Scott worked at a recent voter registration drive at the Tucker library, she didn’t encounter a single person who needed to be signed up. The League of Women Voters fielded many questions about absentee voting instead.

Everyone wants to make sure their votes count this election, she said.

“You can tell that people think the state’s in play, and candidates are really fighting for these new voters,” Scott said. “That is in part because we’re growing and we’re becoming a more diverse state.”

Over 5 million of the state’s voters are expected to turn out in this year’s election, easily dwarfing the 4.1 million who voted in 2016.

So far, over 2.1 million people had already cast their ballots through Wednesday, either by absentee or at in-person early voting locations.

Early voting lasts until Oct. 30, including a day of Saturday voting this weekend, in every Georgia county. Absentee ballots must be received at county election offices before 7 p.m. on Nov. 3 in order to be counted. Voters can also participate at their local precincts on Election Day.

Section of Artwood Road to be Closed Oct. 23