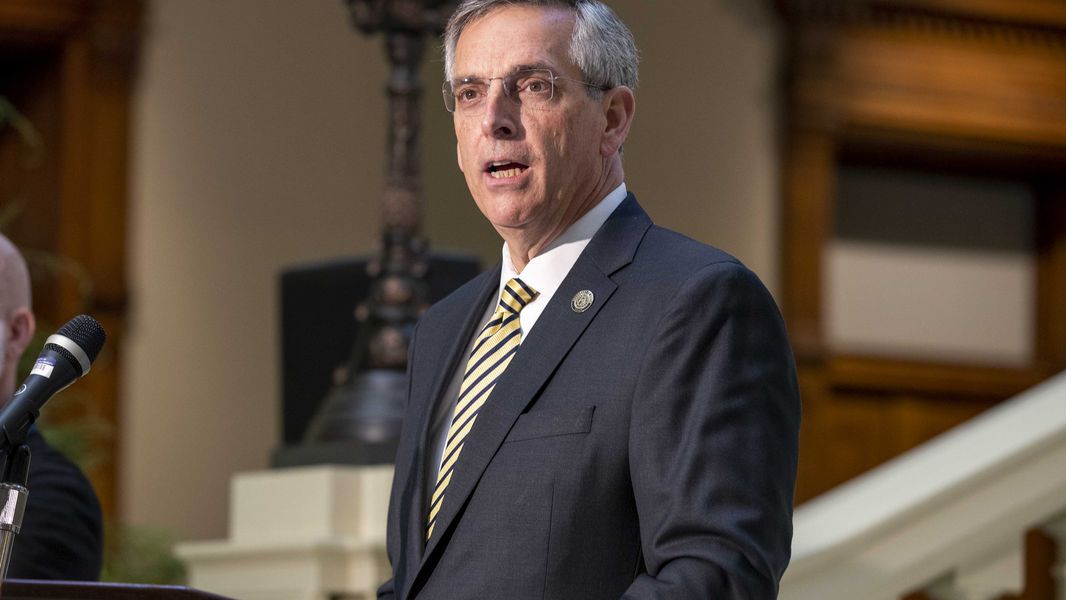 Georgia Secretary of State Brad Raffensperger delivered a exhaustive rebuttal of false election claims to Congress, telling the state’s skeptical representatives that the presidential vote count was investigated and found to be accurate.

“My job is to make sure that both sides know that the results are accurate,” wrote Raffensperger, a Republican. “We do not have to like the results of an election to accept them.”

Hice said there had been “unprecedented amount of fraud and irregularities” during the general election.

But Republican U.S. Sen. Kelly Loeffler withdrew her plan to support the challenge to Georgia’s votes, and without the required support from at least one senator, Vice President Mike Pence rejected Hice’s petition.

Here’s a summary of the points raised in Raffensperger’s letter:

Ballot counts: Election officials conducted a hand audit of all 5 million ballots, a machine recount and an absentee ballot signature audit, all of which confirmed the election results that showed President Donald Trump lost to President-elect Joe Biden by about 12,000 votes, Raffensperger wrote.

“There is nowhere close to sufficient evidence to put in doubt the results of the presidential contest in Georgia,” Raffensperger wrote. “There will end up being a small amount of illegal votes (there always is in any election because federal and state law err on the side of letting people vote and punishing them after the fact), but nowhere near the amount that would put the result of the presidential election in question.”

Dominion voting machines: Votes were not flipped from one candidate to another, and a manual audit of paper ballots helped confirm the election result, Raffensperger wrote. In addition, a testing lab audited the software and firmware of Georgia’s voting equipment provided by Dominion Voting Systems.

After the Democratic Party had filed a lawsuit challenging Georgia’s signature verification process, the secretary of state’s office settled the case. The settlement advised county election officials to quickly contact voters when their absentee ballots are rejected, allowing them to correct problems and have their votes counted. In addition, the settlement called for county election workers to check with their colleagues before rejecting an absentee ballot because of an apparent signature mismatch.

Absentee ballot rejection rates because of signature mismatches have been consistent in recent elections.

Pristine ballots: Just because some absentee ballots weren’t folded doesn’t mean they’re illegitimate. Ballots aren’t always folded and put in envelopes. For example, emergency ballots are filled in by hand and cast by voters at polling places if there’s an issue with a ballot marking device. Also, military, overseas and damaged ballots need to be duplicated by county election workers before they can be scanned.

Ineligible voters: An analysis by a Trump supporter alleging thousands of illegal voters is unreliable and inaccurate, Raffensperger wrote.

There were zero unregistered or underage voters, he said. The secretary of state’s office is investigating the possibility of as many as 74 felon voters, two voters who had died and 395 people who allegedly cast ballots in both Georgia and another state.