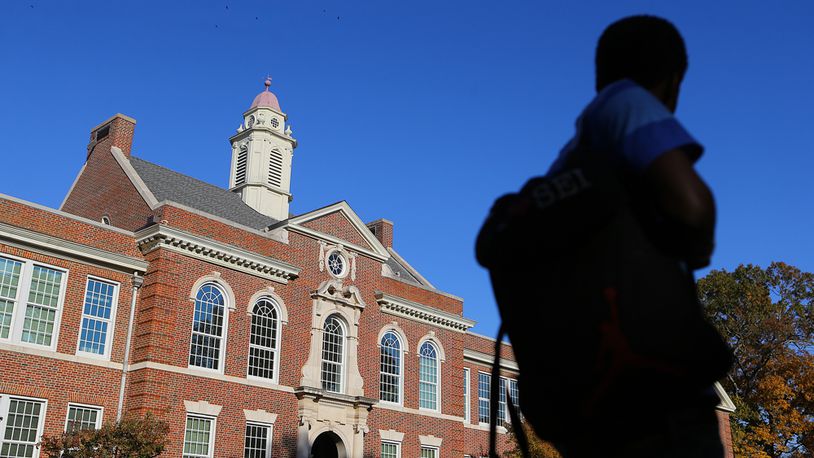 The Georgia Board of Education on Thursday approved the DeKalb County School District facilities plan — including its intent to renovate the aging Druid Hills High School.

The facilities plan became a sticking point for the district after some Druid Hills High students published a video showcasing poor conditions like electrical and plumbing problems at the school. Many community members mobilized in support of upgrading the school. It caught the attention of Georgia School Superintendent Richard Woods, who said he wouldn’t recommend the state board approve the plan unless it fixed those problems.

The plan states the district is eligible for more than $200 million in reimbursement for construction projects districtwide. The district could have missed out on that funding if the board had not approved the plan.

The split DeKalb County Board of Education opted three times not to update the school. The modernization is estimated to cost $50 million.

The board did not commit to the renovation until the state required it to as part of a corrective action plan. The plan also included a list of things that had to be addressed at the school by the end of June, and took the “unprecedented” step of hiring a new adviser to make sure it happened.

State-appointed adviser Tanzy Kilcrease told the state board on Wednesday that the district is on track to addressing the needs identified in the corrective plan.

The district is also evaluating conditions at each of its schools. DeKalb is the state’s third-largest school district, with nearly 94,000 students.

April 18: School board again rejects plan to update the school.

April 25: Georgia school superintendent blames school board for conditions at the school.

May 9: School board again rejects plans to update the school. The state tells the district to commit to the modernization or face financial consequences.

May 31: School board unanimously agrees to modernize Druid Hills High.

Amazon project to be replaced with logistics park near PDK airport