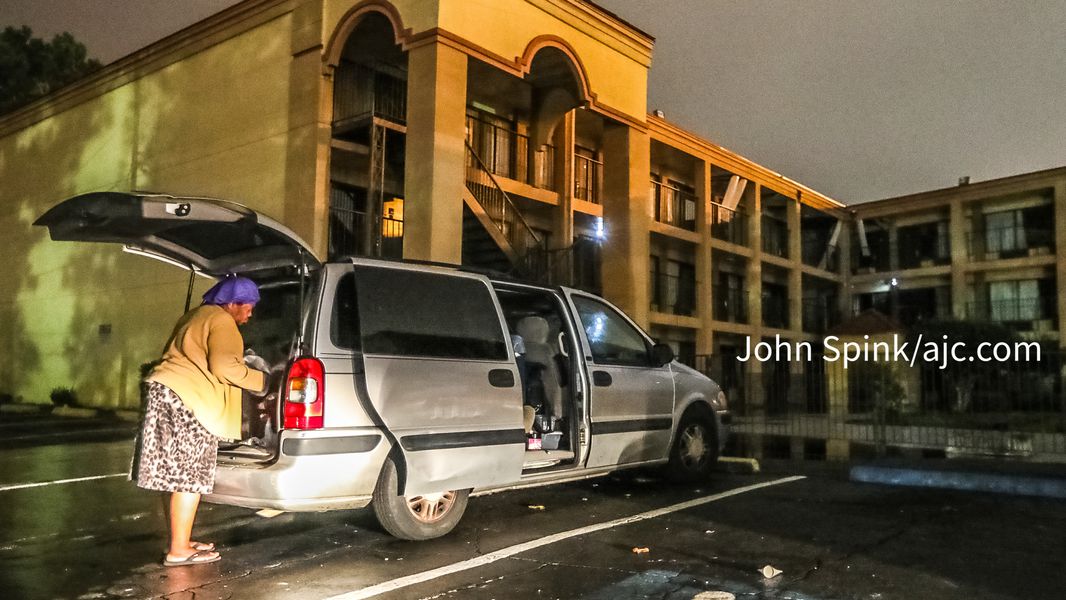 A guest at the Oyo Hotel on Wesley Club Drive said she and her teenage son and daughter grabbed what they could when they saw heavy smoke fill their room Monday morning.

By Chelsea Prince and John Spink

Eighteen families at the Oyo Hotel in DeKalb County were forced to gather their belongings and head into the night after a fire broke out early Monday, officials said.

One guest said she could not tell where the heavy smoke was coming from. Not wanting to leave the safety of her family to chance, the mother of two teenagers said she grabbed what she could and ran from their room.

They were waiting in the parking lot when fire crews responded to the motel on Wesley Club Drive shortly after midnight. By that point, smoke was visible over nearby I-20, Channel 2 Action News reported.

“When day lights we’ll determine what our next move is, but right now we are just standing by,” the guest said. “It could be worse. We’ll get through this.” 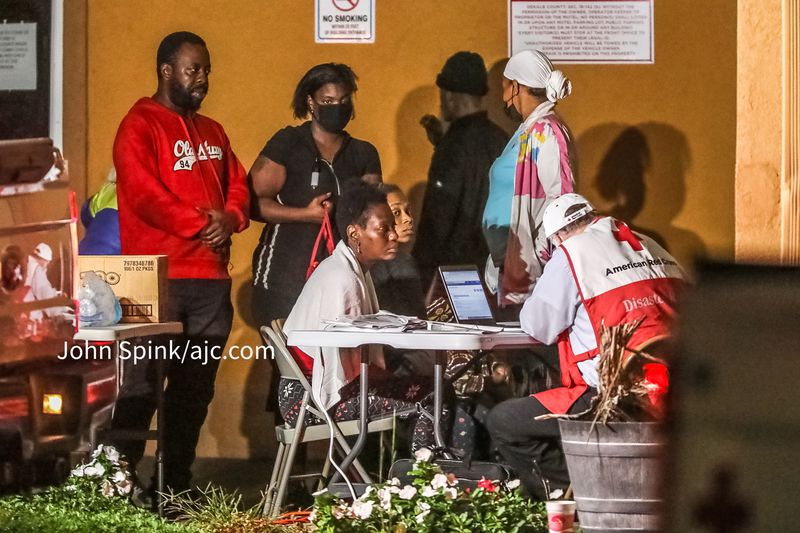 Volunteers with the Red Cross help guests of the Oyo Hotel on Wesley Club Drive after a fire Monday morning.

DeKalb County fire Capt. Dion Bentley said the blaze damaged three rooms in one building. Investigators do not know how it started.

“It was in the walls,” Bentley said. “It went from the first floor all the way up to the roof.”

No one was reported injured, he said, including a firefighter who fell through a hole from the second floor. The firefighter did not need to be treated.

According Bentley, about 40 hotel guests were displaced. The hotel, which also operates another location on the opposite side of I-20, is providing the guests with temporary lodging before the Red Cross steps in to help with the recovery process, the organization said.

— Please return to AJC.com for updates.