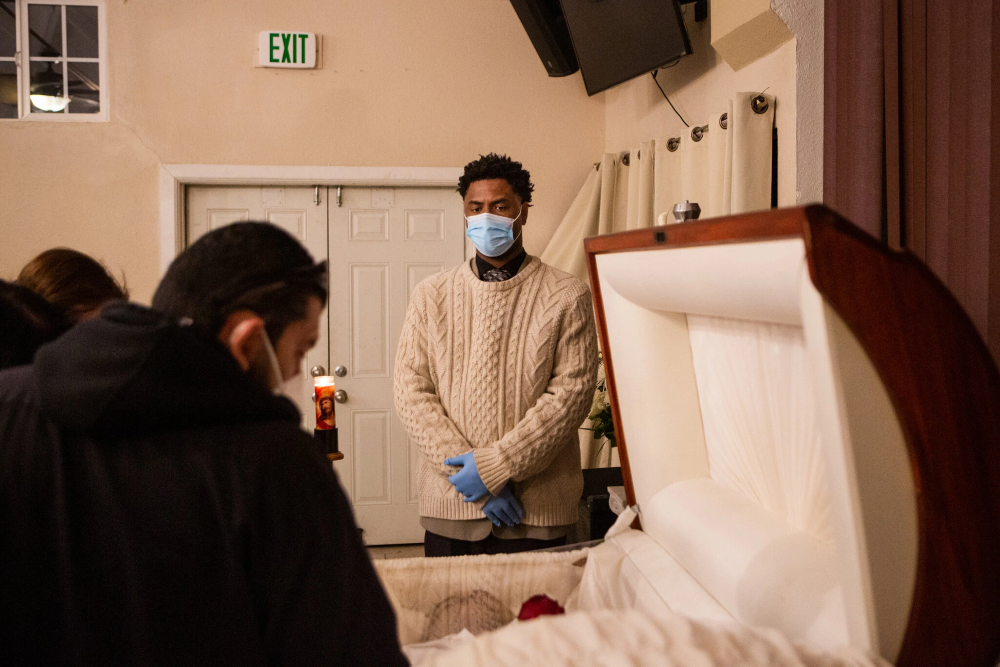 The coronavirus has claimed the lives of more than 556,000 Americans, according to a New York Times database.Credit…Alex Welsh for The New York Times

People who paid for the funeral and burial expenses of someone who died from Covid-19 will be offered expanded federal financial support starting on Monday, according to an announcement by the Federal Emergency Management Agency.

The coronavirus has claimed the lives of more than 556,000 Americans, according to a New York Times database. Under the expanded assistance program, their survivors can apply for up to $9,000 in reimbursement for the purchase of a plot, burial, a headstone, clergy services, the transfer of remains, cremation or other services associated with a funeral.

“The Covid-19 pandemic has brought overwhelming grief to many families,” the agency said in a statement announcing the expanded benefits. “At FEMA, our mission is to help people before, during and after disasters. We are dedicated to helping ease some of the financial stress and burden caused by the virus.”

Congress approved billions of dollars in funding for funeral benefits in two Covid relief measures, the one signed by former President Donald J. Trump in December and the one known as the American Rescue Plan that President Biden signed last month.

Both measures include added funds for funeral services in an attempt to cushion the financial blow to families, many of whom are already struggling because of the loss of income in the economic downturn caused by the pandemic.

To qualify for reimbursement, an applicant must be a United States citizen or legal permanent resident who has documentation that they paid funeral expenses for someone whose death “‘may have been caused by’ or ‘was likely a result of’ Covid-19 or ‘Covid-19 like symptoms,’” or whose records include “similar phrases that indicate a high likelihood of Covid-19,” according to FEMA. The person who died need not have been a United States citizen or resident, the agency said.

FEMA will reimburse funeral costs for multiple people in the same family, up to a maximum of $35,000, according to the agency. But the amount of federal assistance will be reduced if applicants also received support from other sources, including insurance policies specifically designed to pay for funeral expenses.

The effort to soften the financial burden of the pandemic is one of the largest such efforts ever undertaken by the agency. It also offers an opportunity for fraud, as the agency acknowledges in bright red type on its website.

“Fraud Alert: We have received reports of scammers reaching out to people offering to register them for funeral assistance,” the alert says. “FEMA has not sent any such notifications and we do not contact people prior to them registering for assistance.”

The agency will begin taking applications on Monday. Applicants can call a hotline at (844) 684-6333.

Michael D. Shear is a White House correspondent. He previously worked at The Washington Post and was a member of their Pulitzer Prize-winning team that covered the Virginia Tech shootings in 2007. @shearm