Ethics board hires first administrator in a near-even split vote 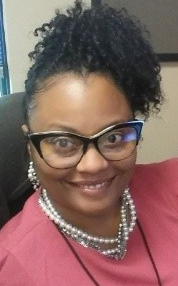 After interviewing its top two candidates via Zoom May 3, the DeKalb County Ethics Board decided to hire its first ethics administrator, a new position approved by DeKalb voters in November 2020.

Kristin Rodgers, assistant DeKalb County deputy clerk, was hired to the role in a 4-3 vote. The other candidate was April Jackson,a clerk in DeKalb County Superior Court.

Ethics board members David Moskowitz, Nadine Ali, and Ambreen Delawalla voted to hire Jackson; however, because she did not receive a majority votes, a motion was made to vote on Rodgers. Board members Candace Rogers, Rosa Waymon, Eric Maurer, and chair Lonnie Edwards Sr. voted Rodgers into the position.

A full-time position, the ethics administrator will receive complaints brought against county officials and employees, maintain records of the ethics board, and notify the subjects and ethics board of complaints received.

Ethics officer Stacey Kalberman said more than 30 applications were received for the position. The board is preparing an official offer to Rodgers and her start date will be determined later.