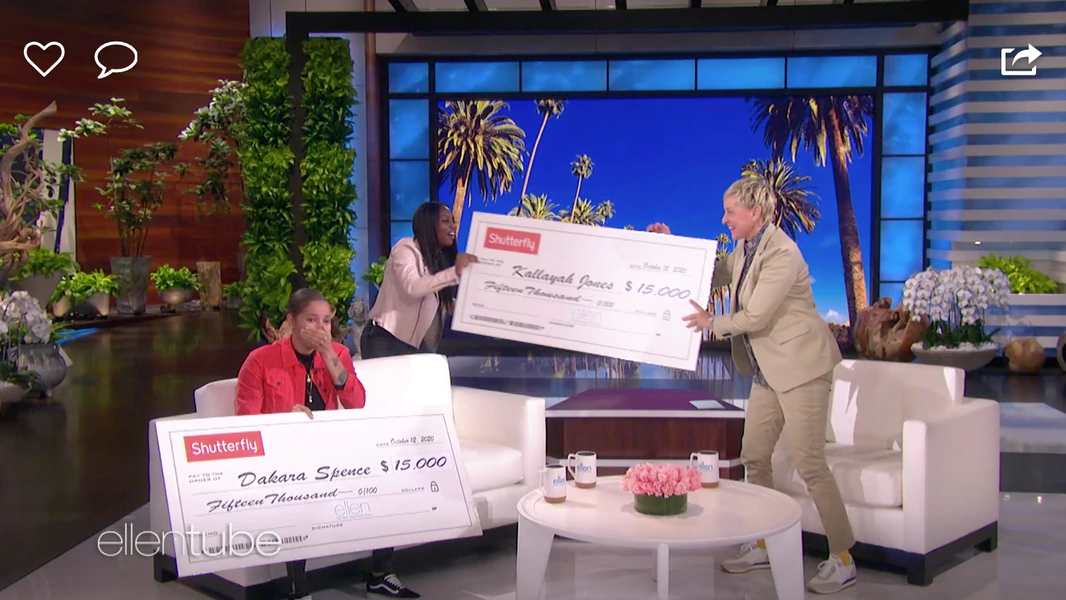 A DeKalb County bar owner and employee appeared on “The Ellen DeGeneres Show.” This is a screenshot from the segment, which aired earlier in October.

A few weeks ago, a woman was captured on a surveillance camera dancing outside of a DeKalb County bar after she thought a job interview went well.

The video quickly went viral and amassed more than 20 million views on Tik Tok, Instagram and Twitter. Ellen DeGeneres was among those who saw the video, and it led to the newly hired employee and the owner of The Spot Sports Bar & Grill being featured on “The Ellen DeGeneres Show.” 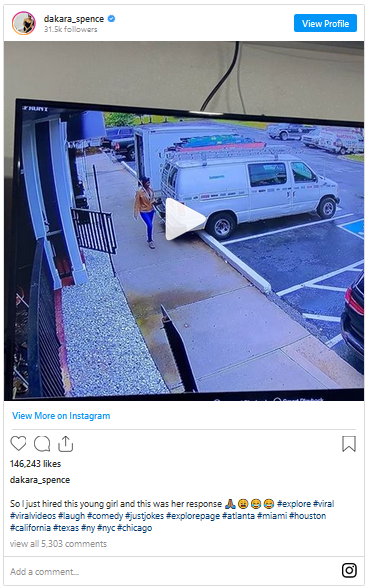 Kallayah Jones, the employee, and Dakara Spence, the owner, both received a surprise while on the show.

“We learned that you both want to go back to school,” DeGeneres said during the segment that aired Monday. “… You’re both just so inspiring, so we want to give you both something to have a happy dance about. We want to give each of you a check for $15,000.”

The two could barely contain their excitement as large cardboard checks were brought onto the stage. While neither danced, the two women were overcome with emotion, which happened a few times during the preceding interview as well.

On Sept. 29, Jones interviewed for a job at the bar off Flat Shoals Parkway in unincorporated Decatur, but she explained to DeGeneres that the job meant the world to her. She said she was homeless for two years and was not able to dress up for the job opportunity.

“I came in there with a scarf on because I didn’t have any money to get any (hair) gel. I didn’t have any sneakers or any flats or anything like that, so I came in slippers,” she told DeGeneres. “I was hoping and praying that she would not turn me away, because I needed the job.” 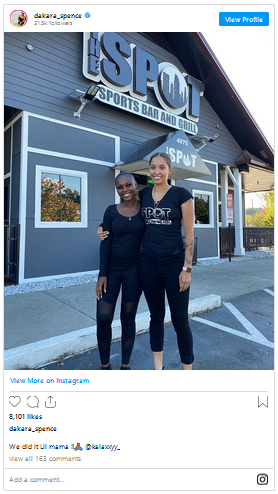 Spence, who conducted the job interview, said she empathized with Jones and wanted to hire her. While Jones was walking through the parking lot after the interview, she paused briefly and broke out into the dance — unaware that a camera was watching.

After seeing the video, Spence posted it to her personal social media pages, and it was trending by the end of the month. The Atlanta Journal-Constitution previously reached out to Jones but did not hear back.

“I wanted people to know that just because you’re going through a hard time doesn’t mean that you can give up,” Jones said on the show. “You can still dance your way through life and still act like nobody’s watching, and I promise someone is going to watch you, and you’ll be OK.”

To watch the segment, visit www.ellentube.com.

Mnuchin Says Still Working Toward Coronavirus Relief Deal, Not Hung up on Testing