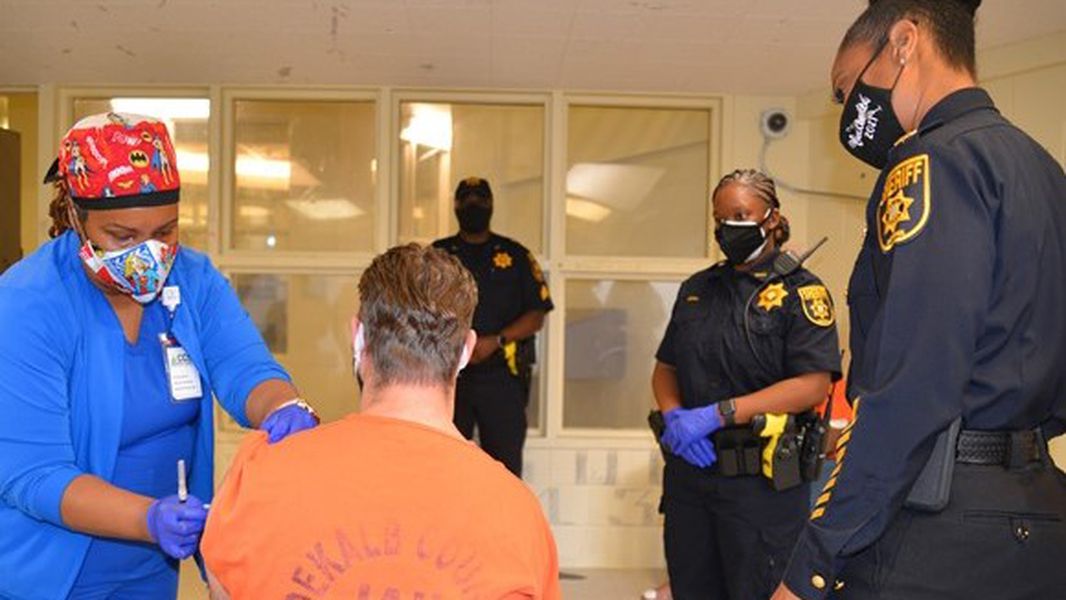 DeKalb Sheriff Melody Maddox said inmate requests for vaccinations are increasing each day, according to a Thursday news release. The sheriff’s office said 55 inmates have received their first dose.

“Educational sessions by Wellpath, our inmate health services provider, have helped inmates make informed decisions about taking advantage of this opportunity while in our custody,” Maddox said in the release. She was among seven Georgia sheriffs who tested positive for COVID-19 while attending a statewide training event at the end of 2020.

There are currently no positive cases of COVID-19 among inmates at the DeKalb County Jail. When someone is arrested and booked into the jail, they undergo a temporary housing quarantine before they can interact with other inmates. Since the beginning of the pandemic, there have been 284 positive COVID-19 cases among inmates and 125 cases among jail employees and vendors, the release said.

For the inmates who recently received their first vaccine dose, they can receive their second in they remain in custody. If they’re released before then, they will be given a vaccination card with information on where they can sign up for a second dose, the release said.