Dollar stores are everywhere. That’s a problem for poor Americans 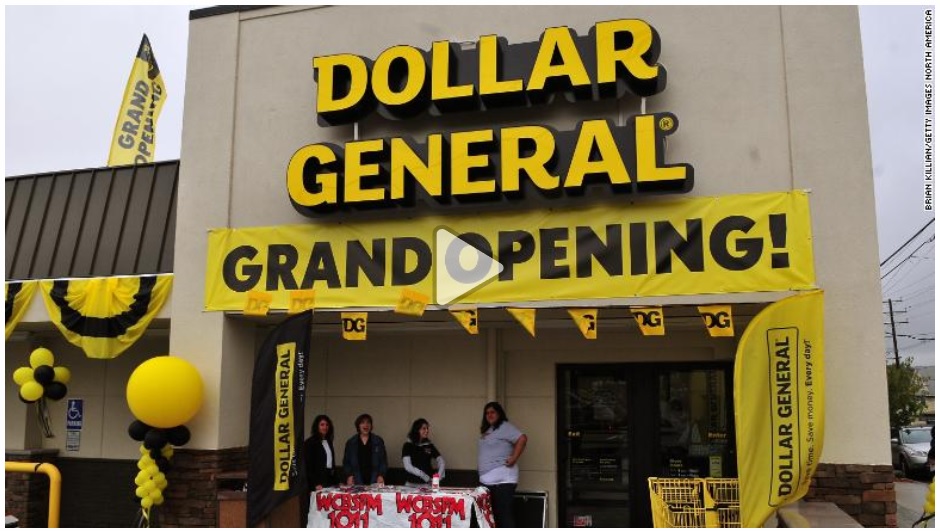 Dollar stores have never been more popular. Yet a wave of cities and towns have passed laws curbing the expansion of Dollar General (DG) and Dollar Tree (DLTR), which bought Family Dollar in 2015. The companies are the two largest dollar store operators in the country, combining for more than 30,000 stores throughout the United States, up from under 20,000 a decade ago. By comparison, Walmart (WMT), America’s largest retailer, has 4,700 US stores.
Advocates of tighter controls on dollar stores say the big chains intentionally cluster multiple stores in low-income areas. That strategy discourages supermarkets from opening and it threatens existing mom-and-pop grocers, critics say. 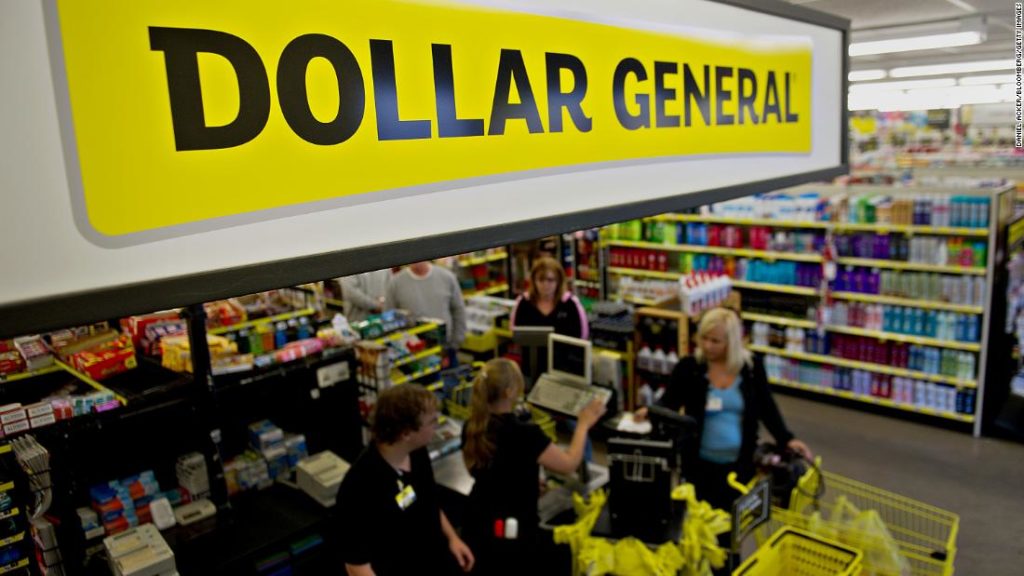 “The business model for these stores is built on saturation,” said Julia McCarthy, senior policy associate at the nonprofit Center for Science in the Public Interest and a critic of dollar stores. “When you have so many dollar stores in one neighborhood, there’s no incentive for a full-service grocery store to come in.”
Opponents also express concerns that dollar stores don’t offer fresh produce. Dollar General and its dollar store rivals mostly sell snacks, drinks, canned foods and vegetables, household supplies and personal care products at rock-bottom prices.
However, Dollar General and Dollar Tree argue that they benefit communities by offering shoppers convenient places to grab food and essentials at low prices.
“In rural places without existing grocery stores, having a Dollar General might be viewed as an asset,” said Christopher Merrett, director of the Illinois Institute for Rural Affairs at Western Illinois University. Dollar stores bring in new sales and property tax revenue for cities, create jobs and expand shopping options for customers, he added.
Dollar stores see an opportunity to grow even more in America. Dollar General and Dollar Tree have plans to open a combined additional 24,000 locations.
But lawmakers around the country are pushing back.
Last week, the city council in Birmingham, Alabama, unanimously approved legislation that would prohibit new dollar stores from opening within a mile of their existing locations. 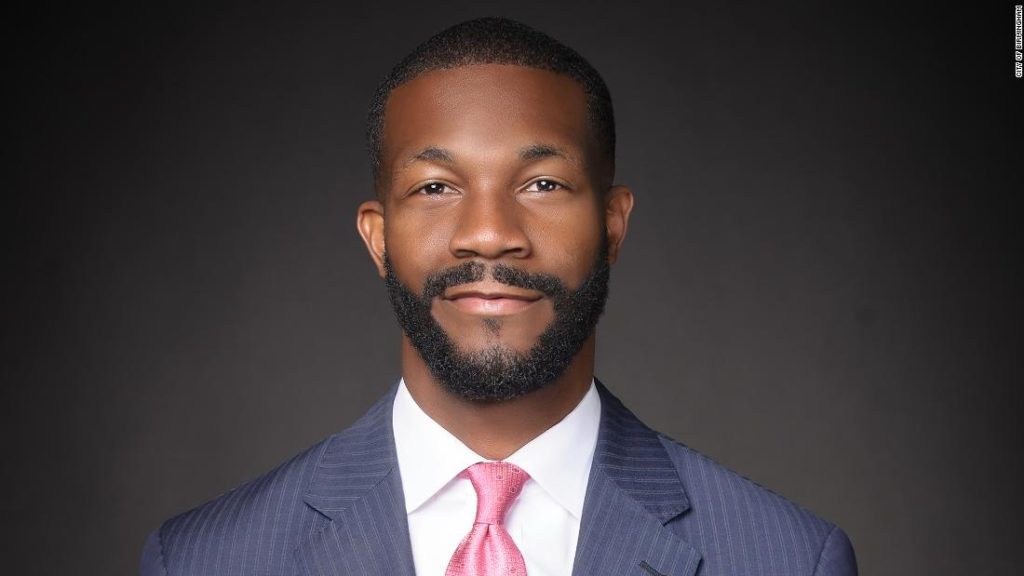 Birmingham Mayor Randall Woodfin has been a critic of dollar stores.
“While dollar stores proliferated across our community, healthy food options dried up,” Birmingham Mayor Randall Woodfin told CNN Business. The new measure will help Birmingham attract and retain grocers in the city’s food deserts, he said.
Oklahoma City, Tulsa, Oklahoma, and Mesquite, Texas, have also passed legislation limiting new dollar store openings. And officials in New Orleans, Cleveland and Fort Worth, Texas, are exploring plans to restrict dollar stores in their cities.
“We are disappointed that a small number of policymakers have chosen to limit our ability to serve their communities,” said Crystal Ghassemi, spokesperson for Dollar General. “We believe the addition of each new Dollar General store represents positive economic growth for the communities we serve.”

Dollar stores have been around for decades. But they have flourished in the United States since the 2008 recession as more Americans were forced to tighten up their spending.
Although the US economy has strengthened in recent years, dollar stores’ popularity has endured. Wages for a vast number of Americans have grown only modestly. People living paycheck to paycheck have been a boon for dollar stores, and the chains have also reached higher-income shoppers looking for discounts.
“While the economy is doing very well, our core customer continues to struggle,” Dollar General chief executive Todd Vasos told analysts last year. The company’s core customers earn around $40,000 a year or below, $20,000 below the median income.
Dollar General caters mainly to low-and-middle-income customers in rural and suburban areas. Dollar Tree targets suburban, middle-income shoppers, while Family Dollar focuses on lower-income urban and rural customers.
Dollar General looks to build stores in rural areas where a big box retailer or grocery store is not within 15 or 20 miles. Around 75% of Dollar General stores are in towns with 20,000 or fewer people, and the chain has its biggest footprint in southern states. (Dollar General has more stores in Texas alone than Costco and Whole Foods do combined nationwide.) 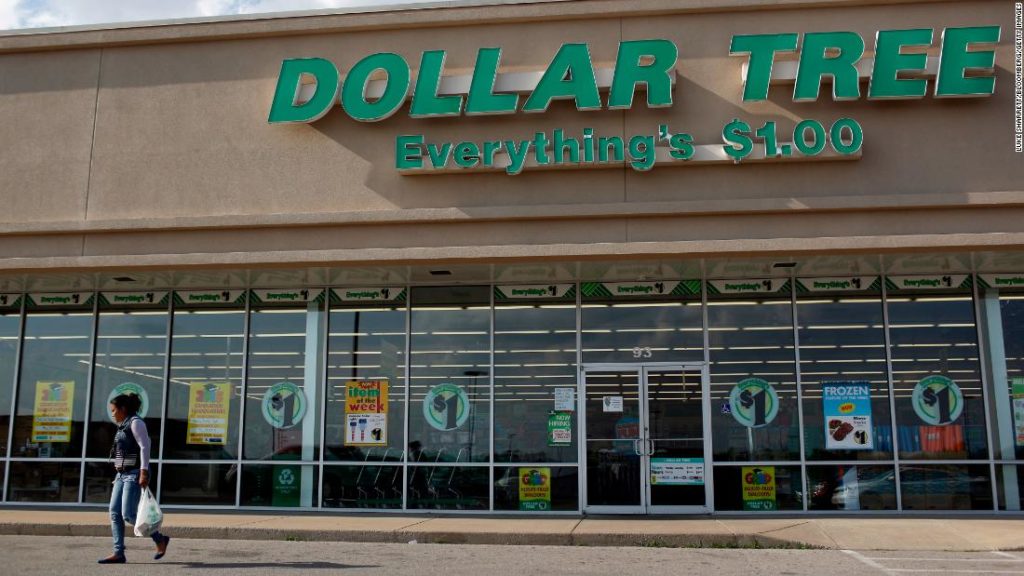 “Dollar General stores often choose to locate at the edge of a rural town, away from the traditional downtown” to draw customers, said Merrett from Western Illinois University. “This is not very different from what Walmart did 30 years ago.”
Dollar stores can open quickly in new areas because they are small and have lower operating costs than grocery stores. Dollar General stores are 7,400 square feet on average, compared to 40,000 square-foot supermarkets. And stores, which employ just a handful of workers to stock aisles, are cheap to run.

However, critics say that dollar stores’ unchecked growth harms local communities.
“Some communities see that dollar stores are very serious competitor to their local retail and grocery,” said David Procter, director of the Rural Grocery Initiative at Kansas State University.
Family-owned grocery stores operate at razor-thin profit margins and dollar stores can pressure them with lower prices, experts say. Although most dollar stores don’t sell fresh groceries, they offer many of the same household products and daily essentials as grocers. Those goods are often the highest-margin items and grocery owners can’t afford to lose them, Procter noted.
“When the dollar stores take the bulk of that business, it really is hurting their bottom line pretty significantly,” he said. 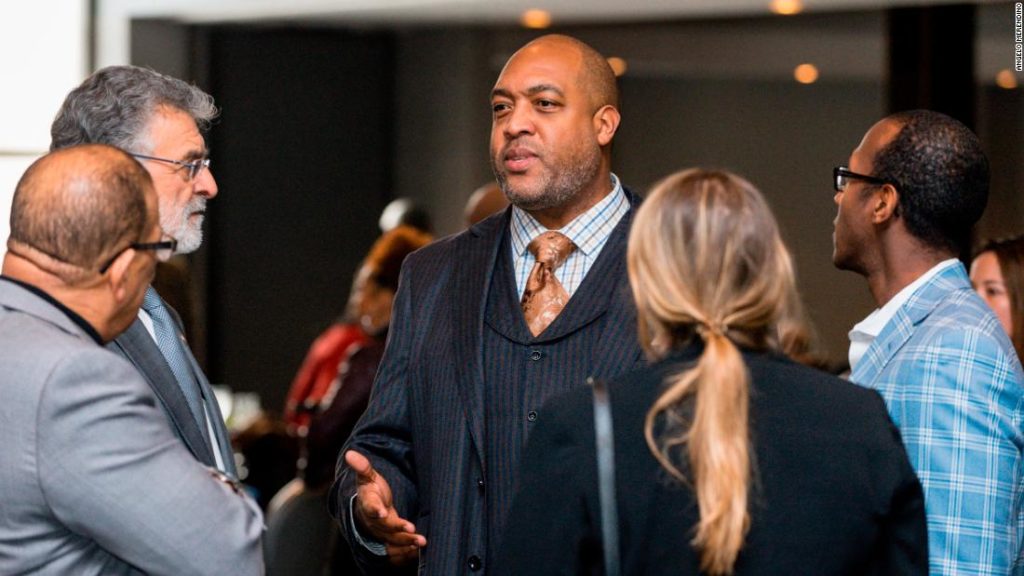 Cleveland Councilman Blaine Griffin has introduced a moritorium on new dollar store openings in the city.
Burnell Cotlon, owner of the Lower 9th Ward Market in New Orleans, said his grocery store suffered when Family Dollar opened up in the neighborhood. Cotlon lost valuable detergent, toothpaste and toiletry sales.
“I had to push harder on other items to stay afloat,” said Cotlon, who has gained national recognition for opening one of the only grocery stores in New Orleans’ Lower 9th Ward, which was devastated by Hurricane Katrina in 2005.
But the Family Dollar recently closed, which drove customers back to Cotlon’s store. “As soon as they closed down, my toiletry items jumped back up.”
Other local residents and business leaders worry that dollar stores’ concentration in urban areas deter grocery stores, which offer a wide range of produce and healthy options, from opening …
Read the full story at CNN.com.