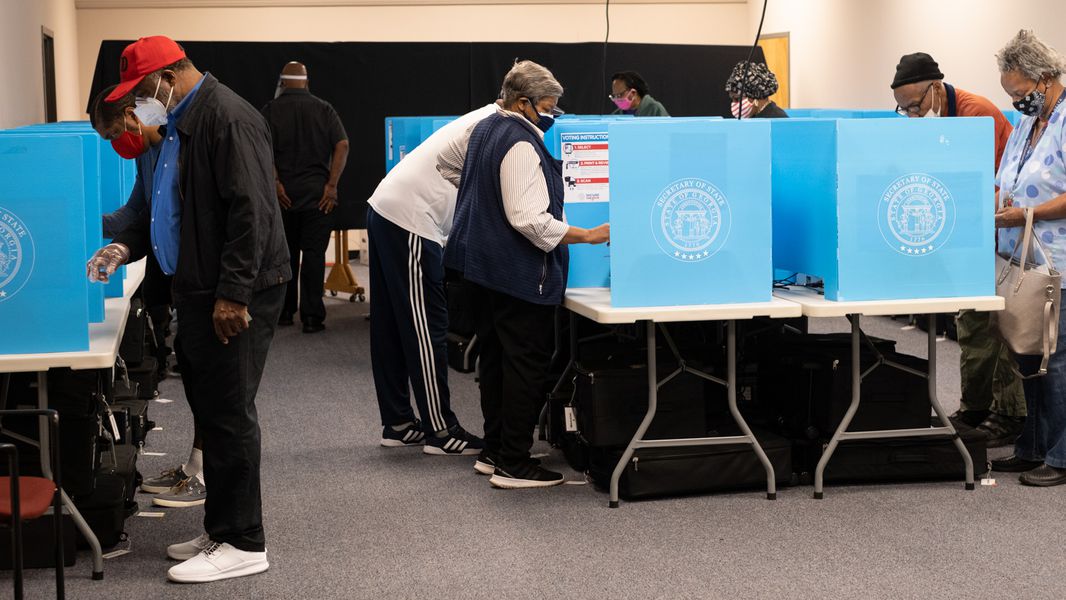 DeKalb County elections staff will start processing absentee ballots for the Nov. 3 election on Thursday, several days after state rules allow them to begin doing so.

Outside consultants brought in to help the county optimize its absentee ballot operation, meanwhile, say they’re still not getting the type of cooperation they need. Several Election Day voting precincts have also been changed.

And less than two weeks before one of the most closely watched elections in history, tensions between DeKalb elections board members, elections staff and other interested parties remain high.

“We need to look inward,” elections board member Susan Motter said during a lengthy Wednesday meeting. “This is not a state problem. This is a county problem.”

Rule changes adopted in August by the State Elections Board allowed counties to start opening and scanning absentee ballots on Monday. The votes cannot be tabulated until polls close on Election Day, but the idea is to give counties a head start on the tedious work involved with processing the mountain of mail-in ballots that is expected.

As of Monday, 153,493 DeKalb voters had requested absentee ballots and nearly 66,000 had already returned them.

DeKalb received just over 100,000 absentee ballots during June’s primary election and took more than a week to count them all, making the county one of the last in Georgia to certify results.

The delay is, in part, due to a failure to get the necessary legal notice out in time. Some elections board members blamed that failure on staff dragging their feet while finding additional space needed for the absentee ballot processing operation.

An additional 15,000 square feet of space was recently secured in the same Memorial Drive building that hosts DeKalb’s elections office. Board chairman Sam Tillman said the belated legal notice — necessary because processing is required to be open to public viewing — was a non-issue because crews were still installing security measures and doing other maintenance on the new space as late as Tuesday.

But board member Dele Lowman Smith said that wouldn’t have been an issue if the elections department had moved more quickly on the long-standing recommendation to find new space.

“It is far too late in the game for us to still be hearing excuses,” Smith said.

Wednesday’s meeting also reignited discussions regarding elections officials’ relationship with the National Vote at Home Institute, a nonprofit brought in to help DeKalb with its absentee ballot process. Officials with the nonprofit had to be coaxed back into the fold last month after effectively disengaging with the county, saying it wasn’t cooperating.

On one slide of a brief PowerPoint presentation, the group’s current relationship with elections staff was described as “tolerated — not a partnership.” The nonprofit’s Hillary Hall said she still hadn’t received general information like staffing plans that are needed to do her job.

County elections director Erica Hamilton said that her team feels like NVAHI representatives are “trying to overpower” them.

“If we all work together, then we can make a phenomenal plan,” Hamilton said. “But it’s when one side becomes overbearing that that plan does not work.”

Amid those and other lengthy discussions, several officials stressed that it wasn’t the time to look backward and place blame. They urged everyone involved to do whatever it takes to pull off a smooth election.

“We’re in the middle of the river,” DeKalb Chief Operating Officer Zach Williams said, “and we’ve got to get past a bunch of alligators.”

The elections board also approved Wednesday relocations for 21 Election Day polling precincts, with officials saying they were “not available or no longer able to accommodate social distancing requirements due to the COVID-19 pandemic.” In addition, another 11 polling precincts that changed locations during June and August elections will return to their regular locations.

A list of changes has been posted at dekalbvotes.com and is included below.

Officials said they’re working on notifying affected voters by mail and may text or call them as well. Signs will also be posted at relocated polling places.