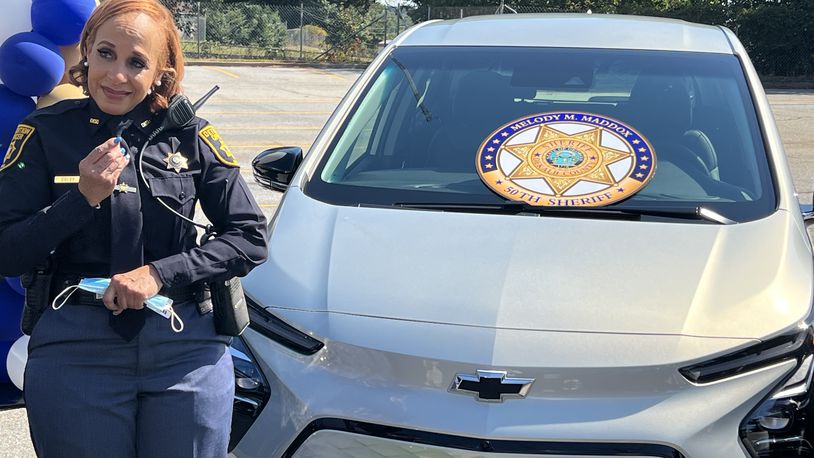 DeKalb County detention officer Brenda Coley stands in front of a Chevy Volt outside the jail Thursday. She was one of two people chosen as initial participants in the sheriff’s office’s new program giving electric take-home vehicles to jailers.

Maddox says electric cars will be a recruitment tool

In a parking lot behind the DeKalb County jail, Brenda Coley stood in front of a new Chevy Bolt and let a few happy tears flow.

Coley, a two-year employee of the sheriff’s office, was one of two DeKalb detention officers surprised Thursday morning with keys to an electric car. They’ll serve as the initial participants in a program that officials say may be the first and only of its kind in the country — and one they hope will help with recruitment and retention.

According to DeKalb County Sheriff Melody Maddox, her office is planning to offer electric take-home vehicles to up to 100 current jailers and, after that, to qualified new hires.

Many law enforcement positions come with a car to drive to and from work. Jailer is not generally one of them.

Current jailers must be considered in “good standing” to qualify for the program, which is voluntary, officials said. And new hires will be eligible after their initial six-month probationary period.

Additional training will also be required.

“One of the biggest responsibilities that we have is the care, custody and control of the inmates that are incarcerated here at the jail,” Maddox said. “And we depend on [detention officers] to get here, to be here and to continue to move this agency forward.” 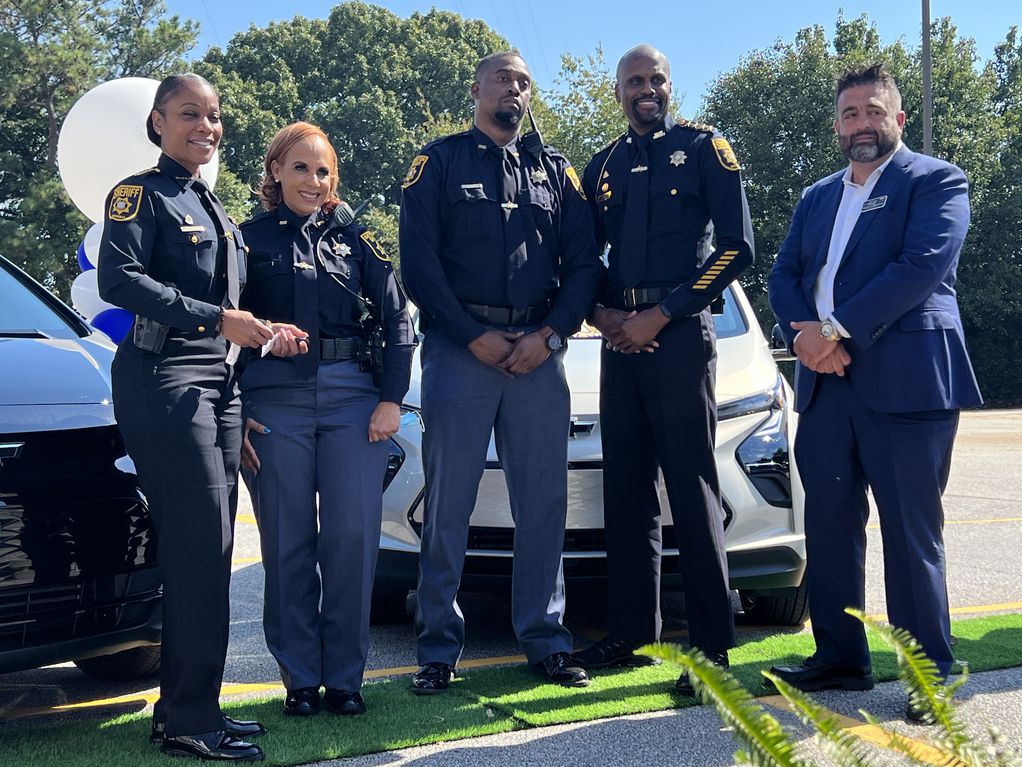 The sheriff’s office, like just about every other law enforcement agency across the state and the country, has struggled with hiring and retention in recent years. And Thursday’s announcement came about a month after former and current DeKalb employees filed a federal lawsuit accusing Maddox of “acting with deliberate indifference to endemic, well-known sexual harassment of female staff by inmates.”

Sheriff’s office leaders, who have also recently increased salaries and dropped their age requirement to 18, described the new vehicle program as an innovative way to attract and retain “the best of the best” to work in the jail.

The vehicles will be leased from Jim Ellis Chevy and costs could run about $500,000 per year, officials said. They said the program will be funded “from the operating budget and grants.”

Detention Officer Patrick Alexander was the second participant surprised with a vehicle Thursday. Maddox said he and Coley were recommended by their supervisors.