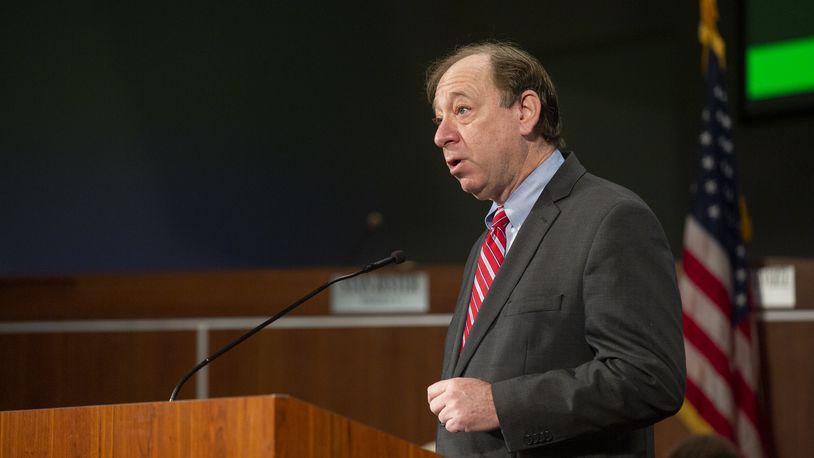 DeKalb County School District board member Marshall Orson said the system should re-evaluate its approach to accreditation with Cognia. (REBECCA WRIGHT FOR THE ATLANTA JOURNAL-CONSTITUTION)

The DeKalb County School District recently renewed its membership with Cognia, a private nonprofit organization that sets educational standards for schools to follow.

Board of Education members unanimously voted to pay up to $149,000 for the membership, which stretches through fiscal year 2022.

The school district is scheduled to undergo an accreditation renewal review with Cognia in March 2022. DeKalb officials are already planning for the organization’s site visit, said Oliver J. Lewis, associate superintendent of accountability.

Board member Marshall Orson said he supports renewing the membership for the year, but said DeKalb should re-evaluate its approach to accreditation, including which organizations it uses and the cost benefit of seeking accreditation just for high schools.

DeKalb’s history with accreditation is not without controversy. The district was placed on probation in late 2012 after a review found officials engaged in bickering and nepotism while letting district finances wither and academic achievement dwindle.

Michael Thurmond was hired as DeKalb’s interim superintendent to address the accreditation and the district’s $14 million deficit. He came in just before former Gov. Nathan Deal in 2013 ousted six school board members for fiscal irresponsibility and the board “being at war with itself.”

The district earned full accreditation status in 2016 under the leadership of former Superintendent Steve Green.

Both Gwinnett and Cobb County school districts are under a special review by Cognia, which accredits 36,000 primary and secondary public and private schools in 85 countries, according to its website. It also provides student assessment resources, professional learning opportunities and tools districts can use to improve leadership and student engagement, its website adds.