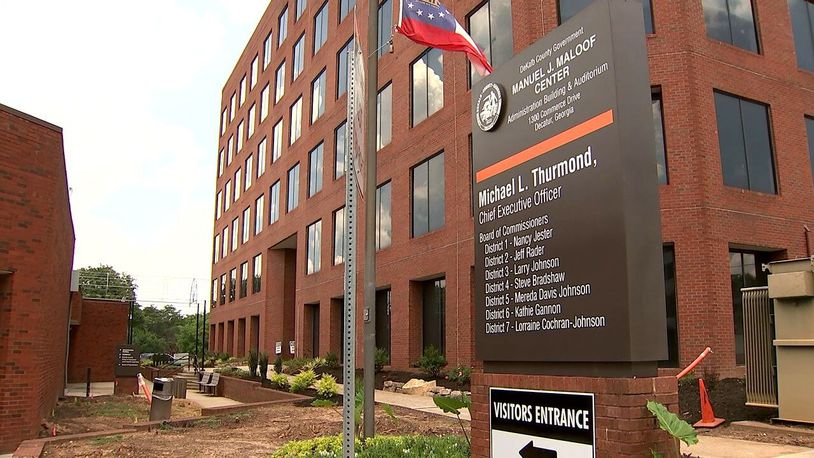 But county has still distributed only about 10% of federal funds

DeKalb County has now distributed more than $2 million through its rental assistance program.

The new figure suggests that the county’s pace of distribution has quickened significantly in recent weeks — but the total remains a small portion of the $21 million allocated for the so-called Tenant-Landlord Assistance Coalition.

The Centers for Disease Control and Prevention’s nationwide moratorium on evictions is scheduled to end in just over two weeks.

“We want people to know that we care and we’re here to help them, and we’re trying to do that as fast as we can,” Javoyne Hicks, clerk of DeKalb’s state and magistrate courts, said during a Tuesday morning county commission meeting.

Hicks’ office is one of many entities involved in the TLAC program, which was originally launched in February using funds from the federal American Rescue Plan.

Across the country, jurisdictions big and small have struggled to quickly distribute the relief funds meant to prevent evictions. DeKalb, meanwhile, faced an extra hurdle: its program was targeted by a cyberattack that officials have said wiped out a server containing emails and applications from tenants and landlords requesting assistance.

By June, less than $1 million had been distributed to those in need.

Applications for the program were reopened — with a more secure portal — on June 21. The amount distributed has more than doubled in the three weeks since.

Hicks said that, as of Friday, the TLAC program had assisted 487 households and distributed a total of about $2.18 million.

Just over 800 applications had been received from tenants since the program was relaunched. Nearly 150 landlords had applied as well.

Chief operating officer Zach Williams said the county is still “having conversations” with nonprofits about distributing a separate $9.9 million grant to those in need of rent and utility assistance.

Those interested in applying for the TLAC program can visit www.dekalbcountyga.gov/renthelp or call 404-371-3201. Appointments to receive in-person help with the process can be made online or via phone as well.

The county has also posted webinars explaining the process to both tenants and landlords. Those videos can be viewed below.