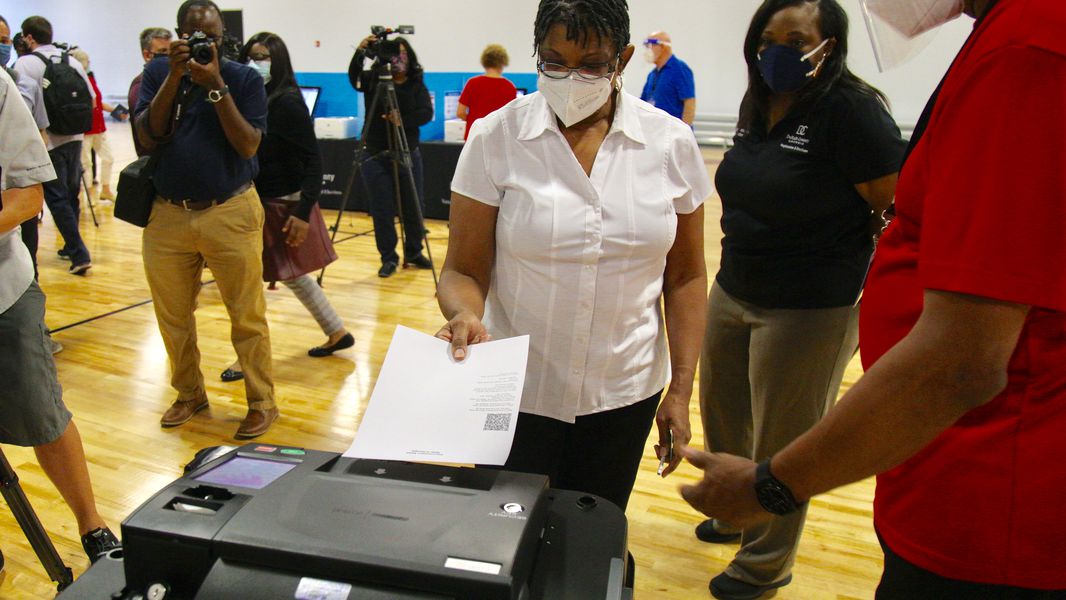 The primary election in June was problematic, and the months since have been filled with internal tumult.

But on Friday, with the start of early voting just a weekend away, DeKalb County officials said they’re confident in their ability to pull off a smooth general election.

“We learn from our mistakes but we don’t dwell on them in DeKalb County,” CEO Michael Thurmond said. “And we commit ourselves to doing better going forward.”

Thurmond spoke during a press conference at CORE4, the Chamblee training facility of former Atlanta Hawks star Paul Millsap. Starting at 7 a.m. Monday, the facility will be one of a dozen locations where DeKalb voters can cast in-person ballots ahead of the closely watched Nov. 3 election.

The election is expected to have historic turnout throughout Georgia and nationwide. And after recent missteps, operations in DeKalb will be under close scrutiny.

During June’s primary, the county was plagued with technical issues and long lines, with many polling places ordered to stay open late to make up for delays. The county also took more than a week to count the surge of absentee ballots it received, becoming one of the last jurisdictions in the state to certify its results.

Tensions between elections staff, the elections board and the county’s Board of Commissioners have only risen since. Officials have frequently criticized elections staff for not taking advantage of help being offered or working quickly enough to adjust their operations, particularly with absentee ballots.

Some of those things have been ironed out. After a brief period of confusion, representatives from the National Vote at Home Institute have been brought back to help DeKalb optimize the way it processes absentee ballots. County officials have arranged to make an additional 15,000 square feet of space available for that work. Extra equipment and extra poll workers have been lined up.

And while the reality of things won’t become clear until Election Day and the days that follow, Thurmond and elections director Erica Hamilton believe things are coming together just in time.

The newest “resource” at the county’s disposal is a $4.8 million grant from the Center for Tech and Civic Life, an award that was announced earlier this week.

The details are still a bit fuzzy. But Thurmond and Hamilton said that money may be spent on things like paying more workers, buying even more voting equipment, expanding voting sites and buying personal protective equipment. All poll workers will be equipped with masks and face shields, and disposable styluses will be available for voters who don’t want to touch voting machines.

Thurmond said the county will be “short-term investments to ensure that this election is as error-free as possible” — while also planning for the future.

“That grant really sets DeKalb up to, going forward, build a state-of-the-art voter registration and election system,” he said.