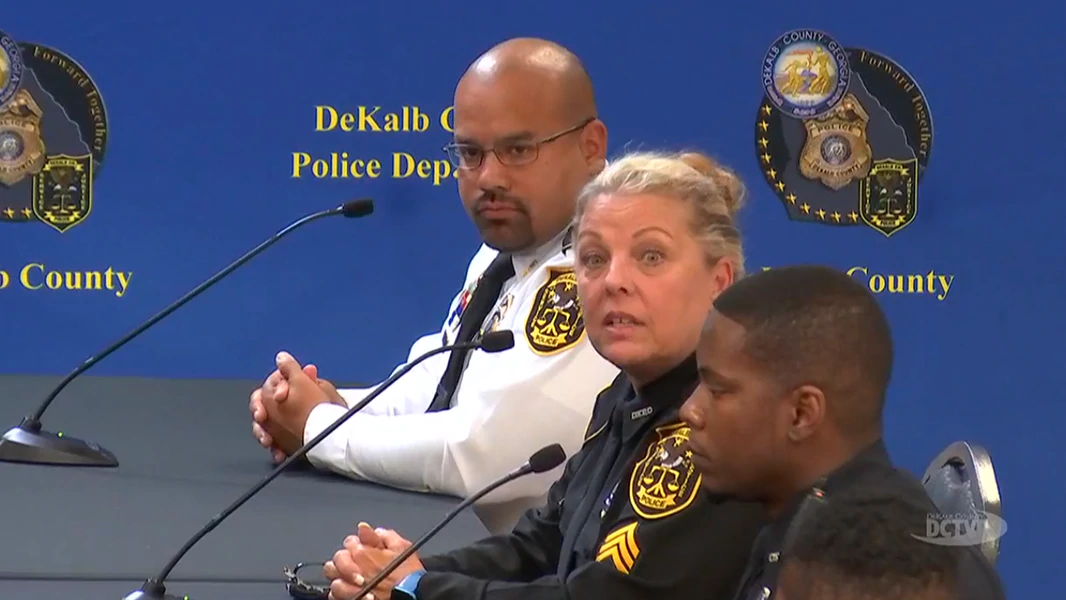 DeKalb County police had a panel of officers, including a police recruit, answer questions from the public during a community Q&A over the weekend.

Months into renewed conversations on policing and racism, DeKalb County police hosted a community Q&A to give its officers a chance to voice their thoughts and explain why they wear a badge.

The Q&A, which took place Sunday via Facebook Live, remained cordial, with members of the community focusing on officers’ personal motivations, their morale and developing trust.

Police Chief Mirtha Ramos said the event, titled “A candid and raw conversation behind the badge,” was an opportunity for everyone to be heard.

“It’s important for everyone to have a voice — to be heard and to be seen but most importantly, to matter,” Ramos said during her opening remarks. “(The officers) matter to me, and I know they matter to you.” 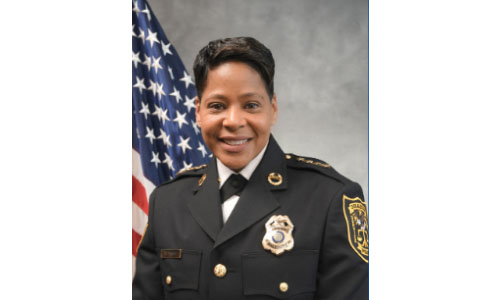 The hourlong stream included a seven-person panel, consisting of veteran officers, a SWAT team member and a police recruit. Each had different paths to swearing their oath, but Lt. Ariel Toledo’s prior run-ins with police stood out.

Toledo, who has been with DeKalb police for 23 years, said he experienced racism at the hands of police while growing up in New York City and New Jersey.

“Policing was a different experience, Sadly, I had a negative experience growing up,” Toledo said.

While he didn’t offer specifics on what took place, he said his personal experiences growing up and the lack of minority representation in police motivated him to become an officer

For the past few years, metro Atlanta police departments have reported shortages of new officers, and Ramos included police recruit Nicholas Smith on the panel to highlight a newer perspective.

“Even in today’s climate, it sucks the way that it is, but it kind of inspires me to serve more because people see it a certain way, view officers a certain way,” Smith said.

The 23-year-old recruit, who is weeks into his academy training, said he wants to change the perception of police officers within DeKalb’s community, which has experienced many violent run-ins with officers over the past few years.

In 2019, there were 10 instances where a DeKalb officer shot a suspect or subject. Four people died as a result of those incidents, which were all investigated by the GBI as officer-involved shootings. Deadly police shootings have increased statewide this year, but DeKalb is an exception with only one fatal shooting.

The May incident, which police said was a deadly shootout during a SWAT standoff, was one of two shootings to involve DeKalb officers since Ramos became the department’s first permanent female police chief last November.

“No one wants to live in a lawless society,” Ramos said during the Facebook Live.

To back up that point, Ramos said more than 350,000 people called her department so far this year. The department later said Ramos misspoke, and the department received more than 600,000 calls as of last Thursday.

Sgt. Steve Rapier, an 11-year veteran SWAT officer, spoke about the times those calls took a tragic turn and led to the death of an officer or citizen.

“It affects you as a person, because we’re all people,” Rapier said. “Even though the media and Hollywood tries to forecast us as robots, we’re anything but that.”

When asked about how to better connect with the community, especially youths, the panel focused on conversation and transparency. Officer Ashley Jarvis-Jackson said that’s a two-way street, which she said needs to be emphasized to young officers and recruits.

“It’s not all about arresting and doing all of this other stuff” she said. “It’s about talking to the community, making sure you know your community in your area (and) be an officer for your community.”

The last question Ramos asked the panel regarded each officer’s morale — a question raised in the wake of months of protests. They all gave a similar answer, saying they don’t plan to quit the force.

“This is what I was made to do. I was made to change one person’s mind at a time and that’s what I strive to do every day,” Jarvis-Jackson said.