DeKalb County will commemorate Juneteenth, the ending of slavery in the United States. Traditionally, Juneteenth has been recognized since June 19, 1865, as the date on which Union soldiers landed in Galveston, Texas, with news that the Civil War had ended and that slaves were now free. The first celebration of Juneteenth occurred the following year, in 1866, and it is the oldest known celebration of the end of slavery in the United States.

COVID-19 vaccines will be offered at the event. 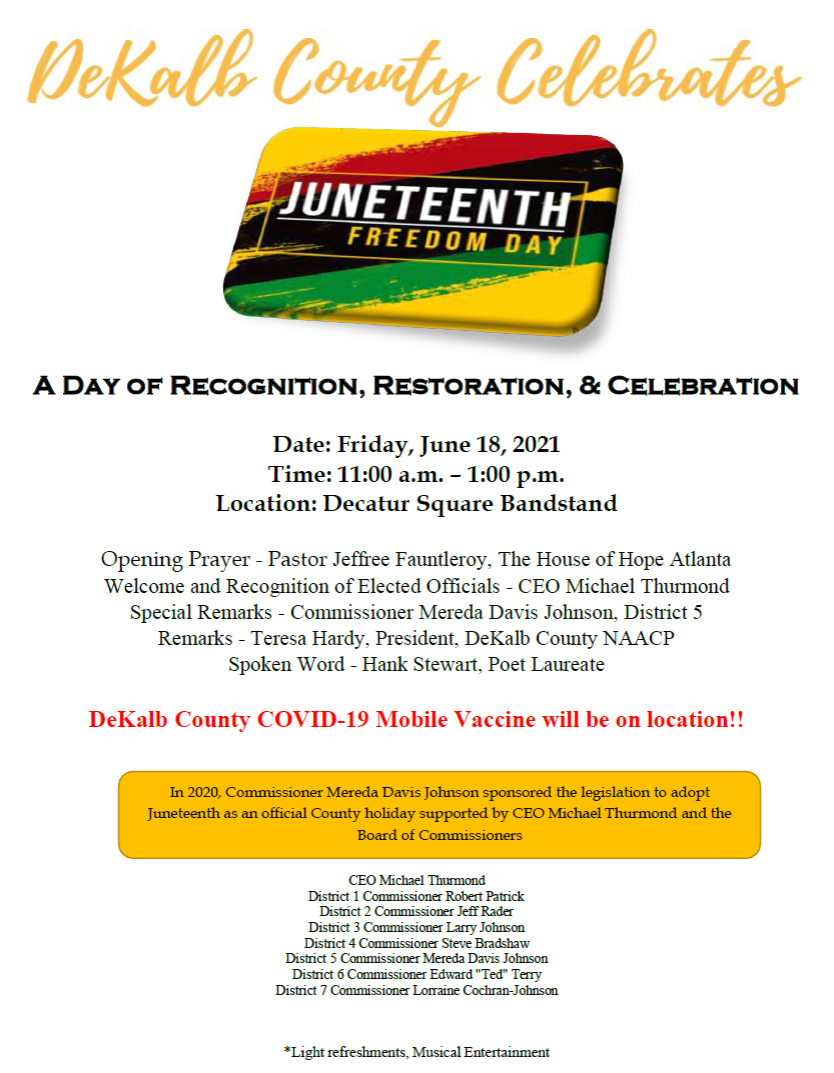 Board of Health to Close COVID-19 Testing and Vaccination Sites on June 30, Shifting Services to Other Sites, Increased Use of Mobile Neighborhood Strategy